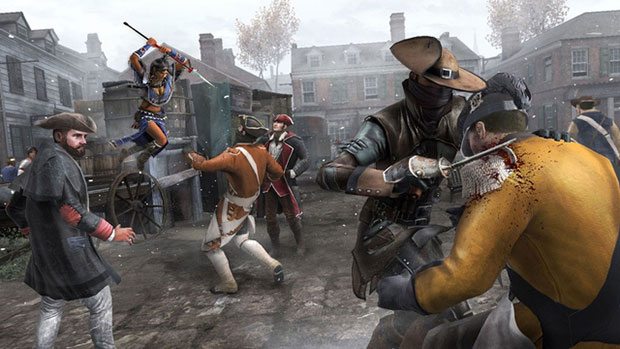 A new trailer for Assassin’s Creed III has managed to sneak its way onto the internet via Game Trailers. The video provides some much needed color on the enhanced multiplayer feature-set for Assassin’s Creed III. The trailer debuted briefly on Game Trailers before being pulled down, so Ubisoft may not have been ready to go live with this information.

It details how the player will use the Animus in Assassin’s Creed III Multiplayer to relive history’s moments. Two new multiplayer modes are revealed in the trailer: Domination, a mode where players are tasked with capturing control points in a 4v4 mode. Wolfpack, which pits you and online friends hunting down AI assasination targets while constrained by time.

New features such as character customization are briefly detailed in the trailer as well. Assassin’s Creed III will take players to an all new setting during the American Revolution this October, when the game releases for the Xbox 360, PS3, and PC. A Wii U version of the game is also confirmed for an undetermined release date.