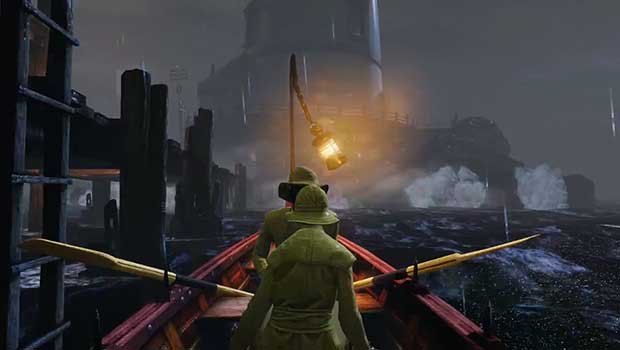 The Video Above contains massive spoilers! Irrational Games has released a new video that shows the first five minutes of Bioshock Infinite.  The video starts off similarly to the original Bioshock as Booker Dewitt investigates a strange lighthouse.

Instead of descending into the depths of Rapture, Booker is instead lured into a rocket chair that will take him to Columbia. Yep, it sounds as crazy as it looks, but in a good way that only Irrational is capable of pulling off.

While this might be the way that Bioshock Infinite will open next year, Ken Levine says that they have focused equally hard on the game’s ending. A recent interview with the director explains that “it’s like nothing you’ve actually experienced in a video game before.” Yikes!