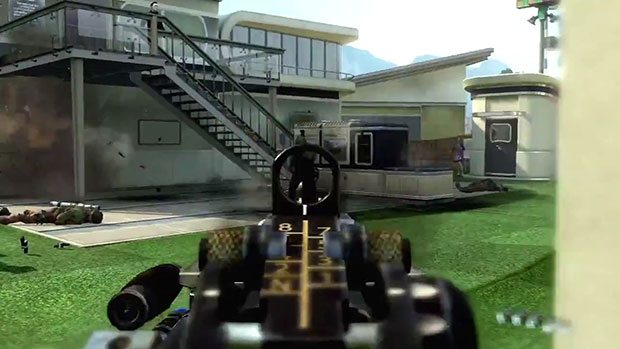 Black Ops II will see the return of the popular Nuketown map, as a part of its multiplayer component when the game releases later this month.

Treyarch, who had been teasing the map for months has recently released this first full-length trailer for Nuketown 2025. It shows off a multiplayer map that is very familiar to fans of the first Black Ops game. From what we can tell, the map is going to be of similar size and structure to the original. It’s also going to feature the famous test dummies that populated the original map, with each round presumably ending with another megaton blast.

The original Nuketown was fan-favorite of Black Ops players, getting a playlist of its own with the Nuketown 24/7 servers. It even had its own secrets to uncover in the form of Easter Eggs. We’ll have to see if Treyarch does the same again in Black Ops II.

This time around, Activision is making you earn your access to the popular map. The Nuketown 2025 map will be a free download for anyone who pre-orders Call of Duty: Black Ops II, and will be offered separately from the game through a code redeemed online. However, Treyarch hasn’t said if or when the multiplayer map will be made available for those that don’t put up their cash ahead of the November 13th, 2012 release.