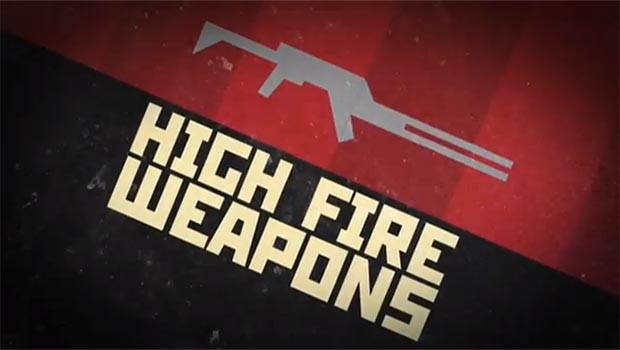 The Vault Hunters in Borderlands 2 will need all the weapons they can find according to a recent challenge issued by the game’s antagonist Handsome Jack.

Borderlands 2 is scheduled for release on the PC, PS3, and Xbox 360 on September 21st.

Vladof weapons tend to have lower accuracy but also have an extremely high rate of fire compared to other guns of similar level rating. Their firearms can often be identified by an orange/brown finish, with grey or white accents. They follow a Russian and East European/Asian-themed naming scheme.

Maliwan weapons/shields always use some form of Elemental technology, but due to this fact, they tend to lack in other areas. Base firepower in particular seems to suffer. Maliwan weapons are distinguished by their unique light blue paint scheme.

The primary feature of Tediore weapons is a very quick reload speed. Weapons made by this manufacturer are common and are well known for being the cheapest and most accessible. Tediore makes legendary grade weapons that innately regenerate ammunition. These weapons follow a “self-defence” style naming scheme.