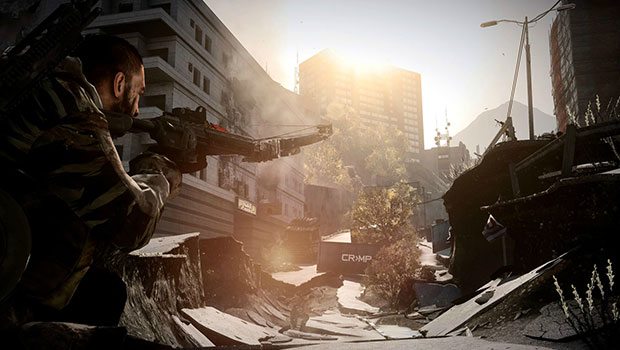 A first look at the upcoming Aftermath expansion for Battlefield 3 details the aftermath of a warzone in a post-earthquake setting in Iran. Putting players smack dab in the middle of all the destruction, Battlefield 3 Aftermath will have you fighting among the debris with heavily modified vehicles and new weapons at your disposal.

Like previous expansions for the popular shooter, Battlefield 3 Aftermathwill feature new game modes. Exclusive to Aftermath is an all-new Scavenger mode, where lost soldiers will start with only a knife, one grenade, and a sidearm, scouring their environment for new weapons.

Battlefield 3 Aftermatch will come available on the PS3 first on November 27th for Battlefield Premium subscribers. Shortly after, the content will arrive on the PS3, Xbox 360, and PC. DICE has outlined the dates for all platforms below: