Dishonored The Path to Revenge 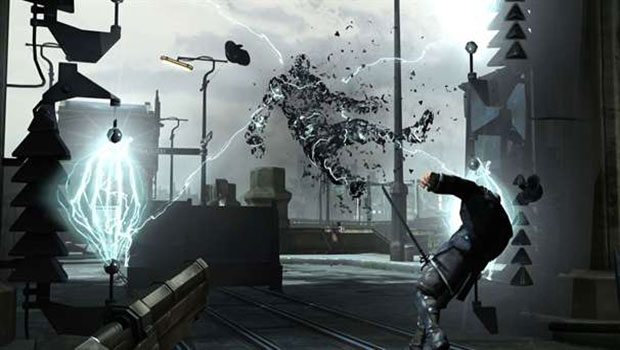 This interactive trailer for Dishonored was just released that shows the different paths you can take in the game to reach similar results. To interact with the video, just pick which gameplay style you would choose when the gameplay path splits. A mixture of stealth and action, Dishonored gives you numerous ways to tackle the many scenarios you’ll encounter as Corvo on his quest for revenge.

Dishonored casts you as a supernatural assassin driven whose been accused of killing the people he was sworn to protect. Creatively eliminate your targets with the flexible combat system as you combine supernatural abilities with weapons and gadgets at your disposal. Pursue your targets under the cover of darkness or ruthlessly attack them head on with weapons drawn. The outcome of each mission plays out based on the choices you make.

Dishonored will be available in North America on October 9, 2012 and throughout Europe on October 12, 2012, and is slated for release on the Xbox 360, PlayStation 3, and PC.