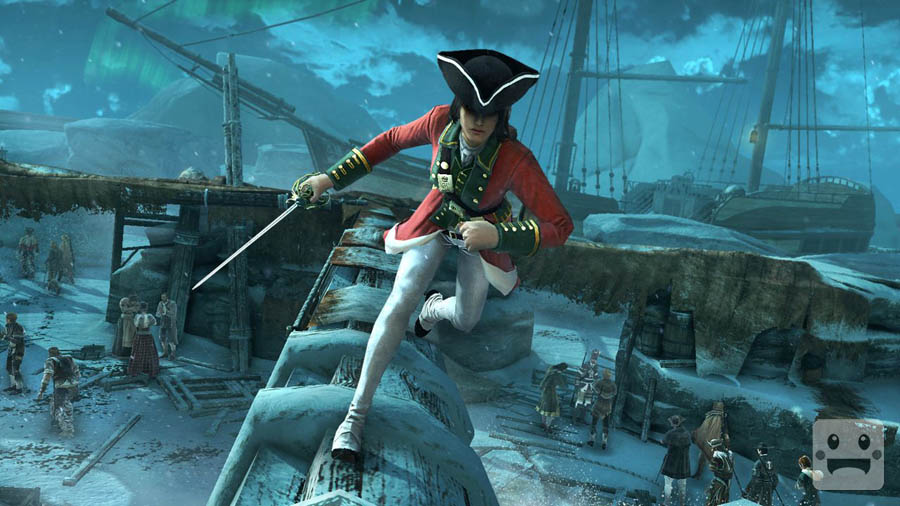 Set against the backdrop of the American Revolution in the late 18th century, Assassin’s Creed III introduces a new hero, Ratonhnhaké:ton, of Native American and English heritage. Adopting the name Connor, he becomes the new voice for justice in the ancient war between the Assassins and Templars. Gamers will become an Assassin in the war for liberty against ruthless tyranny, in the most stylized and fluid combat experiences in the franchise to date.

Assassin’s Creed III is due out in October on the PlayStation 3, Xbox 360, Wii U, and PC.