Lots Of Rage (Gameplay, That Is) 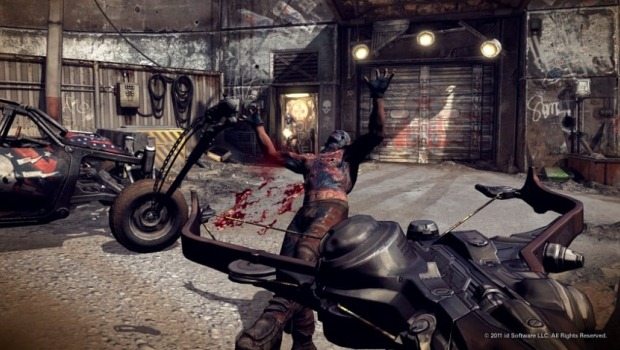 It should come as no surprise that Rage won a bunch of “Game of the Show” awards when it first debuted at E3 2010 and the game is looking like it could retain its title for another year. Thanks to Gamespot, we have about 18 minutes of gameplay to show you, and boy does it look good. The video below also has some of the first vehicular gameplay to be shown from the title which also looks fantastic.

Rage seems like it will offer a level of diversity and depth not often found in today’s industry. It’s almost as if the developers are giving us two games in one when you consider the detail that both the FPS and driving aspects deliver. Really, they could have decided to make two separate games a part of the same universe and sold them at retail price. We’re not even mentioning the multiplayer component yet which is an area that id Software does not take lightly.

The feature we’re most excited for? Mind control crossbow ammunition. That s**t looks awesome. Rage will hit stores on October 4th and you would be a fool not to mark that date down on your calendar.