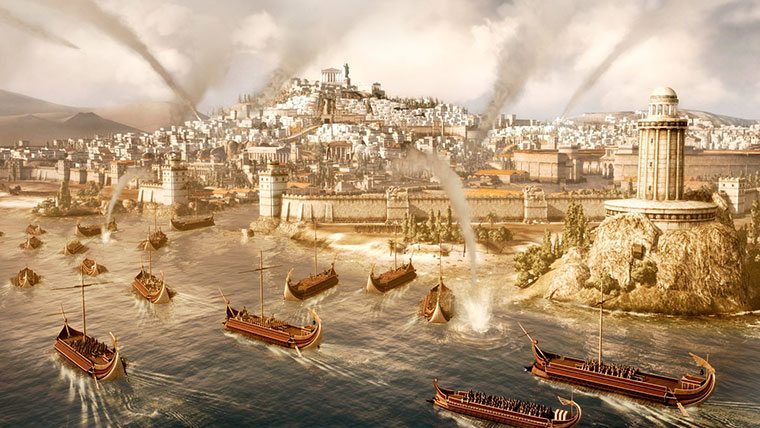 Not content with merely teasing us poor fans with what cities will be like in Total War Rome 2, Creative Assembly continues it’s unrelenting charm offensive of teasers and screenshots with a new trailer of naval combat in Total War Rome 2 that can be found below.

Naval combat in Total War Rome 2 will not differ overly much from that of Shogun 2 Total War with a heavy emphasis on ramming and arrows. It is also confirmed that different factions will have their own special, historically correct ships with their own strengths and weaknesses. Momentum and multiple ships boarding simultaneously will be just one of the many keys to victory in the naval battles of Total War Rome 2.

To read more about Total War Rome 2, look no further than our guide to everything you need to know about it. Total War Rome 2 is set for release on September 3rd, exclusively on PC.

How are you holding up to this Creative Assembly offensive? Leave a comment below!