The latest news in the world of video games at Attack of the Fanboy
June 10th, 2014 by William Schwartz 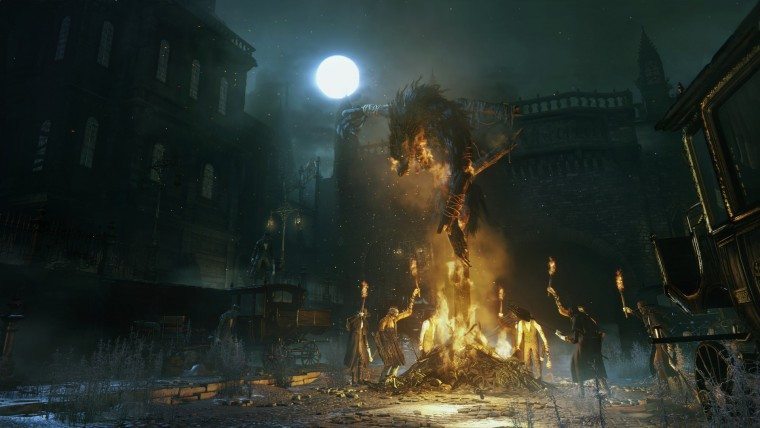 During last night’s Sony press conference at this year’s E3 expo, From Software revealed their next video game in development exclusively for the PlayStation 4. The game is known as Bloodborne and it just happens to be the Project Beast rumored about these past few weeks.

Bloodborne is an Action RPG that takes players into an alternate history. A famous city Yharnam is known for their vast knowledge and practice of medicine thus several people flock to the city for help. However, the ill are not the only ones to inhabit the city skirts. Demons and creatures roam Yharnam.

Players will have to navigate around the city and take down the nightmarish creatures in what has been claimed to be in the style of Demon’s Souls but quicker and more offensive. As of right now, Bloodborne is set to launch early 2015. Feel free to take a look at the E3 trailer down below but be warned, the trailer is graphic.