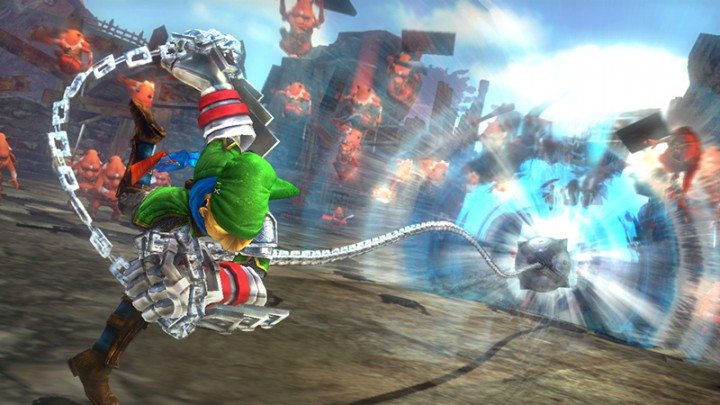 A new gameplay trailer has been released for Hyrule Warriors taking a look at Link’s special Power Gloves.

Link’s Power Gloves give him lots of punching power. He can punch a lot of enemies and can deal a lot of damage with them. The Power Gloves gives him more strength in Hyrule Warriors too. Expect to see Link pick up big boulders with ease and hurling them at his enemies. The level that was shown briefly takes a look at the boss battle against “The Imprisoned”. This was the annoying boss Skyward Sword players had to face three times. Many have called him to be one of the worst Legend of Zelda bosses of all time. Hopefully he is not so annoying in Hyrule Warriors.

As noted in previous reports, Hyrule Warriors is a different take from a normal Legend of Zelda game. Here, you can choose to play as other characters other than Link. You also get to choose what type of weapon you want to use before you enter a stage. However, only one weapon and be used per stage. You cannot change weapons once you enter a level sadly.

Hyrule Warriors is a Wii U exclusive coming out this September.