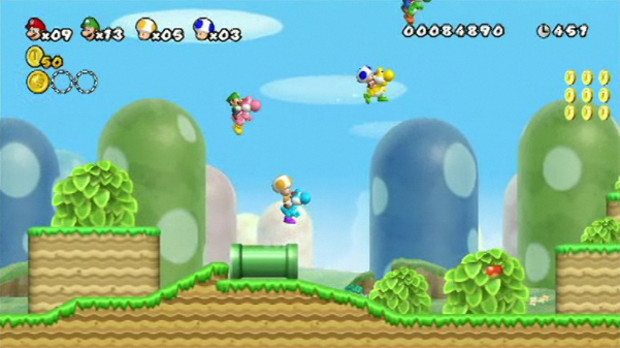 Now this is the type of Nintendo criticism that is completely warranted. The Super Mario Bros. franchise has been sold and re-sold a million times on every Nintendo console known to man. I know for a fact that this game will sell countless units based on the name alone and it would be ignorant to say that it won’t be fun, because every Mario title is in one way or another.

The problem here is that this looks and probably will feel identical to Super Mario Bros. Wii with the only difference being that they replaced the “W” with an “M” and now you can play with your virtual Mii. In reality, that’s an addition that probably should have been included with the Wii version and I don’t see many fans of the series being too happy if that is the game’s only innovation.

Note: The picture above is from Super Mario Bros. Wii