2018 Might Be the Last Year the 3DS is Relevant

The latest news in the world of video games at Attack of the Fanboy
January 11th, 2018 by Dylan Siegler 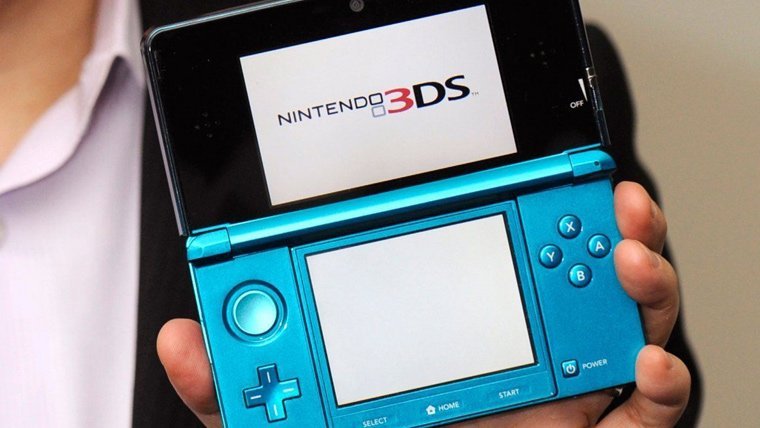 Ever since we learned that the Nintendo Switch will be a home/handheld-hybrid console in 2016, people have wondered how much longer the purely handheld 3DS will be relevant. 2017 proved that the 3DS still had some tricks up its sleeve with games like Pokémon Ultra Sun/Ultra Moon, Metroid: Samus Returns and Fire Emblem Echoes: Shadows of Valentia, but is it finally time to say goodbye to the handheld console? It seems to me that there are a few indications that it may be.

2018 isn’t looking impressive for the 3DS

As 2018 began, several “Games We’re Looking Forward to in 2018” lists were published all over the internet. How many of these highly anticipated 2018 games are 3DS games? Not many, if any at all. The Switch, PlayStation 4, Xbox One and PC all have their exciting exclusives everyone is looking forward to, as well as plenty of cross-platform games that can be played on all of them, but there aren’t a whole lot of 3DS games people are looking forward to.

Even if you look up upcoming 3DS games on Nintendo’s own website, you probably aren’t going to be very impressed with the list. There are only ten games on it, and none of them look like they’re going to exactly be huge sellers. If you’re a big fan of ATLUS’ JRPGs, you might be more excited than most people for the 3DS’ 2018 lineup, considering ATLUS has three games coming out on the console this year. But even if you fall into that camp, you can’t overlook the fact that The Alliance Alive is the only new ATLUS game coming out for the 3DS, with both Shin Megami Tensei: Strange Journey Redux and Radiant Historia: Perfect Chronology being remakes of existing games. Then there’s the Kirby spinoff Kirby Battle Royale, but if you’re a Kirby fan, you’re probably more excited about the new mainline game Kirby Star Allies coming to the Switch in March. There’s also Sushi Striker: The Way of Sushido coming to the 3DS sometime this year, but that’s about the only other big game set to come to the console. There are also some small, cheap, mobile-game-like games like Raining Coins or Operation COBRA, but nothing that’s going to get people rushing out to buy a 3DS if they don’t already have one. The only other game of note on this list is Shovel Knight: King of Cards, but you’ll be able to play that game on pretty much any current-gen console, so that’s not exactly a big title for the 3DS specifically.

There are some other lists online of upcoming 3DS games that include other ports, like Dragon Quest XI: Echoes of an Elusive Age, and spin-offs, like Persona Q2, but without a good amount of exclusive and main series games of big franchises, it seems unlikely that the 3DS is going to survive much longer. According to Zelda Dungeon, there is a rumor of a new Zelda game coming to the 3DS this year, but this hasn’t been confirmed yet. Also, according to the rumor, this supposed Zelda 3DS game will be just another spin-off game, basically being a remake of the 1993 Game Boy game Link’s Awakening. I’m sure Zelda fans will be excited to get this game if the rumors turn out to be true, but simply being a remake of a game 25 years old, I don’t think it’s something that’s exactly going to keep the 3DS relevant for years to come. Obviously, there will probably be several new 3DS games that come out this year that haven’t even been announced yet, but the console’s start-of-the-year lineup is making it seem like the 3DS is on its last legs.

Pokémon is done on the 3DS

Another big indication that the 3DS is probably nearing the end of its lifespan is the fact that the mainline Pokémon series is done with the console, moving to the Switch instead. Ahead of the release of Pokémon Ultra Sun and Ultra Moon last year, it was revealed that those games will be the last in the series for the 3DS. This coupled with the fact that there is a mainline Pokémon game currently in development for the Switch, the first time a mainline Pokémon game will come out for a console that’s not purely handheld, it seems like the 3DS won’t be relevant for much longer.

Pokémon is by far the biggest handheld franchise for Nintendo, so even without looking at the history of releases, the fact that the series is now done with the 3DS entirely and will be moving to the Switch seems to imply that the Switch is going to be replacing the 3DS as Nintendo’s handheld console going forward. Speaking of which…

Nintendo is going all in with the Switch

We already discussed how the 3DS’ early 2018 library isn’t very impressive. Meanwhile, there are plenty of Switch games on early “Games to Look Forward to in 2018” lists. Nintendo seems to be putting a ton of stock in the Switch while the 3DS is left by the wayside. Just early today (January 11), Nintendo had a Nintendo Direct Mini presentation, in which a number of announcements for upcoming games and updates were made. In total, there were 17 announcements in this video and they were almost all for Switch games. At one point it was very briefly mentioned that a demo for the upcoming 3DS game Kirby Battle Royale is currently available, but that was it. The rest of the 15-minute video was completely dedicated to the Switch. Announcements made in this video were for games and updates with release dates as early as January and as late as this summer. With no news on the 3DS front, are we supposed to believe that there are going to be few, if any, notable games coming to the handheld console for the first half of this year? That’s not a great sign.

Today, we got news for such franchises as Mario, Pokémon, Donkey Kong and Kirby, all of which have games or updates coming to the Switch, not to mention the new Metroid, Fire Emblem and Bayonetta games that we already know are coming exclusively to the Switch. Meanwhile, the 3DS is getting mostly spin-offs and remakes, and not even that many of them. It’s also interesting that one of the announcements during the Nintendo Direct stream was for a Switch version of the game The World Ends With You, a game that originally came out for the DS. One would think that it’d be more natural for a remake of a DS game to come to the 3DS; unless, of course, the 3DS is becoming irrelevant. A new version of Hyrule Warriors was also announced, leaving behind the Wii U and 3DS versions of the game, again signifying that the 3DS is outdated.

With a largely unimpressive 2018 library, filled mostly with spin-offs and remakes and lacking many mainline and exclusive titles, as well as seemingly being replaced by the Switch as Nintendo’s preferred handheld console, it seems like the 3DS probably doesn’t have much longer. In an interview with The Verge from early last year, Nintendo of America president Reggie Fils-Aime stated that Nintendo would be continuing to support the 3DS through 2018, but spoke nothing of the console’s future beyond that. Perhaps 2018 is the year Nintendo squeezes every drop they can out of the 3DS before fully replacing it with the Switch.