5 Co-Op Horror Games to Play if You Love Phasmophobia

Get your thrills and chills with these great horror games! 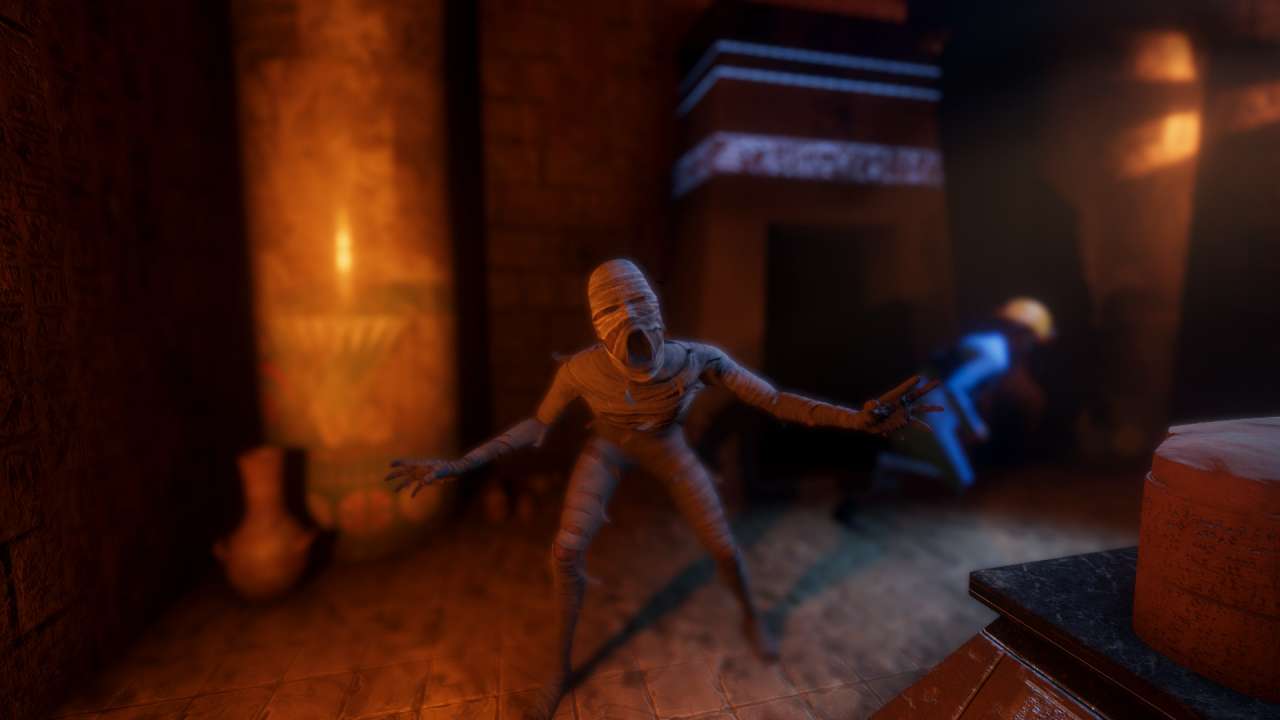 Sometimes the best feeling in the world is facing your fears along with friends, cooperating to survive against a common enemy, be they monsters, ghosts, or other unknown quantities.  Or maybe it’s having that one squeamish friend who makes any scary game far more entertaining when they’re spooked by every possible jump scare or unsettling sight.  But co-op horror games are on the rise, and due to the massive success of games like Phasmophobia, players might be looking for other games to scratch their itch, for if ghosts aren’t quite their scene, or they’re looking for a slightly different approach to the formula.  Here is our list of 5 Co-Op Horror Games to Play if You Love Phasmophobia!

5 Co-Op Horror Games to Play if You Love Phasmophobia 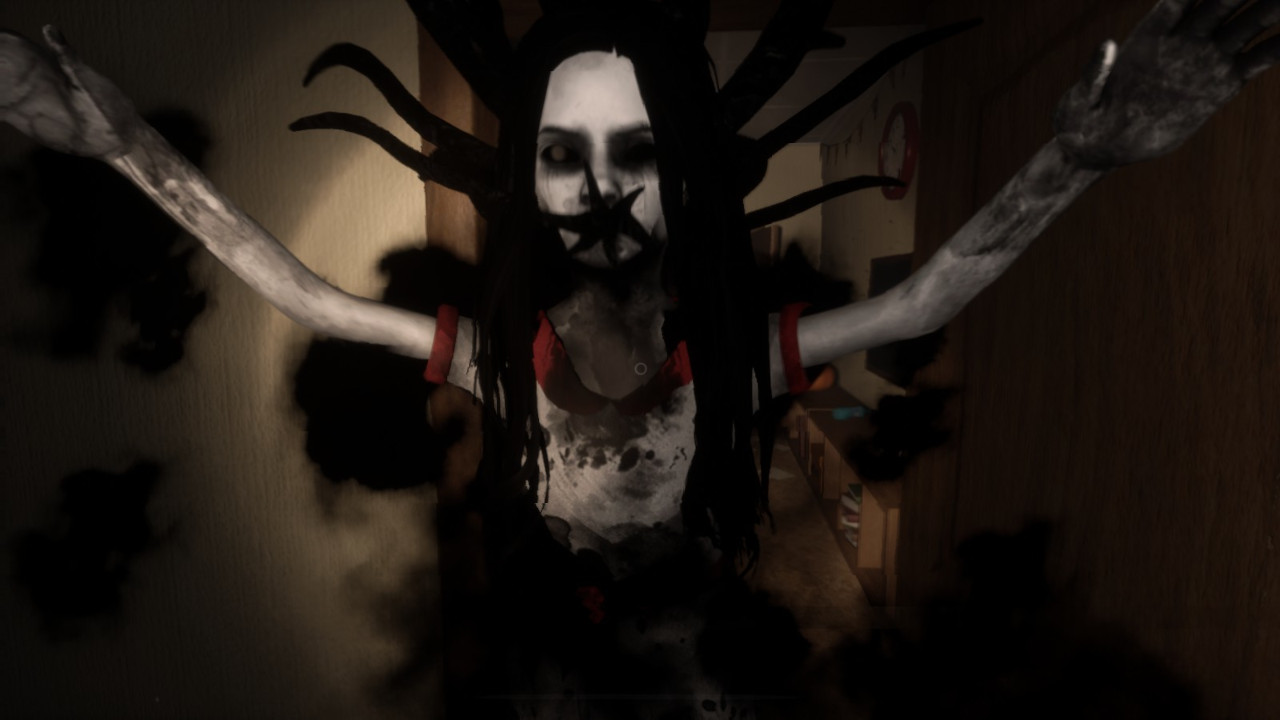 Hellcoming takes several cues from Phasmophobia including exploring abandoned, poorly-lit buildings; but instead of hunting ghosts, you’re clearing up messes, impressions, and hazards left by an incredibly dangerous demon, with the goal being to exorcise them from this world.  You must use the different tools provided to scrub, vacuum, burn or zap away the messes around each map, and doing this contributes to unsealing the demonic artifact you must recover and destroy to exorcise the inhabiting presence from the map.

While it’s inherently satisfying to clean these messes, it’s also chilling when that familiar heartbeat sound effect plays up, and then you hear that blood-curdling screech of the wandering demon finding and trapping you.  While Phasmophobia creates an atmosphere that inspires dread and anxiety, Hellcoming serves up some moments of absolute terror. 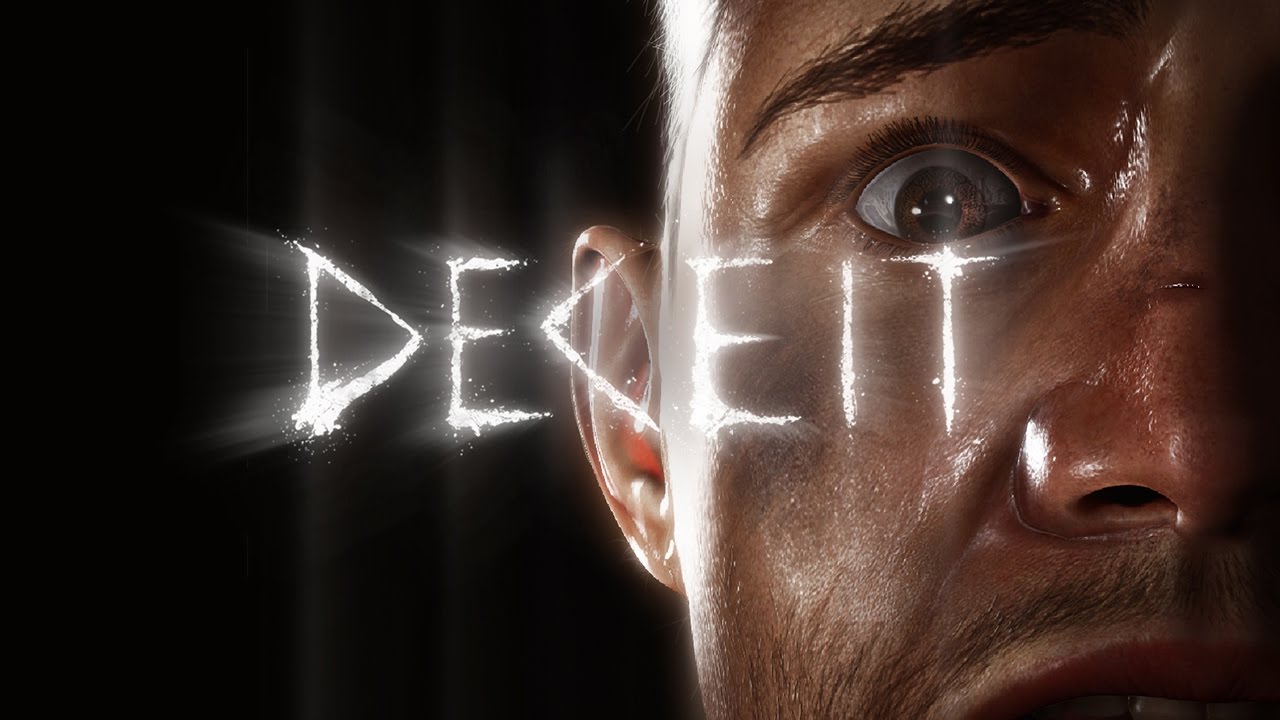 You’re either innocent or infected.  Deceit is a game where innocent players must escape, while infected players can transform into violent predators, and must stop the innocents from escaping, and thus it becomes a violent test of trust for the group, where anybody.  This game also predates the global phenomenon that is Among Us and presents players with the option to co-operate if they have figured out who is not going to attack them when the lights go out, and has proven to be popular with streamers.

Keep an eye on those blood bags, and be ready to expel terrors with whatever weapons and tools you have when it goes dark.  Make sure not to give in to hysteria when suspicion runs amok, otherwise, players can massacre each other early on. 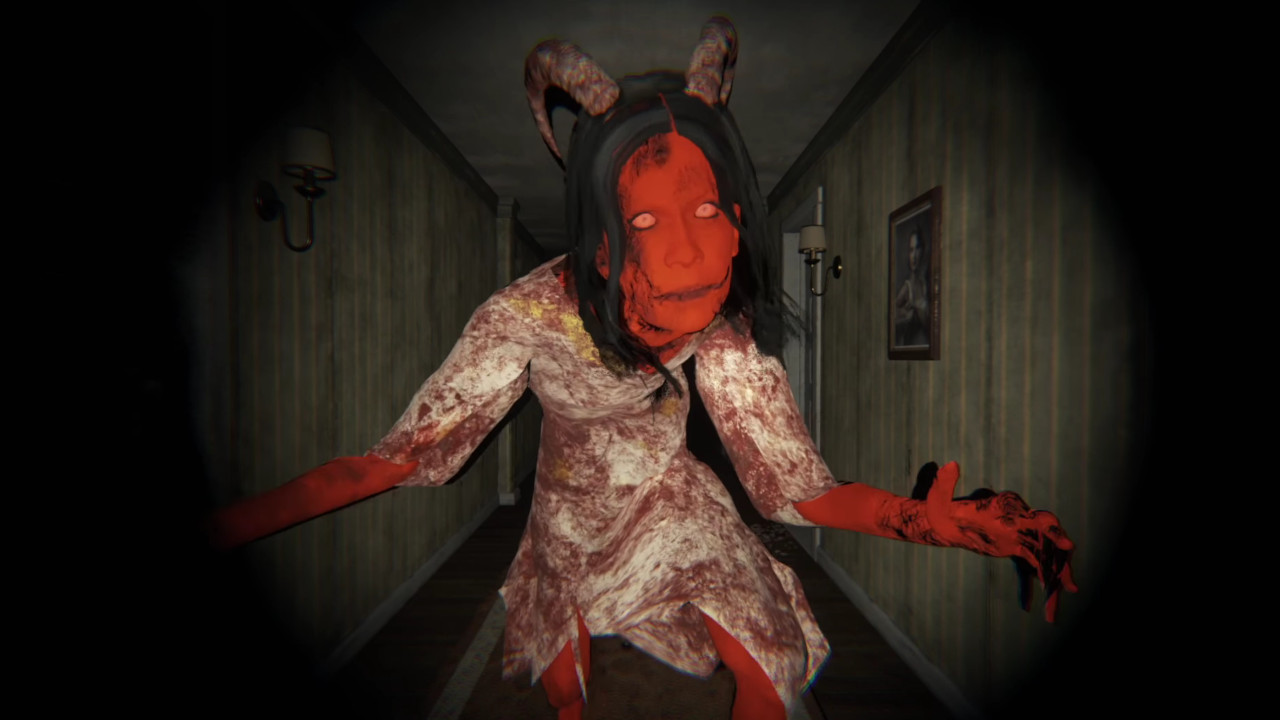 Much like with Hellcoming, you might notice a common thread connecting some of these list entries – Phasmophobia popularized a trendy formula for co-op horror games, and Devour swapped out ghosts for murderous cultists.  You must reverse their darkly exoteric ritual while evading attacks by demons and a terrifying roaming Anna.  The game shares many common elements with the Phasmo formula, including UV flashlights as a versatile tool, and poorly-lit maps you must navigate, but with a significantly greater amount of goat sacrifices. 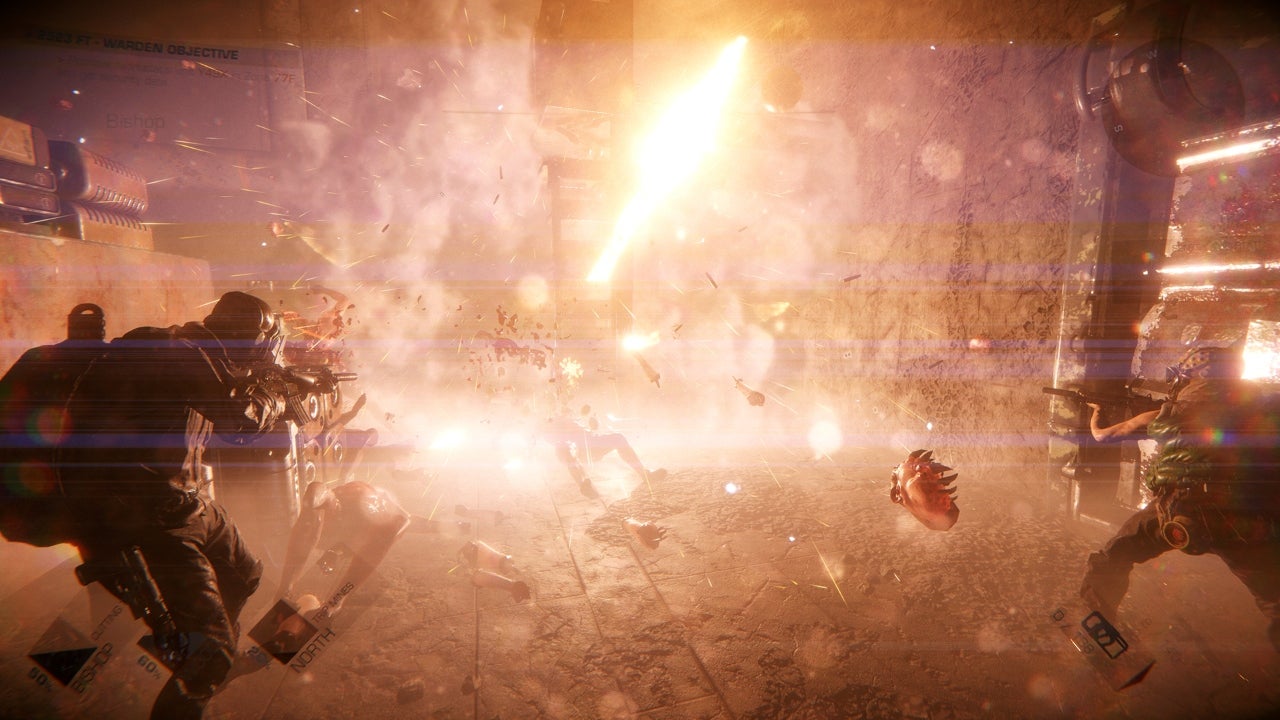 While GTFO appears to resemble a more mainstream shooter experience, to conclude with that statement about it would do the game a disservice.  GTFO has layers of depth, having players rely on stealth, teamwork, being economical with their resources (ammo is very limited), and maintaining good strategy, to fight the numerous threats while you complete objectives and progress through the game’s facilities.  The sound design and graphics are excellent, of AAA quality, and present a punishingly difficult, immersive sci-fi horror experience that games like Rainbow Six Extraction can only hope to emulate. 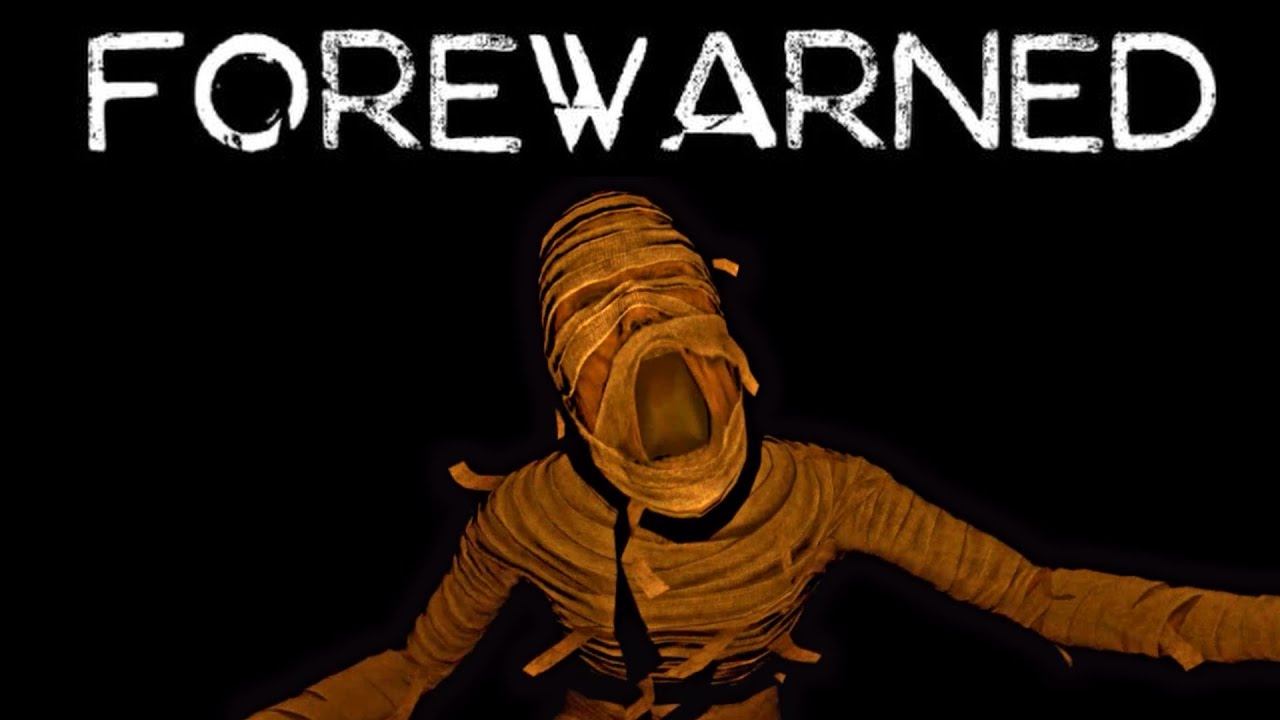 While some games in this list are more obviously similar or inspired by Phasmophobia, such as Hellcoming or Devour, or share elements with the game such as teamwork and coordination found in GTFO, Forewarned is a game that takes the Phasmo formula, and creates something clever, unique, and engaging.  Forewarned is the answer to the question “what if you made Phasmophobia, but you explore ancient Egyptian tombs?”  The answer, as it turns out, is rad, and while it shares a LOT in common with Phasmophobia, with tools that share many of the same functions, and identifying the evil spirits, called Mejai within requires the same type of deductions.

You must correctly identify the Mejai to enter the depths of the tomb, then seize the relic within, angering the spirit, while finding the hidden mechanism to reopen the entrance and facilitate your escape.  The tombs you explore are procedurally generated, and you’ll be hounded by threats such as crocodiles, reanimated mummies, or Anubis.  The tombs are littered with traps.  If you die, you can respawn as a good or evil mummy and still potentially help players.  The inventory system is even more accommodating than in Phasmo (it seems unreasonable that a lighter takes up a third of your carrying capacity, after all) with upgrades available for that among other features.

The game certainly takes cues from Phasmophobia, but is a deep, rewarding co-op horror game by itself and carves a fun niche for players looking for a great alternative.  The spirits within speak to you with a voice that seems to come from all corners of the room, and raiding these tombs feels like you’re disturbing a potentially great power, so pack some torches and keep an eye out, sometimes the Mejai like to disguise themselves as your teammates.  If you like Phasmophobia, you’ll love this.

This concludes our list of 5 Co-Op Horror Games to Play if You Love Phasmophobia!  Be sure to keep an eye out for more games like these, and experience all the thrills this subgenre provides, while checking out our guides to help you experience them to the fullest!  Every one of these co-op horror games is available on Steam.