5 Franchises Telltale Needs to Tackle Next

The latest news in the world of video games at Attack of the Fanboy
March 8th, 2016 by William Schwartz 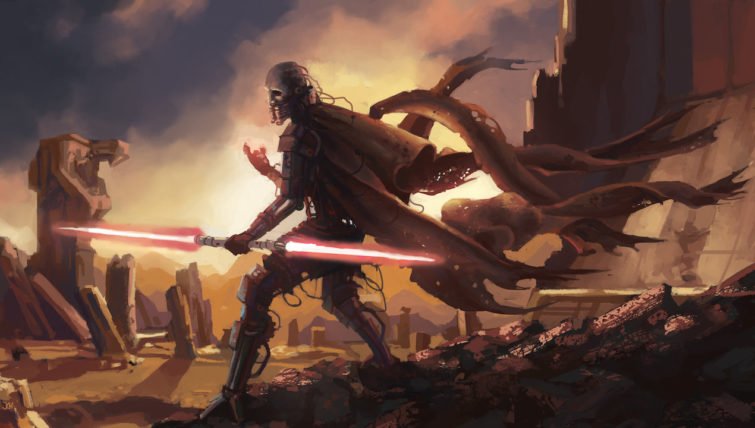 If there’s a story to be told, you can bet Telltale Games is coming up with clever ways to tell it. From the popular Walking Dead comic-books, to the quirky Monkey Island series, Telltale is finding new interactive ways to bring their stories to life. With a collaboration with Marvel planned, and a Batman game on the way, Telltale isn’t short on franchises to get their hands on. Here are some of the franchises we would like to see Telltale Games tackle. 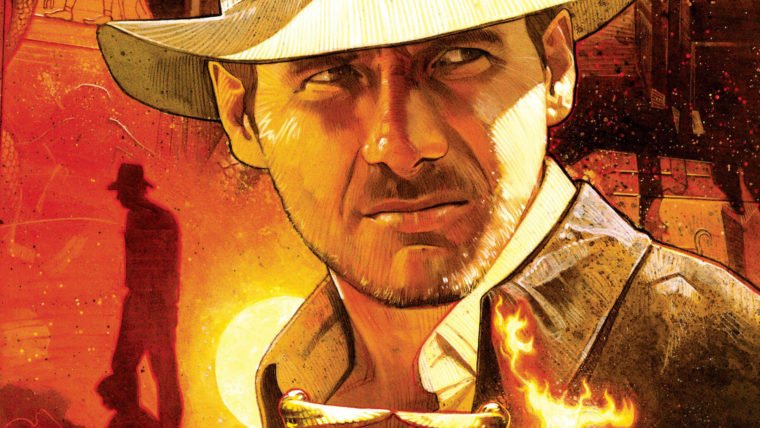 No one should recast or reboot the iconic Indiana Jones role, especially given Harrison Ford’s charming performance throughout the films. Even with the less-than stellar fourth movie, no one can play the suave fortune hunter and womanizer better than Ford can. Let’s face it, Ford isn’t getting any younger. While he gave his best in Kingdom of the Crystal Skull, you could really see his age show. So let him lend his voice or someone that sounds like him and have Telltale convey their own story within the franchise. There are still plenty of mythological artifacts and civilizations left for Indy to uncover, perhaps discovering the lost city of Atlantis, or bathing in the Fountain of Youth. Given the fictitious aspect of Indiana Jones, and the many close calls Jones has, you can pretty much get away with any crazy story. 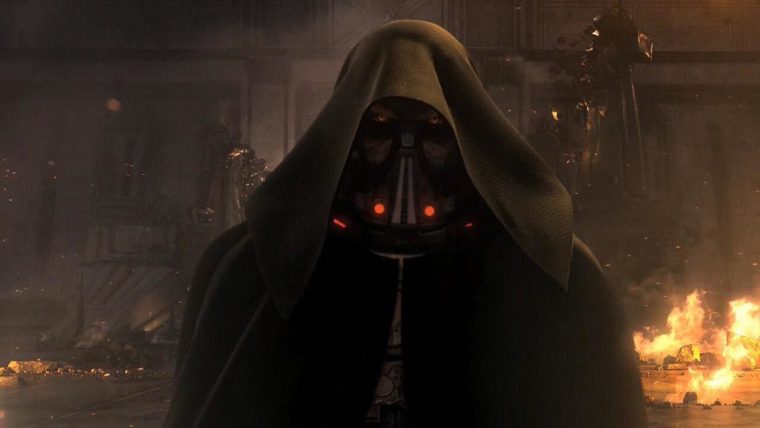 This one has a whole universe behind it, and there is plenty to draw lore from. It’s the Light Side vs. the Dark Side, Sith vs. Jedi, Master against Apprentice – Star Wars plays out like a big space opera, with drama around it. Whether it’s a father trying to get his son to rule the galaxy with him, or a Master dismembering his former student. There isn’t just the movies to get inspiration from – there are books, comics, TV series, bad fan fiction; and the official canon to go by.

Telltale can pull one of the many stories out of the Star Wars lore. One I would like to see told is the creation of the Sith, a former Jedi’s turn to the dark side, rising up against the Jedi Order to rule the galaxy. Or perhaps even Darth Plagueis, betrayed by his former apprentice Darth Sidious. The tale of Plagueis was only mentioned briefly in Revenge of the Sith, so let’s see the whole picture in a Telltale Game. I would gladly have Telltale take any story from the Star Wars universe and put their own spin on it. Let us see more red saber action and betrayal, perhaps with an even darker theme. 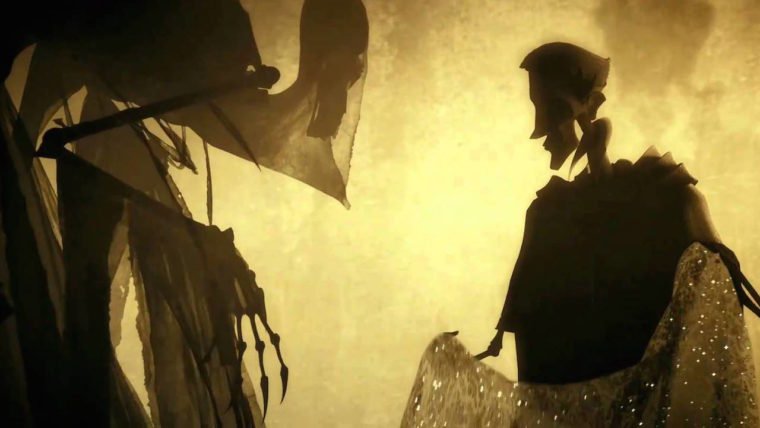 Hogwarts was founded by four individuals, whom were made up of two wizards and two witches. Where do you think the names Gryffindor, Hufflepuff, Ravenclaw, and Slytherin came from? Those aren’t just cool sounding last names, those are the different houses of Hogwarts. Five points to whoever knew that, and ten points to Gryffindor just because. One story told in the Harry Potter books, and briefly in the movies, was The Tale of the Three Brothers: the original masters of the Deathly Hallows. Cheating death with their cunning magic, Death granted the three brothers gifts. These three gifts were: The Elder Wand, The Resurrection Stone, and the famous Invisibility Cloak that Harry Potter possessed. But the most fascinating gift would be The Elder Wand, who had several owners throughout the years. This Tale of Brothers would make for an enthralling story, if told appropriately.

The Wizarding World spans many centuries in the Harry Potter Universe, with many famous wizards and witches. The countless stories mentioned in the books and movies all sound very mesmerizing. There is a lot of history and inspiration for Telltale to work with. The rise and downfall of wizard Tom Riddle would make a pretty remarkable episodic story. We could see his rise as Lord Voldemort, maybe even his attendance at Hogwarts. Whatever the story may be, we’re sure it would be worth telling. 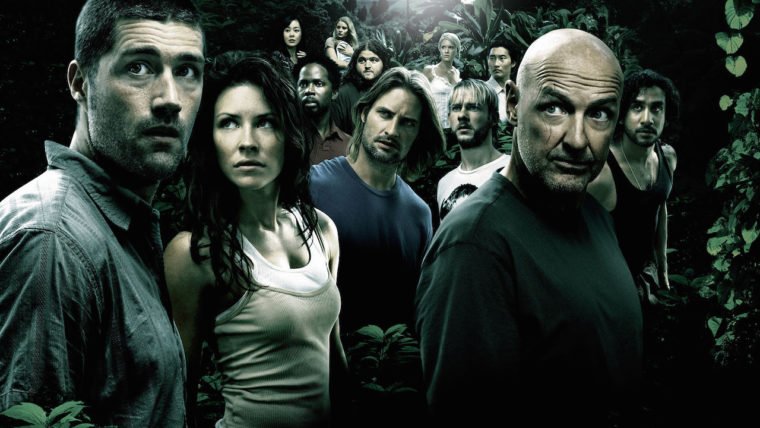 The TV show that became a phenomenon, and a cultural icon. ABC’s LOST was a massive hit and risk that eventually paid off. The show centers around a group of survivors crashed on a mysterious island. Traveling between Sydney Australia to Los Angeles, Oceanic Flight 815 crash landed somewhere in the South Pacific. The 48 survivors begin to endure their time on the island, and cope with their new surroundings. What made the show so great were the many characters introduced in the series, and of course the memorable flashback scenes. With plenty of mystery and easter eggs scattered in the show, fans were always speculating and trying to solve them. Season one of LOST is perhaps one of my favorite viewing experiences ever! I never caught the first season as it aired, but fondly remember renting it from my local video store. From there I was hooked and had to have my LOST fix. Getting to experience another story in the LOST series would be pretty great as a longtime fan of the show. With Telltale behind it, even more so!

Lost: Via Domus already attempted to capture LOST in a video game form, while I enjoyed the game for what it was, there were many who panned it. For one, none of the original cast voiced their respective characters, the ending was left on a cliffhanger, and the gameplay mechanics were pretty clunky. But one of the things I did enjoy in the game was the newly introduced character Elliott Maslow, another passenger on Flight 815. He had his own cryptic backstory and flashback scenes true to the flavor of the show. You even get to interact with some of the survivors on the island: Jack, Kate, Sawyer, and many more make an appearance. With Telltale’s writing, you could get some cool choices to make and characters to relate with. You could play as a passenger who has no recreation of his memory, sort of like Elliott from Via Domus. Create a remarkable story, filled with difficult choices and exciting dialogue. You play as a survivor, with your own secrets and story to uncover.

Lord of the Rings 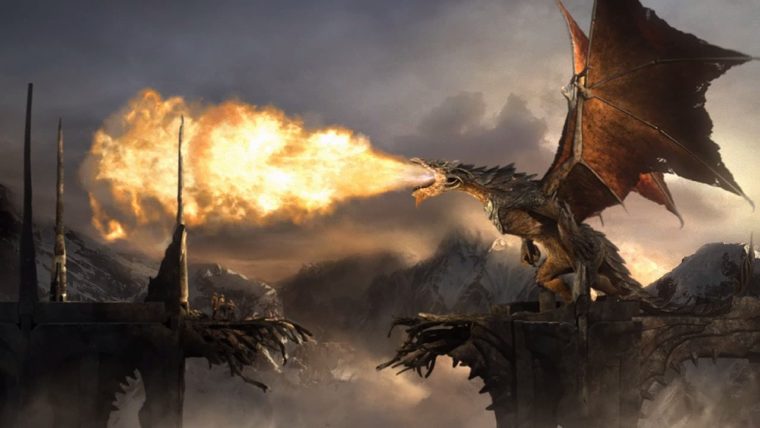 I think from a story side this one is obvious. Lord of the Rings is fundamentally the basis for modern fantasy novels, movies, and video games. The trilogy was brilliant on paper and on the big screen. To understand the immense amount of lore behind Lord of the Rings you would need to take a course, there is a lot to take in. I’m not going to pretend to understand all of it, or even half of it; as a fan of the original LOTR movies, and not really much of the Hobbit films, there is still plenty to see in Lord of the Rings. From the creation of the greatest dragon to exist Ancalagon, to the first Dark Lord Morgoth.

There are several different ages to explore, characters to see, and stories to tell. Telltale just has to randomly flip through a Lord of the Rings Wikipedia and land on something worth reading. One story I would like to see unfold interactively would be Aragorn’s years as a ranger, known to the people as Strider. Aragorn was called various names in his years, and went on countless journeys. Some of his adventures need to be seen, with players discovering and seeing them unravel in several episodes. Aragorn is one of the many great characters in Lord of the Rings; we’ve seen him join Frodo Baggins on his journey and forming the Fellowship of the Ring. Take his character and give him a captivating story, I would love to see his years as a Ranger told.

Some of my favorite video game moments recently were playing through season one of The Walking Dead and the Wolf Among Us. Telltale let me experience these fascinating stories and unique characters with these games. Given the massive amount of backstories in some of the franchises I listed above, Telltale Games can certainly put out a great game set in the boundaries of these worlds. What did you think of the list, do you agree or would you have added something else? Let us know in the comments down below.