A New Player’s Journey into The Elder Scrolls Online: Elsweyr

It's scary and big, but a lot of fun While I’ve been a gamer for most of my life, I’ve mostly avoided the MMORPG genre. Even when a franchise I enjoyed very much transitioned to MMO form, such as The Elder Scrolls, I still stuck to my guns. That’s not to say I haven’t ever played The Elder Scrolls Online. I’ve checked it out mutliple times, mostly at conventions, but I’ve never sat down and played continuously with the intention of building a character and experiencing the story and world of Tamriel through this medium. That changed with the release of the latest expansion, The Elder Scrolls Online: Elsweyr.

After receiving a copy of the the base game, all previous DLC, and the new Elsweyr expansion, I figured now was the perfect time to give it a true shot. Of course, every developer says that “now is the perfect time to join the fun” whenever a new piece of content is released, but with Elsweyr it seemed especially true. This was a new realm to explore with a familiar story of dragons awakening to terrorize the people. And the way ESO handles DLC is pretty interesting, segmenting them into Chapters that can be played separately from the main campaign, if the player wants.

So I dove into the land of Elsweyr, playing through the opening and many of the early missions. What’s it like as a new player? Pretty simple, actually. The game walks you through everything you need to know, as expected, but the real joy is how well it all works as a totally fresh character. You have a reason to be there and go on this journey, and it all fits together just like a typical Elder Scrolls game does at the start. Past that, things are so familiar as to cause deja vu at times, before the game shows its true self as an entity outside the Morrowing, Oblivion, and Skyrim realms.

Yes, I’m adventuring around a world populated by cat people and random fantasy tropes. And yes, my very first quest takes me deep into a cavernous dungeon where I wander around killing undead creatures. But the end result of that adventuring is quite different to what I’ve come to expect from an Elder Scrolls game. For one, there’s other people around, though my newcomer status means I’m a bit too shy to delve too deeply into that pool. Otherwise the real difference is in how intricate the leveling systems are, and how far I feel I can take my character. 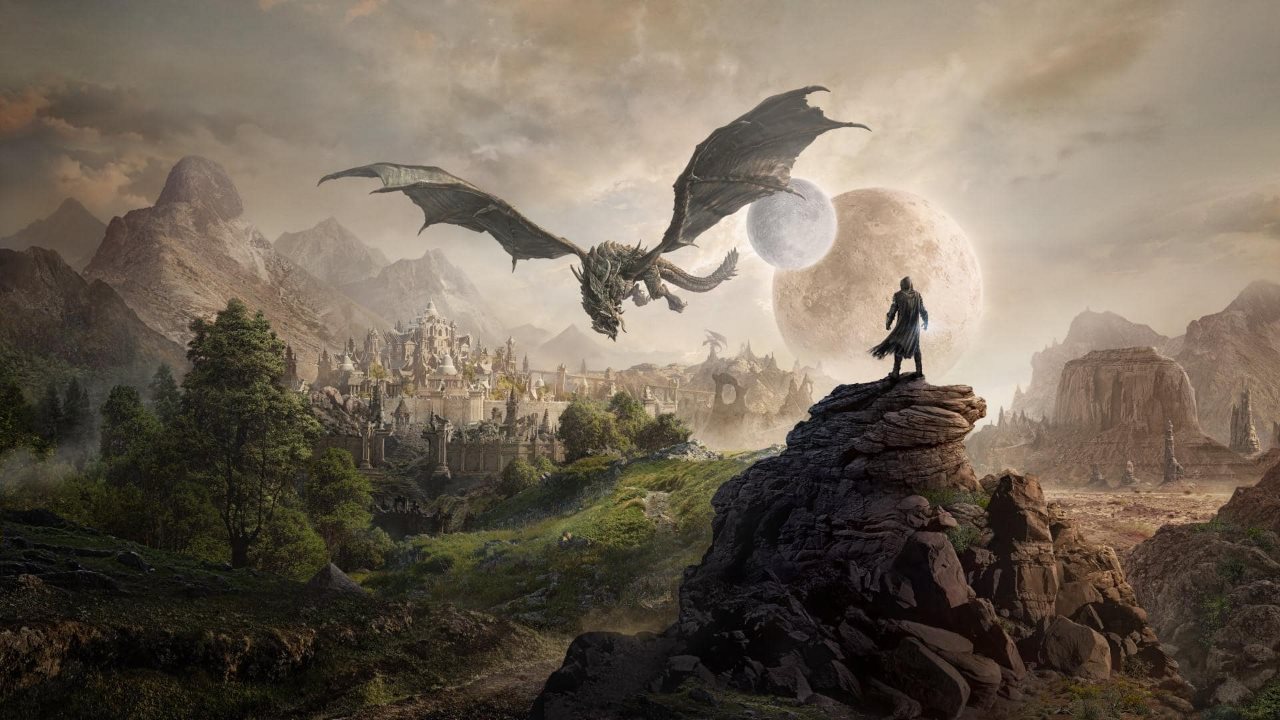 Starting out in The Elder Scrolls Online: Elsweyr can be a bit jarring in this respect. The leveling system is simple in a lot of ways, but it’s still overwhelming when you first begin. What’s important? What do I need to do with my character? Of course, the answer is that not much is all that integral to your survival, and you can do whatever you want, but getting over those mental hurdles takes some effort. I played as the new Necromancer class, offering me some unique abilities that were far different from my typical sword-based characters. It’s been fun messing with these things, though so far my special skills mostly boil down to unique ways of dealing damage and healing my non-existent teammates.

Still, though my character may be focused on teamplay in many ways, he’s handling himself rather well all alone. I’ve completed missions and quests with ease. Elsweyr has held my hand when I needed it and let me fumble around on my own when I didn’t. As a mostly solo player it’s been nice to see how well The Elder Scrolls Online accepts this decision. I do plan on getting together with other players at some point, but only when I don’t have the ever looming threat of total embarassment hanging over my newbie head.

I’m getting there, with my character leveling up at semi-regular intervals as I complete random quests and parts of the main story. While the plot isn’t anything mindblowing just yet, it’s a nice piece of Elder Scrolls lore that helps connect me even further to the games I’ve already enjoyed. And with the base game and other expansions waiting, there’s really no end in sight to my Elder Scrolls Online adventure. Has it grabbed me like the single player games? Eh. Not quite as much, but it’s pretty darn close. It’s enough like them that I feel confident recommending this as a great jumping on point for new players, even if you’ve steadfastly avoided MMOs like myself.