Could The Last of Us have been better with an alternate ending?

The latest news in the world of video games at Attack of the Fanboy
July 4th, 2013 by William Schwartz 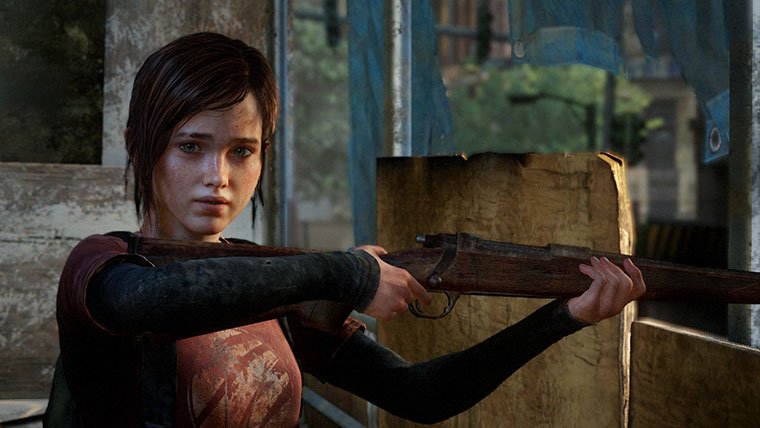 (Warning: Major Plot Spoilers Below) – So you’re unhappy with the way The Last of Us ended. You’re part of the minority opinion that was underwhelmed by its extremely understated resolution. You probably wanted to see some evolutionary stage 4 infected gargantuan jump out onto the highway as you drove off from the Firefly lab, prompting a desperate boss battle of epic proportions. Perhaps you wanted to see some sort of monumental sacrifice, or a sentimental send-off of one of the protagonists. You invested lots of time and emotion into the game and got a one word response in return followed by a cut to black.

Most of all, you may have wanted the ending you thought was coming all along: Ellie would become the necessary, if not altogether heartbreaking savior and sacrifice needed to bring mankind back to normality. It’s your opinion, and it isn’t wrong. You feel misled, cheated, shortchanged. Who could blame you? As gamers, we’ve been ingrained to expect excess. The sales statistics prove it year after year as the chart toppers are un-coincidentally the bloodiest, most explosion-packed games on the market. By context, one would expect a remarkably gory game like The Last of Us to have an equally remarkable ending that concludes as such.

But it doesn’t come. There’s no intense final battle with a stage 4 infected gargantuan, no cathartic sentiment, and there is no major sacrifice to be made (In other words, humanity is doomed). There’s an unfettered lie, and an acceptance of it. It’s quite possible that many sat with controller in-hand expecting gameplay to continue and for the narrative to move forward – a kind of “That’s it?” type of moment.

If this describes your immediate reaction, and you’ve expressed that reaction to others, then by now you’ve probably been bludgeoned over the head about your despicable tastes and about how your petty brain cannot appreciate the beauty through subtlety achieved by Naughty Dog with such an ending. For as much negative reaction toward The Last of Us’ ending I’ve seen on forums and message boards across the Internet, I’ve seen twice as much elitist snobbery toward those who find it not to be a masterpiece. While I’m certainly not here to discredit the opinion of you naysayers who believe Joel is nothing more than a selfish ass whose actions condemned us all, I will attempt to respectfully explain why I did in fact find the ending to be an expertly crafted conclusion to a game deserving of the PS3’s “swan song” title and one which ends this console generation in a fashion worthy of remembrance.

We are given very little background or context to the characters in The Last of Us. In fact, the narrative itself begins in medias res. We’re shown a brief cinematic between father and daughter, establishing that the two have a close, personal relationship. Then we wake up as Sarah while all hell is breaking loose. Frantic phone calls are being made, basic services are breaking down, and massive explosions seen out of Joel’s bedroom window indicating that the danger is not far off. Joel rushes back into the house bloody and panicked, and from there the journey begins. It’s this framing of the narrative that sets the game’s theme and tone – that it is not about an epidemic infection nor is it about humanity’s destruction, but it is rather a personalized account of tragedy, loss, and how one copes with them.

Few games with as little context as The Last of Us gives would be able to captivate gamers and keep them engaged on the characters’ lives and potential outcomes. Yet the way in which Naughty Dog unfolds the narrative, giving us each character’s backstory at an incremental and methodical level forces us to make opinions that may or may not be entirely accurate. Each of the characters’ histories is shrouded to some extent. We know little about the family life of Joel prior to Sarah’s death, and even less about Ellie’s. We know the character motivations of Marlene, but not the depth of her relationship with Ellie’s mother. Naughty Dog gives us the vague outline in which to view these characters, and allows our minds to form the gestalt.

Through Tommy and Joel’s dialogue, we know that the two perhaps did terrible things in order to survive. Throughout The Last of Us, Joel stands as a symbolic representation of an ideology at the heart of the game’s story. Amidst an environment of people ready to believe in the best of mankind, who are willing to trust through faith and without evidence, Joel is the unrelenting pessimist and the outward cynic even prior to Sarah’s death. When Joel, Tommy and Sarah attempt to leave town in their car at the start of the game, they come across a small family walking alongside the road. Both Tommy and Sarah express interest in helping them, but Joel emphatically insists they keep driving. Similarly, when Joel is driving with Ellie into an abandoned town, they are greeted by a seemingly wounded man in need of help. While Ellie states her desire to get out and help, Joel knows it is a bandit trap. Later on, Ellie asks him how he knew, and Joel states that he “used to be one of them.”

The Last of Us Ending

These small yet significant indications cement why the ending works wonderfully as is, without sacrifice and without Ellie restoring humanity. Joel is by no means a hero. He is an ordinary man shaped by requirement, doing what is necessary in order to survive. His initial attachment to Ellie is not out of some yearning to replace what was lost, it’s a relationship born out of circumstance. Marlene on the other hand, represents the polar opposite of Joel’s worldview. Her cause, while detrimental to Joel and Ellie, is undoubtedly righteous. Marlene is the noblest of all of the game’s characters when you consider her motivations and ambitions. She holds a relationship and connection with Ellie perhaps greater than Joel does. She looked Ellie’s mother in her eyes and promised her protection and then acted as a surrogate mother would. Yet even given this perspective, Marlene still chooses to sacrifice this girl whom she cared and looked after, all for the good of humanity. “This isn’t about me, or even her. There is no other choice here,” she tells Joel. Kill one, save a million. That’s the philosophy that drives her actions forward. For Marlene, the emphasis is placed on the benefit of the species. For Joel, it is placed on the benefit of the self.

The ending of The Last of Us bluntly presents a microcosm of the human condition. Joel is not a hero. He is a survivor of catastrophic tragedy, as is Ellie. He has suffered through the greatest loss that can befall a parent while Ellie has steadily watched every person she’s cared for die off. They’ve both experienced the worst side of humanity – robbery, murder, sexual assault – and have rode on. Joel believes he owes nothing to this appalling, insensitive world, and as a result, he gives it nothing in return. He sees what is perhaps its last hope and drives off with it in the hope that a life with Ellie will give his personal existence hope and meaning. Is it a selfish, egocentric decision? Absolutely. But it is not an unrealistic one. It is the same choice that the majority of the human population would make given the same set of circumstances.

Joel’s decision to spurn mankind in order to make his own life more appealing presents us with a theme that states that the paradigm of humanity exists individually, not collectively. The ending is not a victory for humanity, it’s a victory for the individual, for one personalized account of the catastrophe amidst countless others who will not be so lucky. It’s not by coincidence that the trusting or faithful characters – Sarah, Tess, Ellie – either die or need to be saved by the distrusting skeptic in Joel. In the world of The Last of Us, individual survival is always of greater importance than heroic gallantry to save others. Joel’s actions to keep Ellie alive present us with a prime example of ethical hedonism. He saves Ellie from being a potential cure to a global epidemic that will kill millions in order to gain the most out of his own life.

The scene in which Joel and Ellie interact with the giraffes stands out for another reason other than being a heartwarming moment between father-figure and daughter-figure. The scene’s beauty emanates from what it shows and ultimately represents, which is the world returning to a state in which the problems of man do not plague it. There are no car horns, no pollution, no racial or prejudicial discrimination nor hypocritical political dealings. We see nature in its equilibrium and the magnificent stillness that results when we aren’t around. If our true selves indeed are revealed during our last moments, The Last of Us begs the question given the game’s displays of humanity’s dark side: Do we really deserve a cure? The ending to The Last of Us will always be most effective when Ellie is kept alive, and when humanity is left doomed.

The relationship of Joel and Ellie is deliberately left uncertain and open for interpretation. Does Ellie know Joel is lying? Does she want to know the truth? Her body language implies that she knows, at the very least, that there’s an omission of detail. After Joel swears, she breaks eye contact with him and looks down, as if she’s trying to convince herself that what she is hearing is genuine. Joel lies to protect her from a truth she may not be able to handle or may never forgive him for, and Ellie accepts it as valid because it’s a truth she may never want to come to terms with. The two individuals survive, while the collective suffers from it. Naughty Dog presents a theme and follows through with its implementation to the very end. The game could not have ended more impeccably.

It is fitting that The Last of Us ends on a lie. There’s a significant portion of gamers who believed (or still may believe) that they’d be playing through a generic zombie shooter. What they actually played through was anything but one. The game breaks our preconceived notions of what a Triple-A game is capable of delivering, and goes further by breaking our expectations within the game itself. So humanity will continue to survive, albeit on a much lesser scale. The raping and pillaging of bandit tribes across the country will resume, and the individual will do what is necessary in order to prolong his or her existence regardless of how horrid the livid conditions are. So don’t be pissed that the game didn’t end the way you imagined or wanted. Rather, be joyful that a video game is initiating these kinds of existential discussions in the first place.

Home / Original Articles / Could The Last of Us have been better with an alternate ending?