Among the Sleep – An Imaginative, Short Adventure

The latest news in the world of video games at Attack of the Fanboy
Updated July 18th, 2018, by Jason Eliason 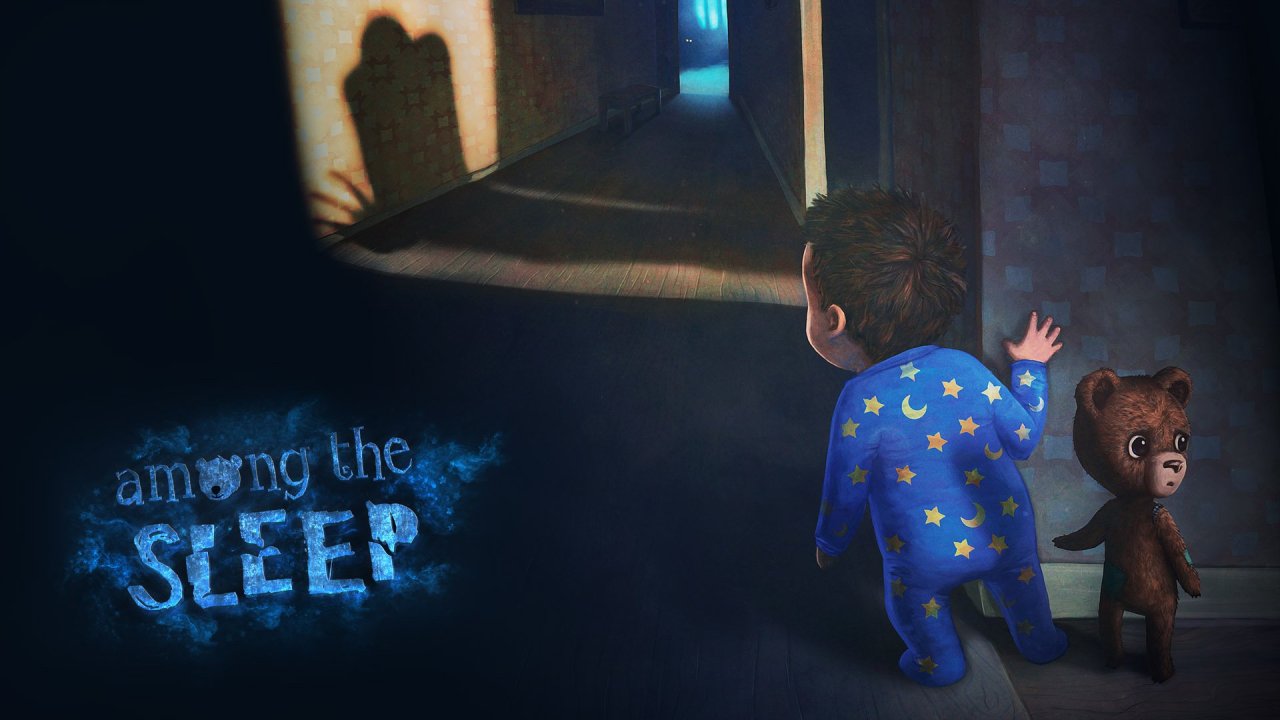 Among the Sleep puts players in the diapers of quite possibly the most fearless baby of all time.  The two year old son of a single mother at first seems to lead a perfect childhood, but not even before the lights go out do things begin to take an eerie turn.  Accompanied by a horrifyingly sentient teddy bear, you navigate a dark, nightmarish world in search of your mother.

Following a survival horror formula, similar to the Amnesia series, Among the Sleep requires constant silence and awareness of potential hiding places as your means to survive.  There is no fighting back, and your only salvation lies in crawling to the nearest table, hollowed log or cupboard to hide from any roaming enemies.  Playing as a baby adds a unique twist to contemporary survival horror, as scuffling along the ground is significantly faster than walking.  In fact, I found myself only standing upright to reach objects and climb obstacles, and was slightly disappointed that these were the only noteworthy benefits.  Granted, we’re not exactly playing as Jackie Chan here.

The visuals are outstanding though.  You know that one level in every game where the developers were clearly on acid?  That’s about 80% of this game.  You’re a baby that fell into a Wonderland of despair.  Paintings that teleport you, furniture on the ceilings and in swampy marshes, and of course the little hut where you find yourself between chapters all take part in painting this fantastic world.  You crawl through a labyrinth of boxes and jackets only to emerge from a small coat closet. There isn’t much else I can say about imagery without spoiling the game, which brings me to the bad.

My last play through of this game (excluding the Prologue DLC) lasted 50 minutes.  Just when I started to get good at waddling across planks and understanding NPC patterns, the game had ended.  Perhaps the repetitious objectives were what led me to believe that so much more was in store.  Collect 8 owls, 4 puzzle pieces and a few keys, while hints scattered throughout the environment slowly reveal the true nature of the demon that haunts you.  But what I found the most upsetting was the lack of difficulty.

Enemies were too few, and too easy to conquer.  You can be standing just under a table and suddenly an 8 foot tall demon can’t see/reach you.  You do not need to close doors to escape enemies, so the overabundance of cupboard seems kind of stupid in retrospect.  Overall, this game isn’t intended for fans of the survival horror genre looking for a challenge, but rather a brief stroll through Krillbite Studio’s unique and twisted little world.

If you find yourself stuck in Among the Sleep, take a look at my walkthrough of the game below.  Note: the video does not contain any DLC content.

Among the Sleep Walkthrough

More on Attack of the Fanboy :
Among the Sleep Horror Indie

Attack of the Fanboy / ORIGINAL ARTICLES / Among the Sleep – An Imaginative, Short Adventure