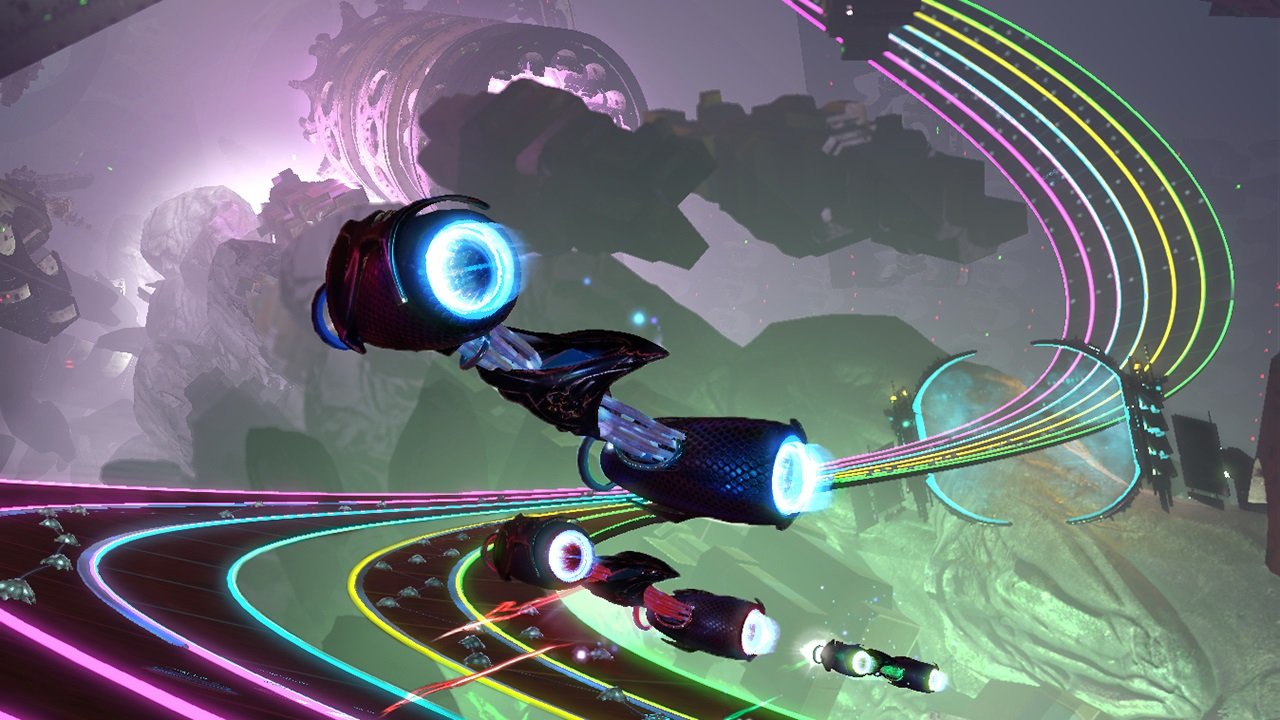 Amplitude is what nostalgia fans want from many of their rebooted franchises. In many ways personifies what Harmonix is good at. It’s not just that they are good at rhythm games, but they are good at taking simple pick up and play mechanics and implementing them within a game then creating a fan base around that title. It requires fans to strive to be better at them. Essentially, they take a game and make playing it an art form.

Tucked away with indie developers at PlayStation Experience, was Harmonix’s booth that had their Kickstarter backed Amplitude on display. Fans lined up to get their hands on the game, some even traveling across the country to try it at the very first hands-on with the game. Having never played Amplitude before, this was a new experience for me and it was kind of hard to pick up and grasp at first. After a few attempts though it sort of takes hold of you and you are drawn into the beat.

Players are tasked with hitting notes via a three button control scheme as the notes taper down the screen with their ship dubbed a ‘beat blaster’. You can go across a maximum of six color coded tracks that each represent a different aspect or instrument within the song, such as drums, vocals, bass and more. If you neglect to hit any notes the game will become silent but as you continue to hit everything and clear sections of the track you can move onto the next one essentially creating the song as you go. As you chain more and more notes together across the various tracks you can start to build a combo. It adds a bit more depth and challenge to getting that high score on the leader-boards. 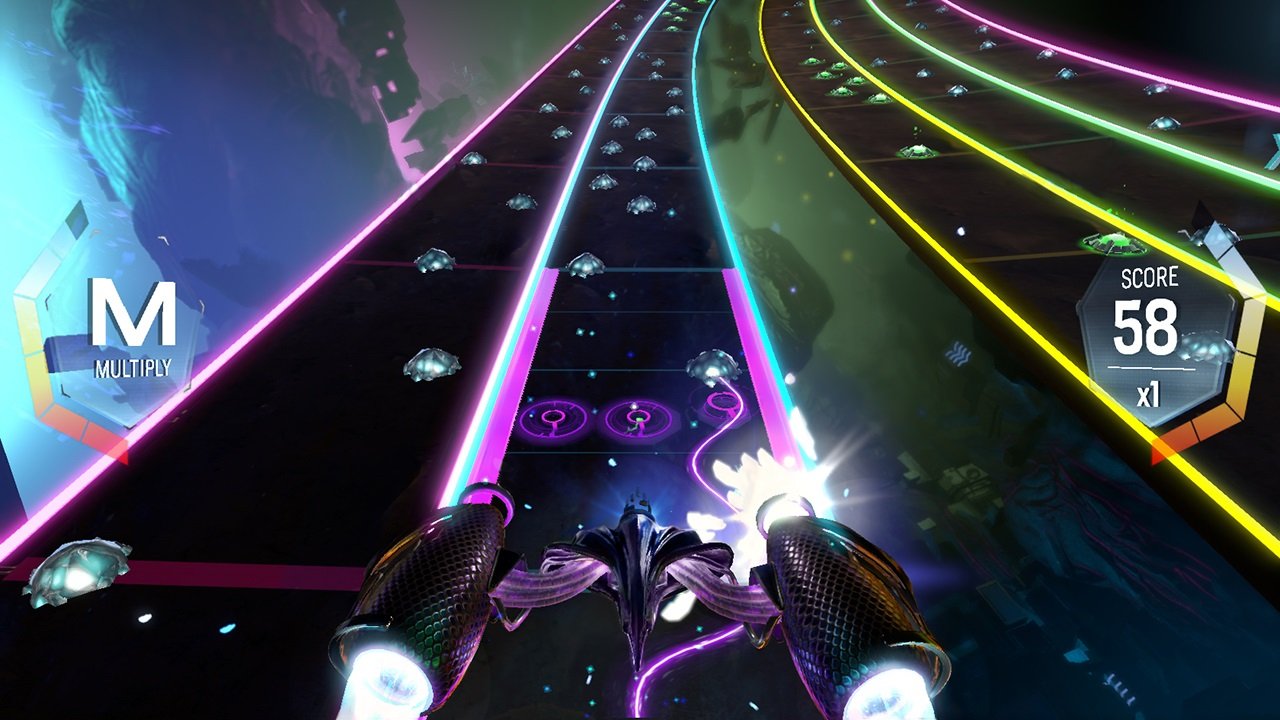 If you are unfamiliar with Amplitude, the game plays a lot like another recent Harmonix title, Rock Band Blitz. Amplitude really laid the groundwork for titles like Rock Band Blitz and Rock Band Unplugged in 2003 when the original was released for PlayStation 2.

Anyone who has played Amplitude in the past will enjoy this nostalgic ride. The time I spent with the title made me wish I could take it home with me and begin practicing as it is a game that would only get better with the more time you spent with it. Fans of Amplitude would know, that it is a hard to master title that requires you to train your senses and feel the music at your fingertips. Despite the difficulty curve for a newcomer like myself, I am looking forward to Amplitude when it releases in 2015.