Animal Crossing: New Horizons is a fantastic game. The reviews and our own experience has confirmed this. And it hit at the exact right time too, giving players something to do while they’re stuck at home for extended periods of time. The game is damn near perfect in fact, but it’s not perfect. Nothing can be, so there is always room to grow. And we have identified two key areas of the game that we feel should be addressed in the next major patch. Here’s two big changes we want to see in Animal Crossing: New Horizons in the next update.

It takes a long time to get going in Animal Crossing: New Horizons. If you haven’t played it yet, you may think I mean it takes a few hours to get to the meat of the experience. That’s not the case though, because it actually takes a few days. Weeks actually, for most players. At least before they open up to all the things the game has to offer, such as terraforming and the many main characters you want to see in any Animal Crossing title.

Isabelle won’t show up for a few days, even if you’re speedrunning the major objectives. K.K. Slider? Hope you’re extra patient, or are a monster and don’t like his music. Key features are locked behind time-gated content left and right, including music changes and many others that have become standard for the series.

Now before you get upset, don’t get me wrong, I like how slow paced Animal Crossing: New Horizons is. I enjoy that it doles out its content in drips and drabs, but sometimes the drips and drabs stop completely for long stretches of time. And the pacing is slightly off, with those aforementioned features being a key part of the experience that many players simply won’t encounter at all due to the pace at which they are unlocked.

The current schedule could use just a minor bump in my experience, increasing the rate at which villagers move in, or just changing the objectives to allow for more accomplishments in a single day. We don’t need speedruns in the few hour range, but bringing the overall schedule down from multiple weeks to a single week of hard work would enhance things greatly.

And this will be especially important as more players join the game late. They either watch their friends enjoy this stuff while they miss out, or they hop over to their island to get their own tools and equipment, avoiding the steps to get them themselves. And all this talk of saving time brings me to my second most important thing, which is actually a few in one. 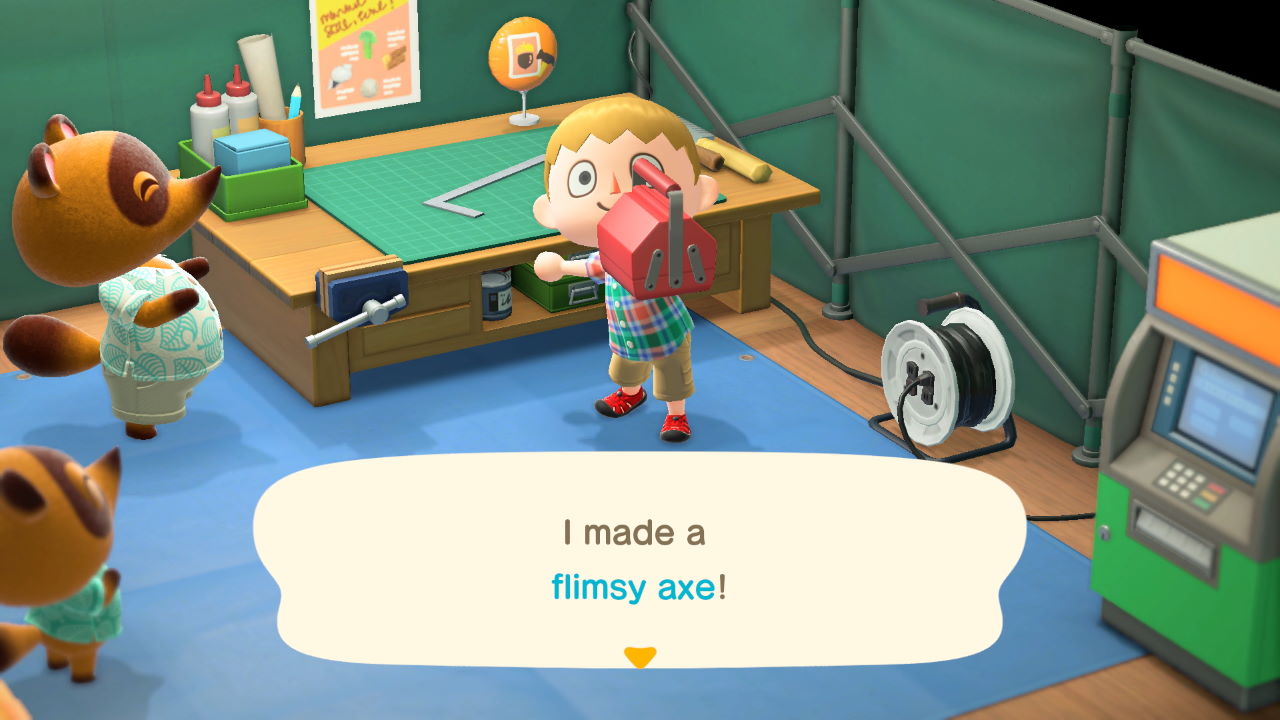 Crafting is huge. Its addition was one of the key selling points of Animal Crossing: New Horizons, and it delivered quite a bit on the promise it offered players. But man, could it be improved in some big ways, all without changing the feel of the game at all. For one, you should be able to craft multiple items at once. If I have twenty tree branches and I want to make five fishing rods, I should be able to do that in one menu selection.

And speaking of fishing rods and other tools, why must I craft the low level flimsy fishing rod then go back to the menu to upgrade it? If I already have the crafting materials necessary to make the lower level tool and then upgrade it, the system should notice that and let me craft the upgraded tool on the first try. There’s an unnecessary step being added in there that most players should be able to skip, especially after you have made your fiftieth shovel.

And finally, while we’re discussing all these crafting changes, how about the ability to craft inside of my house and the table pull material straight from my storage? I have over 100 pieces of hardwood sitting in my home storage, and I am forced to remove it, placing it in my personal inventory, just to use it and put the remainder back into storage once I’m done. Again, it’s an unnecessary step that simply slows down a process that is already slower than it needs to be. Note: I’m anxious to see if a future version of the table allows this, but no sign of it yet.

So those are the two big changes we hope are in a future Animal Crossing: New Horizons update. The game is truly amazing, and it seems like everyone is having a blast with it, so don’t take this as a complaint. It’s meant as constructive criticism on an experience that has already brought so much joy to myself, my friends, and the world. I truly hope these are added in a future patch so that even more happiness can come from this fantastic game.