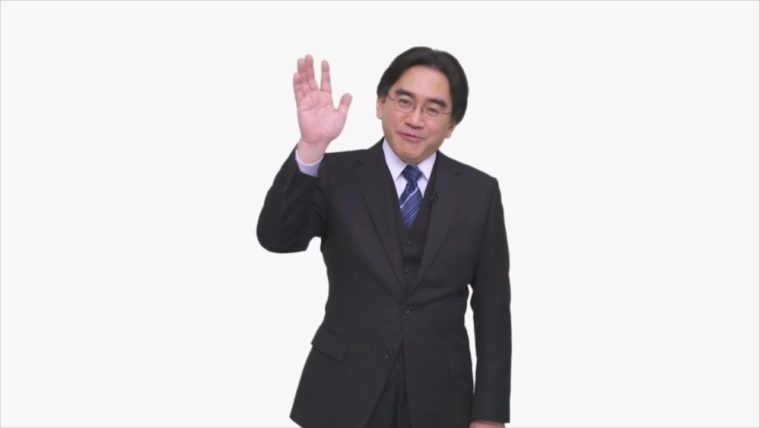 The passing of a public figure can be hard for many different reasons. In the case of Satoru Iwata, it was his outgoing personality that everyone in gaming could recognize and connect with during his Nintendo Direct or ‘Iwata Asks’ segments. Many of the staff have been gamers for most of our lives, so this hits home with quite a few of us. As a result, a few members of the staff have written their thoughts and feelings on how Iwata and Nintendo have affected them, be it through tough times or by simply creating memories that we will always cherish. Feel free to share your own thoughts in the comments below.

Gaming has been a major part of my life ever since the day I first opened my Super Nintendo that came with Super Mario World. While Satoru Iwata did not become president Nintendo until 2002, he had a major presence early in my life with Kirby’s Dream Land 1 and 2 on Game Boy. In a time where you played the same games over and over again, these are easily the two games that I played more than any other in the mid ’90s.

Another series I spent more time than I can remember on is Pokemon and one of the most memorable was that shocking moment when you get to return to Kanto in Pokemon Gold and Silver, something only possible due to him compressing the Johto side of the game. That is still one of the most shocking moments in gaming that wil be hard to replicate in the digital age of spoilers.

Perhaps the Iwata influence that is closest to me on a personal level is how he helped to ensure that Super Smash Bros. Melee made it out for launch. The game was a mess at one point and he went in there and saved the day. This game has special memories for me because it helped me get through a very scary time in my life when my dad had a heart attack back in 2001. My parents gave me the GameCube they had bought me early and I had already bought Melee in preparation. During this unimaginable time for a kid, this got me through by being able to just take my mind off of real life and take it into the world of Melee. Without Iwata’s help, this would not have even been possible and the game has always held a special place in my heart, especially now that my dad has passed as well.

Iwata certainly made an influence on Nintendo by putting games first, something too many companies have moved away from in favor of money grubbing tactics. He was a gamer first and foremost and a businessman and president second, which is why Nintendo has had the best quality control with its games over the year. Mr. Iwata you will be greatly missed, but your legacy will live on for me through the wonderful games that you either worked on directly or indirectly at Nintendo, and I will always remember your time at Nintendo whenever I look at my shelf of amiibo that you came up with that time on a simple bullet train ride.

While I haven’t been a hardcore Nintendo fan as of late, my first experience with games was an NES at a very young age while I was in the hospital. Duck hunt, Mario 3 all left a lasting imprint on me. My first in-home console for me was a Super NES with Mario World bundle and it sparked my love of gaming with all three Donkey Kong Country games as well as others like DOOM, Killer Instinct and Street Fighter II: The World Warrior.

My decent into gaming continued with the Nintendo 64 I received for Christmas along with the titular Super Mario 64. I played a lot of fun titles on my N64, but one of my favorites was Pokemon Stadium which Iwata had a hand in putting together. If it was not for him, it wouldn’t be the game fans know and love today.

From there my love of gaming continued to blossom with the purchase of a Nintendo Gamecube at launch with the iconic Star Wars: Rogue Squadron II and of course Luigi’s Mansion. It was on this, the first disc based Nintendo platform where my interest in gaming grew exponentially. It was on the Gamecube where I first experienced franchises like Metal Gear Solid, Resident Evil and several others to which I have a fond appreciation for to this very day.

Mr. Iwata had a hand, be it substantial or even slightly as the face of the company in many of my most memorable Nintendo moments. For that, I just wanted to say Thank you Iwata.

Out of the two of us, my younger sister was always the one with the latest bit of gaming paraphernalia. To afford it, she managed her allowance so rigourously that Scrooge McDuck might have thought her a little severe. By contrast, I was always at the canteen buying sausage rolls and chocolate milk, and I got what I deserved: a glorious hand-me-down brick Gameboy, whose battery cover was long gone.

I’ll never forget huddling under the covers, struggling to hold a torch and wield my Gameboy successfully with my tiny little hands. Having my parents fit a lamp for me into our bunk bed — to encourage my voracious reading — took all the sting out of being stuck on the bottom bed. Now I could read before bed, yes, but I could also play one of my favourite games of all time — Pokemon Gold.

One of the men who made that possible is gone now.

I remember being sent into my parent’s bedroom to bring them something. It was mid-December and the Christmas tree was up in our loungeroom, with a couple of gifts below it. My sister and I had already taken turns shaking, prodding, and guessing at the wrapped parcels there, but our father had hinted that there was something else too precious to put there, something hidden away still.

It didn’t really matter what they wanted me to bring them — one of mum’s thin crochet blankets, coloured red and blue for the local rugby team, perhaps? — what mattered was that I had a chance. At ten, I was tall for my age, and so I carefully and quietly slid open their built-in wardrobe and stood on my tiptoes to look at the top shelf. Something had to be there. I caught a glance of something glossy and green. Focused. Almost whooped in delight.

It was Venusaur — one side of the bulky Pokemon Stadium box. And if they were buying a Nintendo 64 game, then that also meant we were getting the console! I had to fight down the urge to cheer and laugh and shout again. Grinning widely, I returned to the loungeroom and my parents instantly knew why. I was made to promise not to spoil the surprise for my sister and at the time, I intended to keep my word. Sibling rivalry was alive and well and this meant exultant weeks of knowing something she didn’t know in the leadup to Christmas.

She bullied it out of me within the hour.

Satoru Iwata played key roles in bringing both of these games to fruition. His vast experience, his warmth, his humour all left their mark on anything he had a hand in. His approachability, even as CEO of the world’s largest video game company, set an example for the whole industry. It’s only in the coming years that we’ll begin to comprehend the enormity of his legacy.

Nintendo has always been a huge part of the gaming industry. The main reason the company thrived for many years is because they innovate. Nintendo has brought us many new things to video games that people might not notice. My fondest memories were playing at a neighbor’s house on the Nintendo 64. I would play for hours with the likes of Ocarina of Time and Goldeneye just to name a few.

Satoru Iwata was the president of Nintendo in the 21st Century and my love for the company grew when consoles like the Wii and Game Boy Advance came out. The Game Boy Advance is my favorite portable console of all time. The graphics are still neat and the simplicity of the gameplay is charming.

Iwata took a gamble with the Wii but it paid off big time. Adding motion controls was innovative at the time and people loved it. Because of the motion control system, the Wii became the most popular 7th generation console. My favorite game on the Wii has to be Skyward Sword and I loved every minute of it. It wouldn’t have been the same game without the use of motion controls.

Iwata was an innovator and a one of a kind game designer. Thank you Iwata for all your contributions to the video game industry. We will miss you.

I’ll always remember the moment that solidified Satoru Iwata as one of the greatest people in gaming. It was at E3 2005, which I was watching at home, dreaming of one day actually going for myself. Nintendo had not been having the best time as of late, with the Gamecube struggling to attain commercial success. But this new president had a different idea, taking a page from the now famous Blue Ocean Strategy, Satoru Iwata had steered Nintendo in a totally new direction. The result was the Nintendo Wii, aptly named the Revolution at the time.

Seeing this thing and knowing that I would have one in my home in a couple of years was truly magical, and it was all the more enjoyable with Iwata presenting it. His passion for gaming was apparent throughout his tenure at Nintendo, whether he was working as president, or simply using his amazing programming skills to save now-cherished games from disaster.

We always wonder if the people we admire in the industry truly care, whether they have the same love for video games that we do, or are they just in it for the money. With Iwata we never had to wonder, never had to question. He was always a gamer first, as he made clear during that same E3 presentation, and we never really doubted that, because his actions spoke even louder than his words.

In an industry increasingly interested in the art of separating gamers from their money, Iwata was more interested in the art of making a fun video game. Making a game, or a console that would allow gamers to simply relax and have some fun. We’ll certainly miss that sort of leadership, but most of all we’ll just miss a man that came directly into our homes and showed us what cool things we’d be playing with in the years to come.