The latest news in the world of video games at Attack of the Fanboy
July 6th, 2016 by William Schwartz 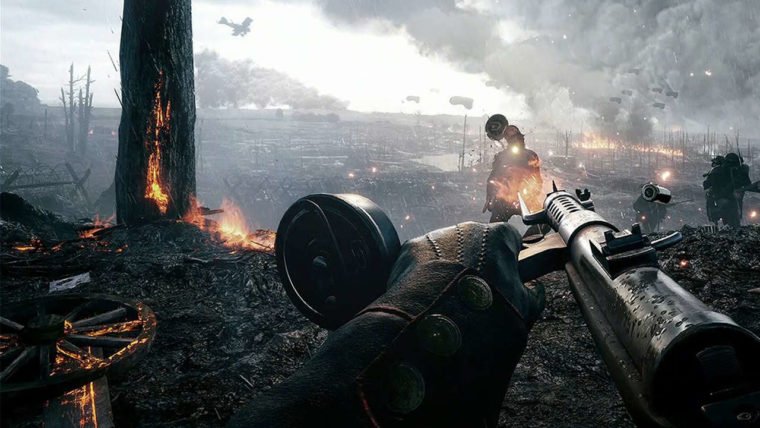 The reveal of the new Battlefield game earlier this year was veiled in secrecy. Despite some rumors that hinted towards a World War I setting, no one really expected DICE to take the series in a such a drastic new direction. The initial trailer for the game indeed showed something entirely different than what Battlefield fans that have been playing the last four or five games in the series have come to expect. World War I it was — mustard gas, trench warfare, horses, the dawn of tank warfare. Battlefield 1 looks to be entirely different than its predecessors, at least that’s what we thought. It really appeared that DICE was taking a big gamble here. In actuality, after playing a good bit of Battlefield 1, it doesn’t feel like such a huge, ambitious leap.

The series looks and sounds better than ever before.

Yes, the Frostbite engine feels like it’s come forward a generation. Weather effects and fog, destructible elements big and small, and the same great sound design from DICE — Battlefield 1 feels like a generation leap, even in the Alpha that we participated in at E3 2016. This is from a purely technical standpoint. To put it bluntly, the series looks and sounds better than ever before. It’s just that DICE has a formula for Battlefield and they’re apparently sticking to it.

Despite the appearance of huge changes, Battlefield 1 feels very much like a Battlefield game. Gameplay tweaks feel minor, and Battlefield veterans will be right at home in Battlefield 1. Classes feel similar to what we’ve seen in recent releases. Game modes also feel like they’ve only been touched up, rather than overhauled. Though DICE didn’t really need to change the Battlefield drastically to appease their fanbase.

It’s just an Alpha and the game isn’t due out until the fall, but Battlefield 1 is certainly shaping up to be another incredible shooter. Obviously we can’t predict things like launch issues, net code problems, and the other difficulties that the game has faced in previous releases, but we walked away from the Alpha impressed.

You can catch these impressions and gameplay from the closed alpha for Battlefield 1 in the videos below, or on our YouTube Channel.