Battlefield 2042: 10 Classic Maps That DICE Should Bring Back

These fan-favorites would fit right in Battlefield 2042. 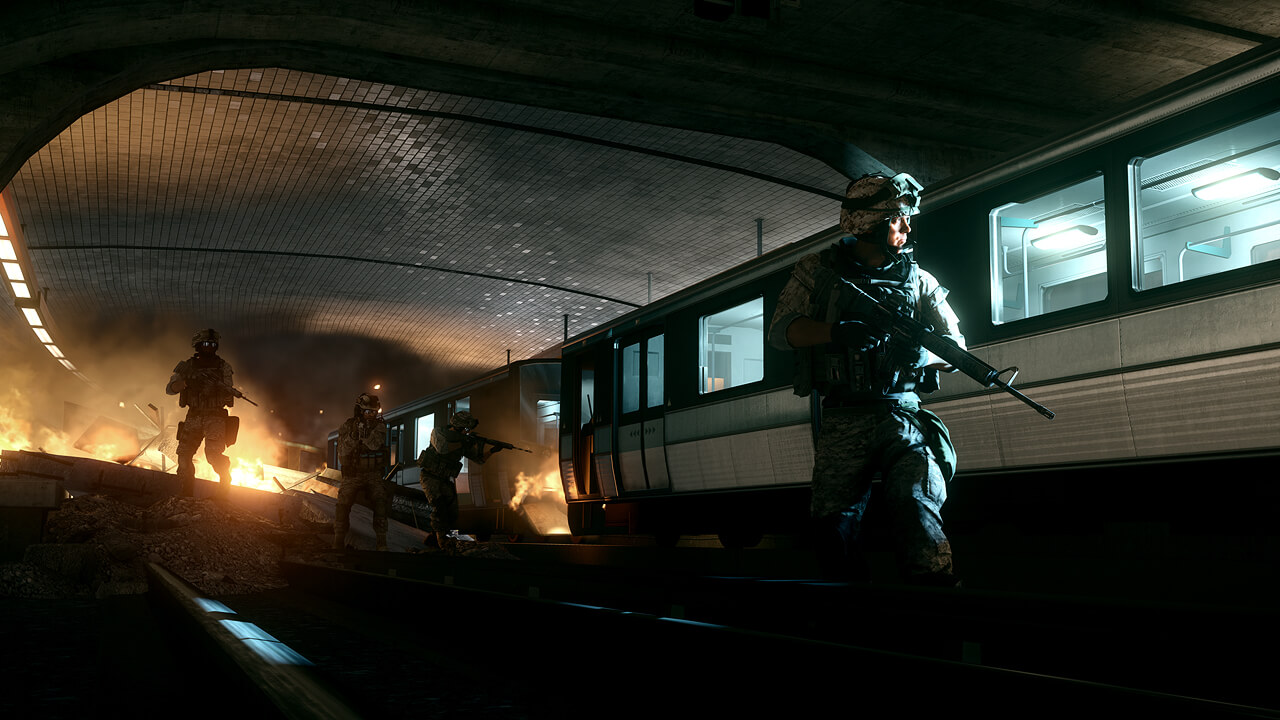 With the recent news of DICE including a mode in Battlefield 2042 that brings back many fan-favorite maps, we thought it would be the perfect time to discuss 10 classic maps that DICE should bring to 2042. Ripple Effect, formerly known as DICE LA, is working on this mode for the title, with Christian Glass acting as GM for the studio while Vince Zampella oversees it. With 2042 returning to the modern futuristic setting for the first time in many years, it seems plausible that Ripple Effect will most likely be bringing many beloved maps from Battlefield 3, Battlefield 4, and potentially maps from games both proceeding and succeeding these two. In no particular order, here are 10 maps we would love to see make a return in Battlefield 2042!

Métro is one of the Battlefield series’ most popular maps ever, and naturally, that comes with a very divided fanbase of whether the map is good or not. Originally, Métro debuted in Battlefield 3’s E3 showcase and was later used in the beta as well, finally launching with the game on day one. The map itself is extremely linear, but that is in the player’s best interest, as it allows encounters to be quick and blazing. It requires an extremely well-thought-out and tactical approach, as otherwise, players will find themselves running into a rain of bullets each time. Métro mainly takes place in a subway line, however, there is a topside to it with a few streets and a decent amount of buildings. The map was brought into Battlefield 4 as a part of the Battlefield 4: Second Assault DLC pack, which included four remastered Battlefield 3 maps. This iteration was titled Operation Métro 2014. For 2042, we would love to see this map return all remastered and touched up. The frantic, fast-paced action the map provides would be perfectly coupled with the new features of Battlefield 2042, such as the new natural disasters. 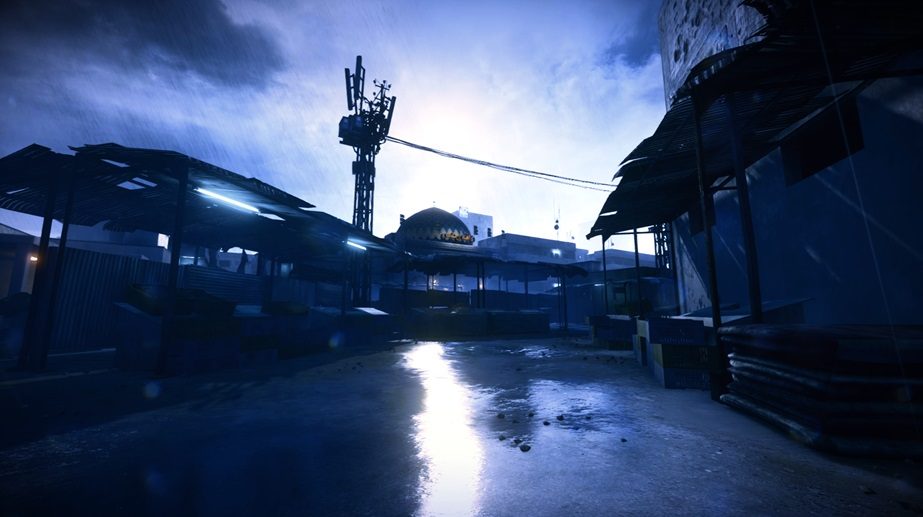 Grand Bazaar is a map that has yet to be remastered, only remade as Chinatown for Hardline, but we think it would be perfect for Battlefield 2042. The map was extremely popular in the Rush mode, as well as Conquest. Vehicles aren’t present much on Bazaar, which meant this map was mainly boots on the ground, which encouraged close-quarters combat with offensive pushes. The lightning-fast gameplay that was granted by the smaller map is something that would make many fans happy in 2042, as the maps we have seen so far have been massive, making room for the 128 player battles that are enabled across PlayStation 5, Xbox Series X|S, and PC. The map also left a lasting impression with the rainy day it brought, which would look amazing remastered and rendered in the Battlefield 2042 engine. 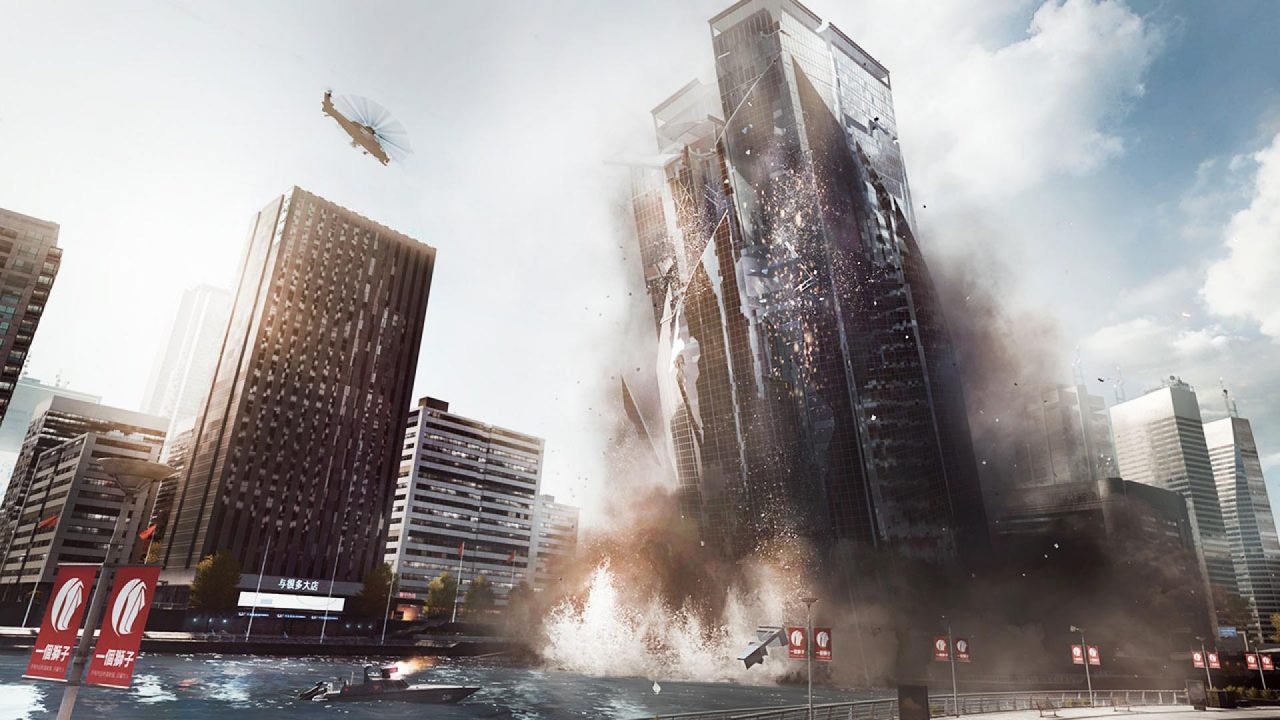 Yep, it is indeed that map with the falling skyscraper. Siege of Shanghai is one of Battlefield 4’s best offerings, and it has to be included in Battlefield 2042. The map allows players to destroy the skyscraper by blowing up the pillars at its bottom. This leads to the building collapsing, leaving ruins across the map. Vehicles such as tanks, helicopters, and even jetskis spawn on the map, allowing versatility while also keeping things close. Planes and jets are not found on this map, which will relieve many players who are not the biggest fans of those vehicle offerings. It would absolutely be a crime to not include this fan-favorite map, so we hope DICE follows through and provides this Battlefield 4 classic as a remastered map in Battlefield 2042. 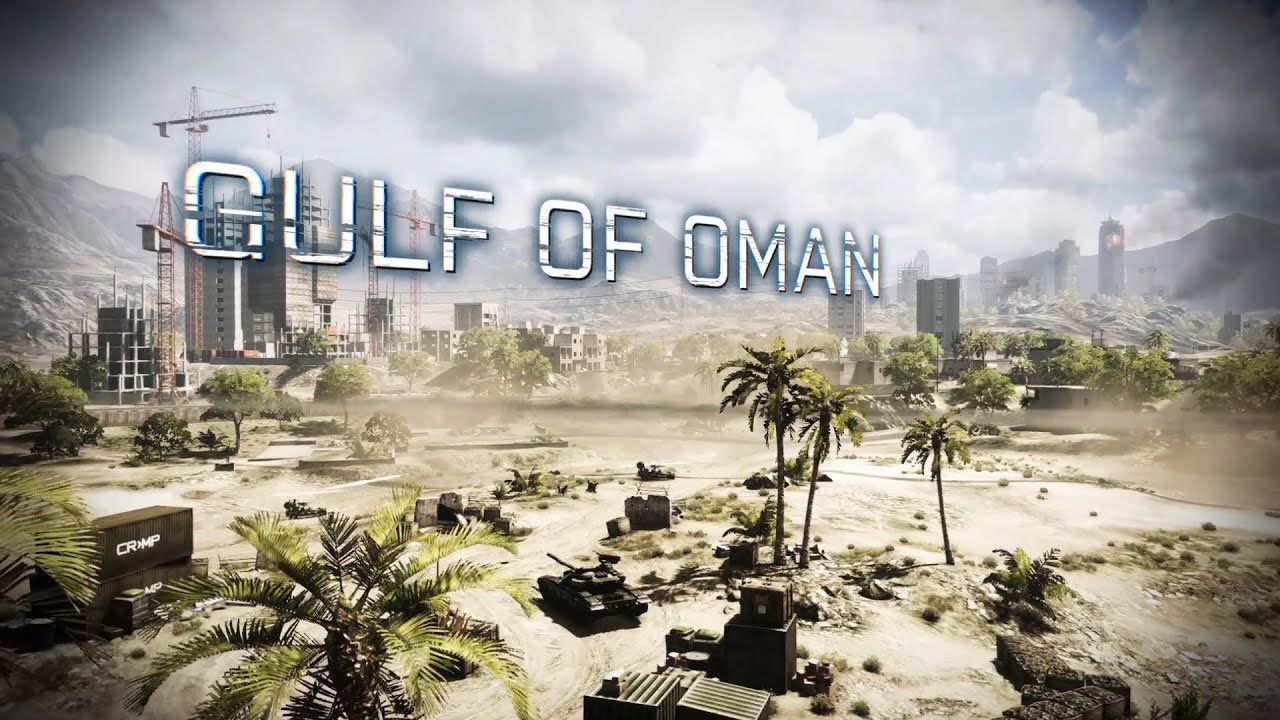 Gulf of Oman is true sandbox chaos, with most of the vehicles and equipment in the game making an appearance. It feels like all-out warfare, and if brought into 2042 with all the new features, would truly be quite special. The map originally made its debut in Battlefield 2, and later was brought into both Battlefield 3 and Battlefield 4. Gulf of Oman is truly one of the best maps DICE could add to truly showcase what Battlefield used to be – nonstop over-the-top action with explosions every 2 seconds. If DICE does end up bringing this fan-favorite to 2042, we hope they incorporate some of the new weather mechanics introduced in the reveal trailer. 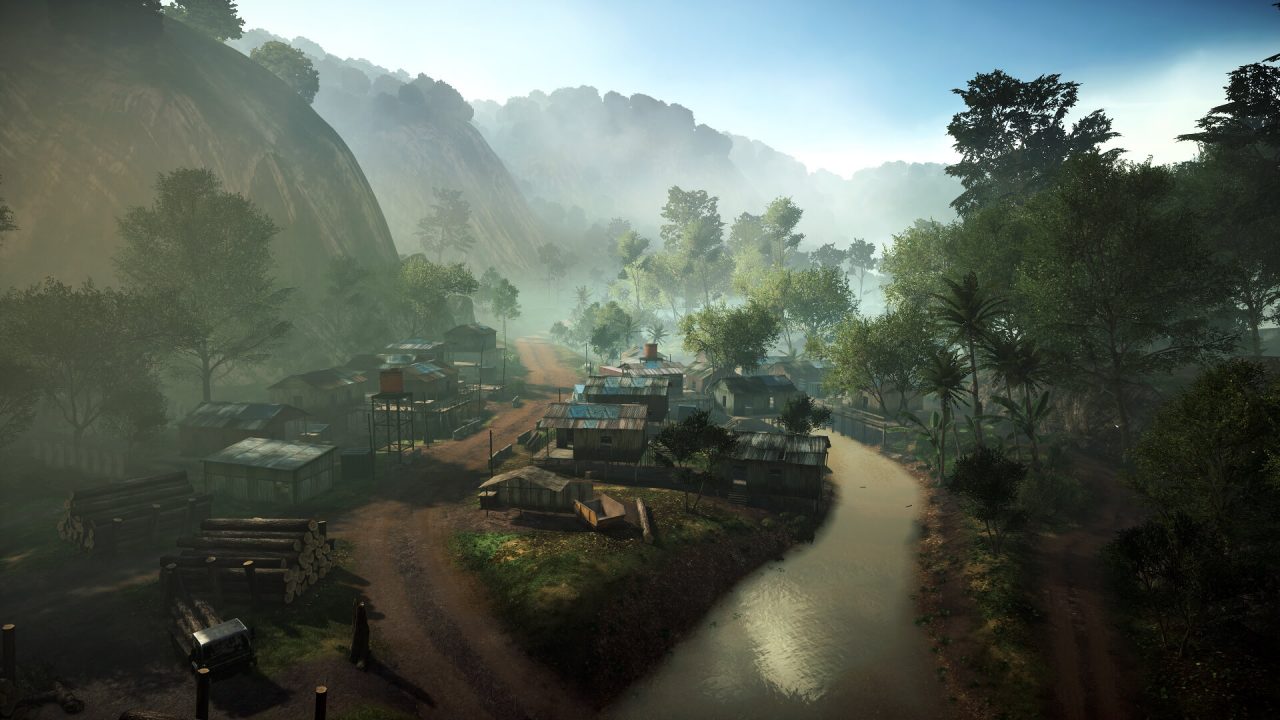 Operation Outbreak is a map that was introduced in Battlefield 4, specifically in the Community Operations expansion pack. This map was guided and shaped by the community, with specifics about its layout and various inclusions decided on by the community through voting and poll-like questions. Operation Outbreak is based in a jungle-like area that contains ancient buildings, an abandoned town of sorts, and of course a massive coverage of jungle trees. With this being a map that players truly shaped, we think it should definitely come back in Battlefield 2042 fully remastered and all. 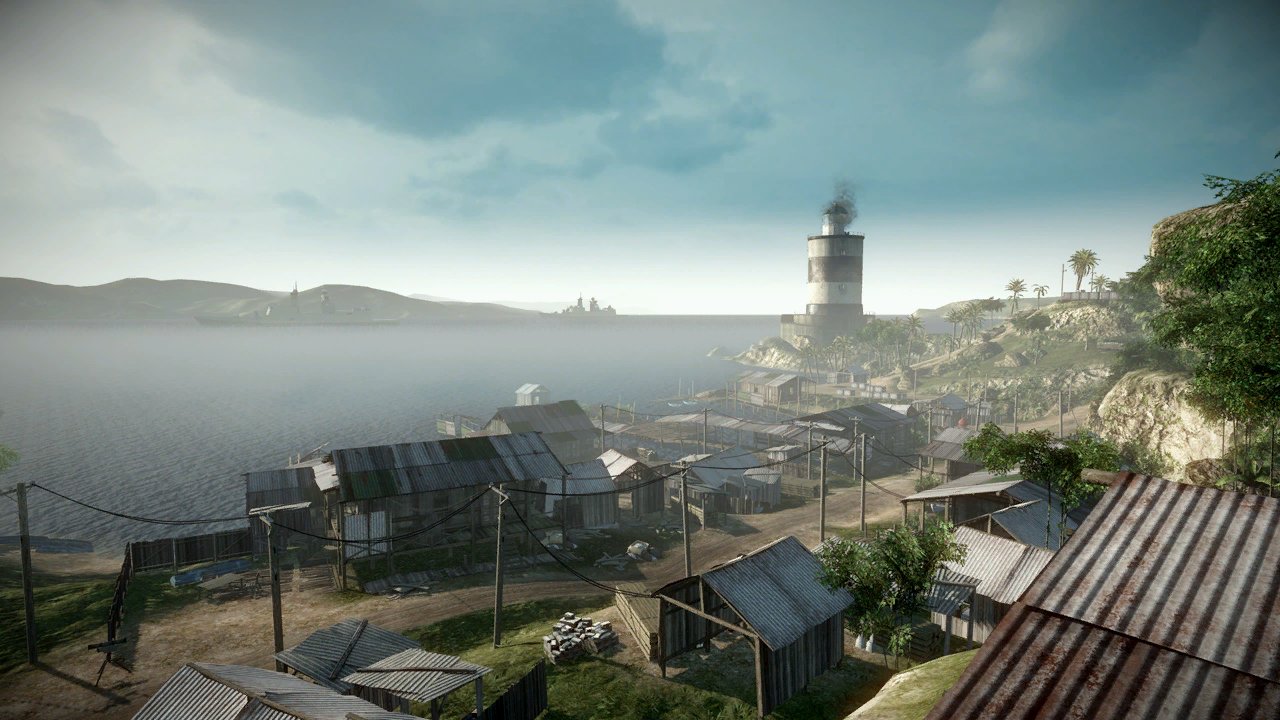 This map was one of the best rush maps in the series, and definitely one of the highs of the incredibly fun game that is Battlefield Bad Company 2. This map has not been remade currently, so it would be very fitting to have its first be 2042, with the title gaining extreme traction across the internet since reception has been so positive. To be quite honest, Valparaiso is not a map you will see on every list, but we were big fans of how Rush played here, and hope that in 2042 we will be able to relive the nostalgia. 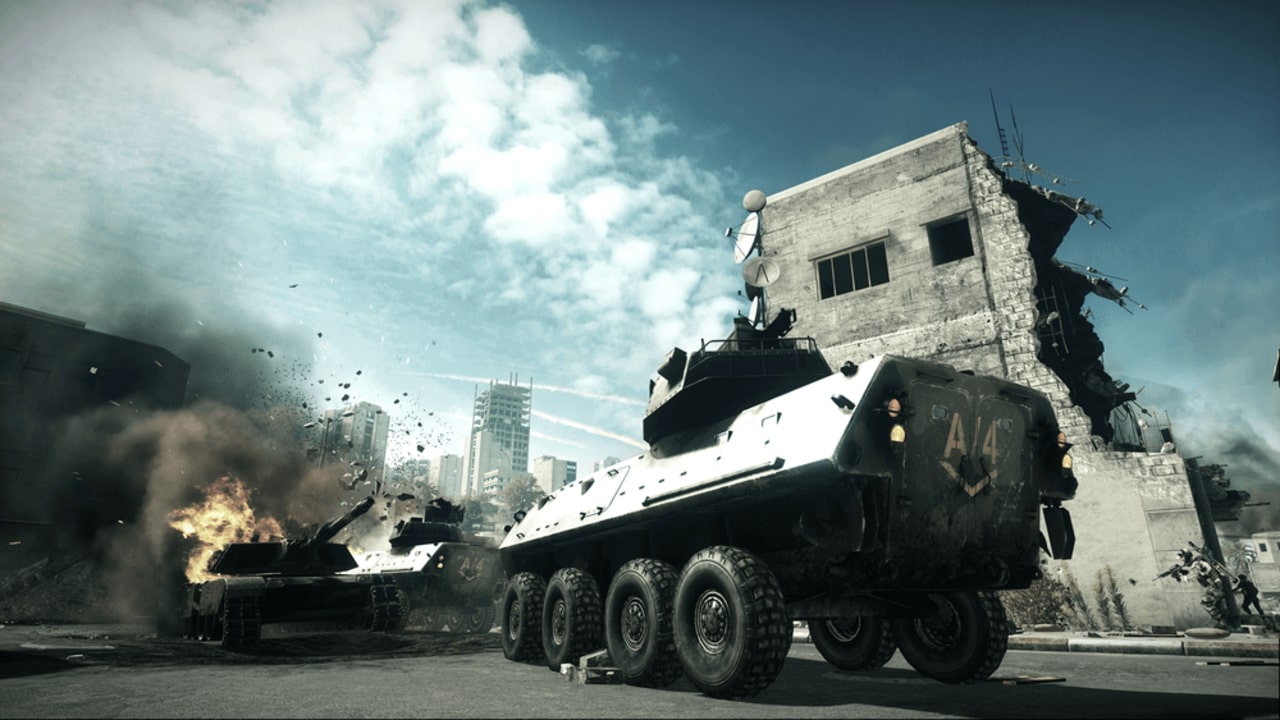 Strike at Karkand is an absolute classic, and will fit right at home with the chaos that 2042 looks to bring. The map can really be described as a big city map, and with that, it has been incredibly popular each time it has been released. Players can choose to gun down opponents in the streets, across shopping centers, between buildings, and so many other places. Strike at Karkand is true chaos and a map that shows what Battlefield itself is all about – mass destruction. 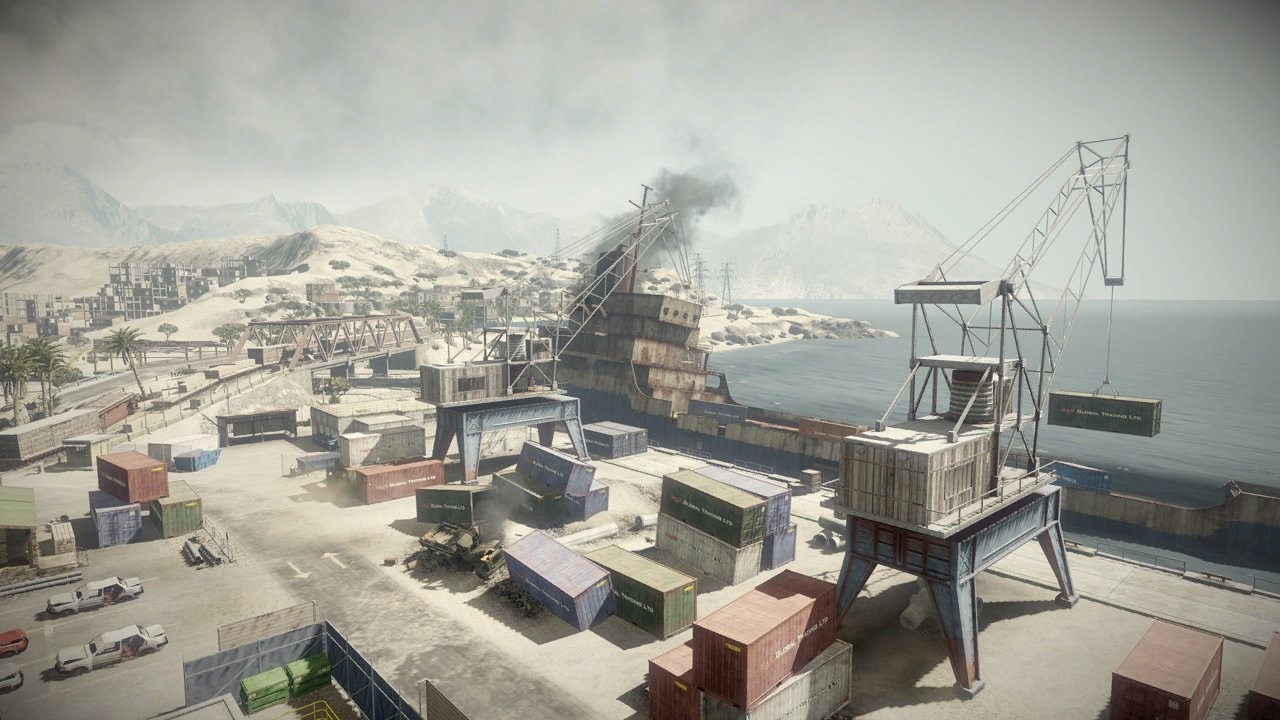 Arica Harbor takes place in Chile, right along the coast as the name Arica Harbor implies. For Conquest, this map was always set up quite well. The three capture points are laid out directly in a line on the middle stretch of the map, making it a very tense battle to press forward to a northern point. This is once again another map from Battlefield Bad Company 2, which offered many great maps into the series. As for other modes that could be played on this map, those included Rush, which was also a very popular pick for players who played Bad Company 2. 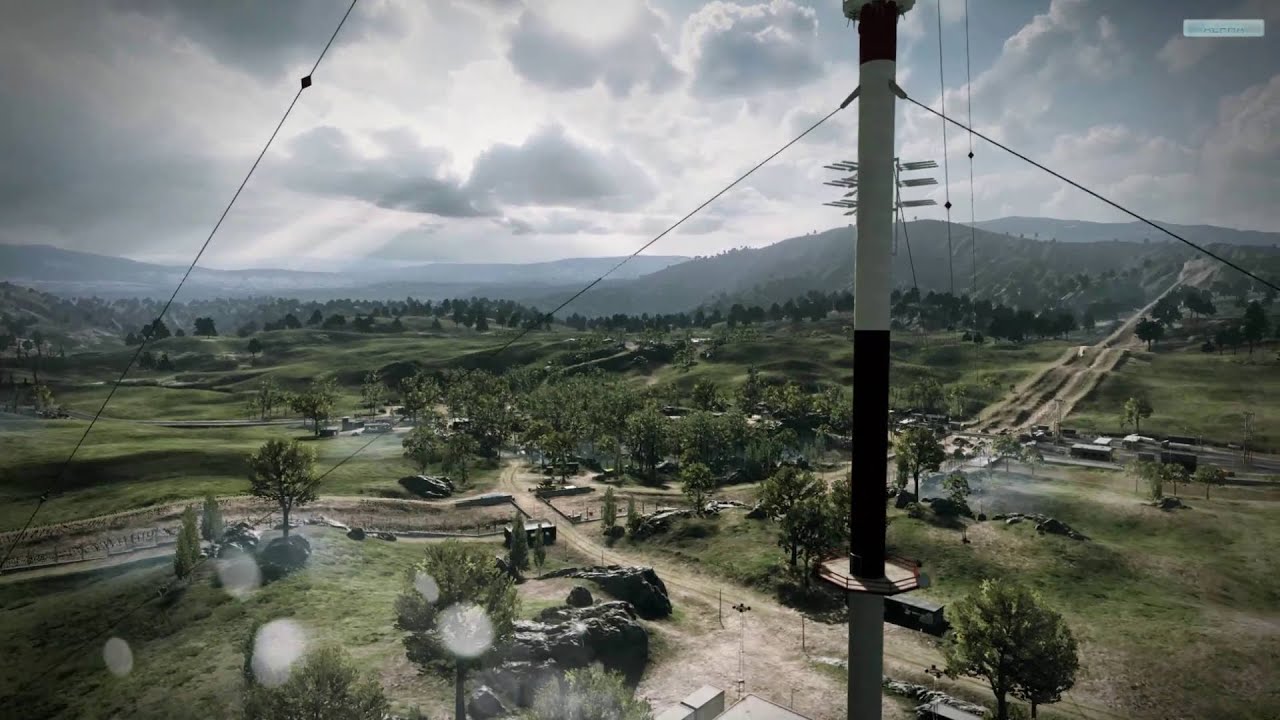 Caspian Border is a true Battlefield classic that absolutely has to be in the collection of maps DICE decides to bring over to 2042. This map brings the chaos of vehicles and drives it up to 11, which makes it one of the best maps the Battlefield series has ever offered. Fighter jets are zooming across the skies as tanks engage in battle with attack choppers hovering low to the ground. This is all in addition to the chaos that is the ground combat, with missiles crashing everywhere and RPGs being shot off left and right. 2042 has to have Caspian Border, and we think it is a lock due to how massively popular the map is. 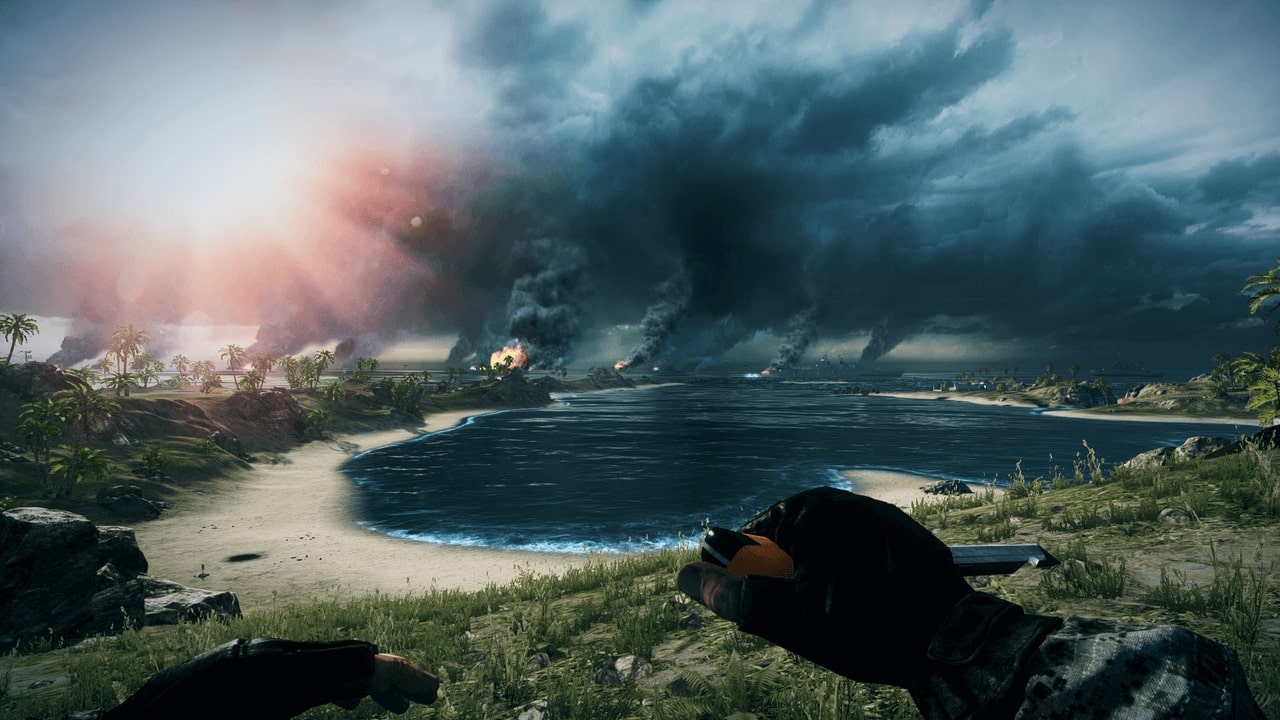 Last but certainly not least, the good old Wake Island. This is pretty much a given, but that does not mean it should not be mentioned on this list. Wake Island is the most recognizable and most famous Battlefield map, and for that achievement alone it has to make the cut for 2042. For those unfamiliar, Wake Island is right in between Guam and Honolulu, where it sits with an airbase along the side of it. The island is shaped quite weird in a way, with the ocean pooling into the middle of it, creating a circle-like barrier that is perfect for a map. Players can take boats onto this map, shooting others across the island, as well as take out planes and land vehicles. Although it is nowhere near the biggest map of Battlefield, this island packs some of the best action you can find across the Battlefield franchise. It was expanded in Battlefield V to make it even bigger, and it would be a crime to not include Wake Island in Battlefield 2042.

Those are our picks for 10 maps that DICE should bring back for Battlefield 2042! With so many to choose from, narrowing down which ones would make the list was tough, however, we believe that these ten would fit right in with the celebration of Battlefield 2042. We cannot wait to see what maps DICE decides to bring to the game and for the launch of 2042 itself, which is just mere months away.

Attack of the Fanboy / ORIGINAL ARTICLES / Battlefield 2042: 10 Classic Maps That DICE Should Bring Back