Check out our pick for the best mobile game of 2022, as well as a few honorable mentions. 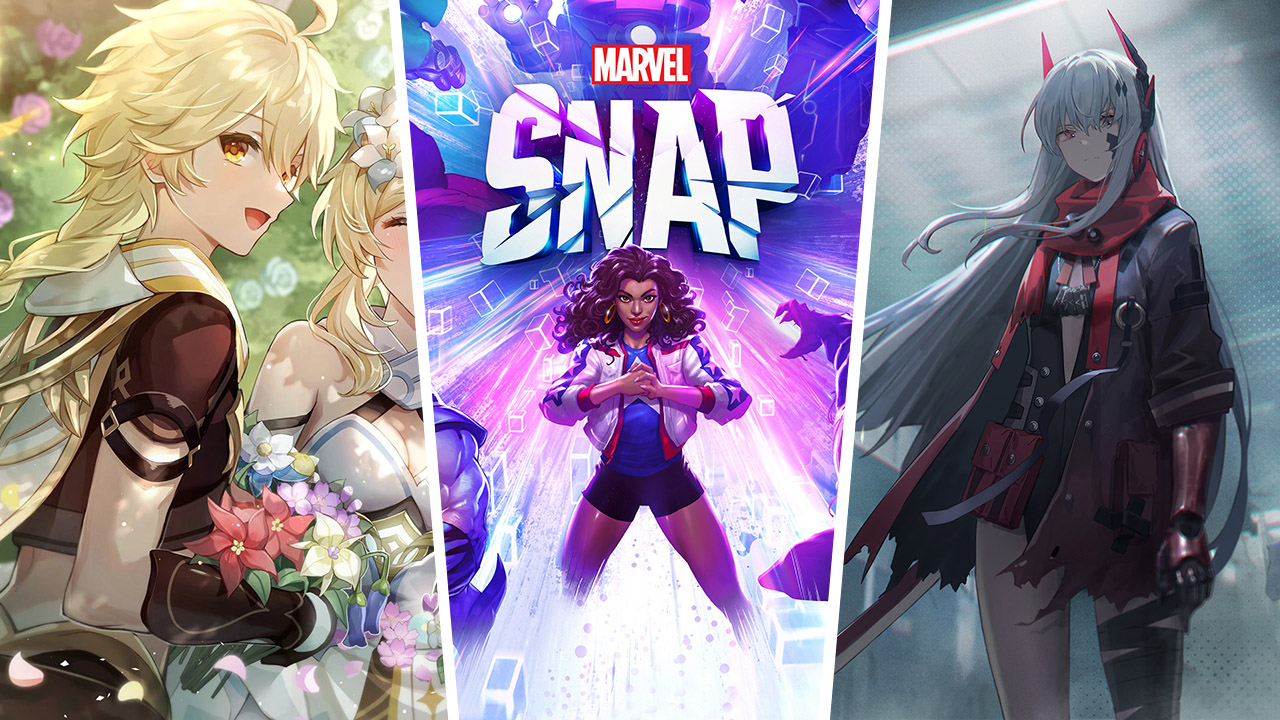 Mobile games have been getting more and more space in the overall scenery, thanks to the presence of true heavy hitters, such as Genshin Impact, exclusives, like Punishing: Gray Raven and Cookie Run: Kingdom, and mobile versions of flagship titles like Fortnite. But what are the best mobile games of 2022?

One of the biggest surprises of 2022, as well as our pick for the best mobile game, Marvel Snap is a game that shines through its simple but highly technical premise, as players are tasked with assembling their decks and simply making sure that at least 2/3 of the field are under their control at the end of a match.

Another great plus of the game lies in the fact that pretty much all of its cards can be unlocked by playing through the game, thus allowing all to assemble their dream decks.

A global phenomenon, our pick for best live service game, as well as the title known for bringing a fresh experience to the gacha genre thanks to its combat and open world, Genshin Impact truly brings the console/PC experience to mobile.

In Genshin, players take on the role of the Traveler, as well as that of a wide roster of playable characters, all capable of changing the battlefield in their own way as they explore the world of Teyvat.

One of the most approachable gacha games in the scenery, Cookie Run Kingdom gives players the ability to assemble their own Cookie squad, featuring up to 5 of the game’s ever-growing roster of playable units, as they make their way through the dangers of the game’s many stages and obliterate all the Darkness which plans to bring chaos to the world once again. But do not let the Cookie’s cute looks fool you as Cookie Run kingdom also has one of its biggest strengths in its lore.

Cookie Run Kingdom is also one of the flagship titles for the mobile platform and its popularity can be seen both in its astonishing number of players and in its collabs, the latest of which brought the members of worldwide sensation BTS to the game as playable Cookies.

Niantic’s Pokémon GO continues to be one of the best games available on mobile, as the game allows trainers all over the world to play together and capture a wide array of Pokémon, part of a wide and ever-growing roster, all while, hopefully, getting healthier themselves.

Like Genshin, Apex Legends Mobile does not need a presentation, as the game allows players to, in true Battle royale fashion, take their favorite Legends to the field as they gear up and fight to be the last ones standing.

With that said, Apex Legends Mobile sets itself apart through the way it manages to bring to players both an experience true to the original game’s style, as well as original thought in’s own right by featuring exclusive Legends, cosmetics, and more.

Fun guaranteed for all, no matter if you are playing with friends, family, or with people from all over the world. In Among Us, you must take on the role of one of many crewmates, your job? Either find the impostors amongst the crew or keep your identity hidden as you unleash chaos on the ship.

As you could check out above, Among Us brings players a really straightforward experience as well as one that fits mobile players to a tit, since it allows you to play no matter where you are.

If Genshin Impact can be considered a breath of fresh air to the gacha genre, Punishing Gray Raven can be considered a step forward combat-wise, thanks to its focus on speed and precision, all paired with a stellar presentation, adrenaline-filled soundtrack and the ability to take on the field as a wide array of characters, as well as new versions of pre-existing ones.

In the game, players take on the role of the commander of the Gray Raven special unit, as they fight in order to destroy the Corrupted and discover the origin of the Punishing Virus. Punishing Gray Raven is also famous for its collab with NieR: Automata, which brought 2B, 9S, and A2 to the game.

The Punishing Gray Raven/NieR: Automata collab is currently live on the global version.

Attack of the Fanboy / ORIGINAL ARTICLES / Best Mobile Games of 2022