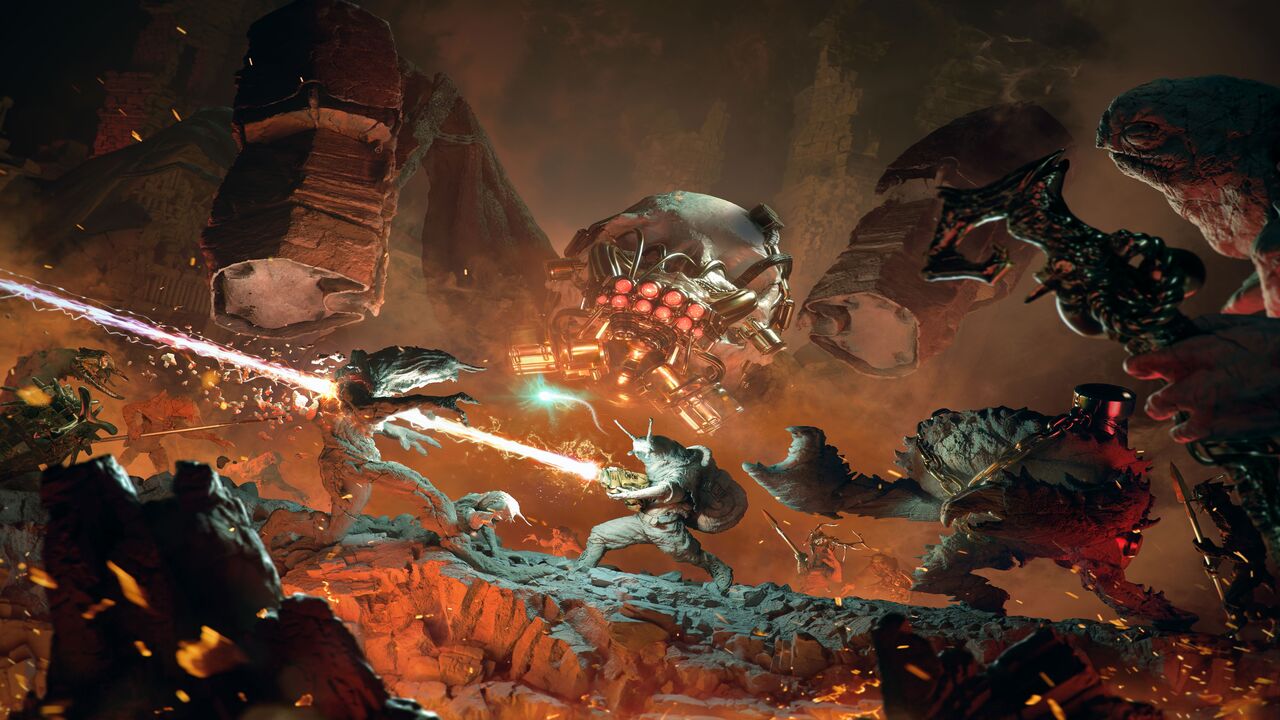 Clid the Snail is an upcoming twin-stick shooter developed by indie studio Weird Beluga, and I recently got the opportunity to go hands-on with an early segment of the game. I enjoyed what I played, but the game’s first impressions were a mixed bag. Some things work, like the combat and puzzles, but other aspects of Clid the Snail didn’t feel as strong as the rest of the package.

Weird Beluga is attempting to make Clid the Snail unique by placing heavy emphasis on narrative and characters instead of just offering constant shooting. The game opens with a few interesting narrative threads, but the characters are fairly hit and miss based on what I’ve seen so far. The preview session only provided a brief segment of the game to try, though, so things could pick up as the game progresses. 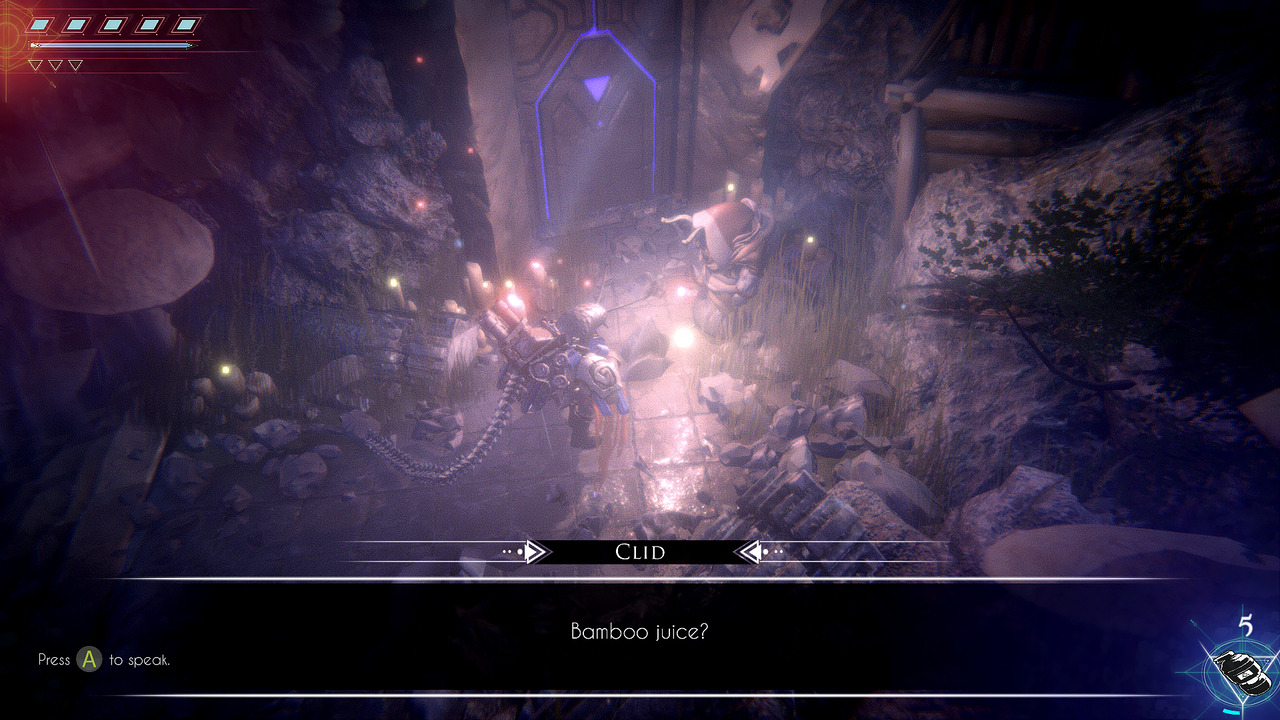 In this world, the humans of the world are long gone, and small creatures have become the dominant lifeforms. The creatures that remain refer to humans as giants and remnants of humanity can still be found throughout the world. Small computer monitors become giant screens in the eyes of Clid, discarded wedding rings become mysterious treasures of unknown value. While the human elements were just a background feature during my preview session, they were easily the most interesting part of the game’s story and world.

Clid and friends fare less well, unfortunately. From what I played, Clid himself is arrogant and annoying. Most of the things that come out of his mouth are threats or humor that does not land. He travels with a firefly companion named Belu, who is basically just Navi from Zelda. Belu is lighthearted and talkative. The two are always going back and forth with one another, and their opposite personalities thankfully make dialogue at least a little interesting. Again, I only got to see a sliver of these characters’ personalities during the preview, but the first impressions were not great. 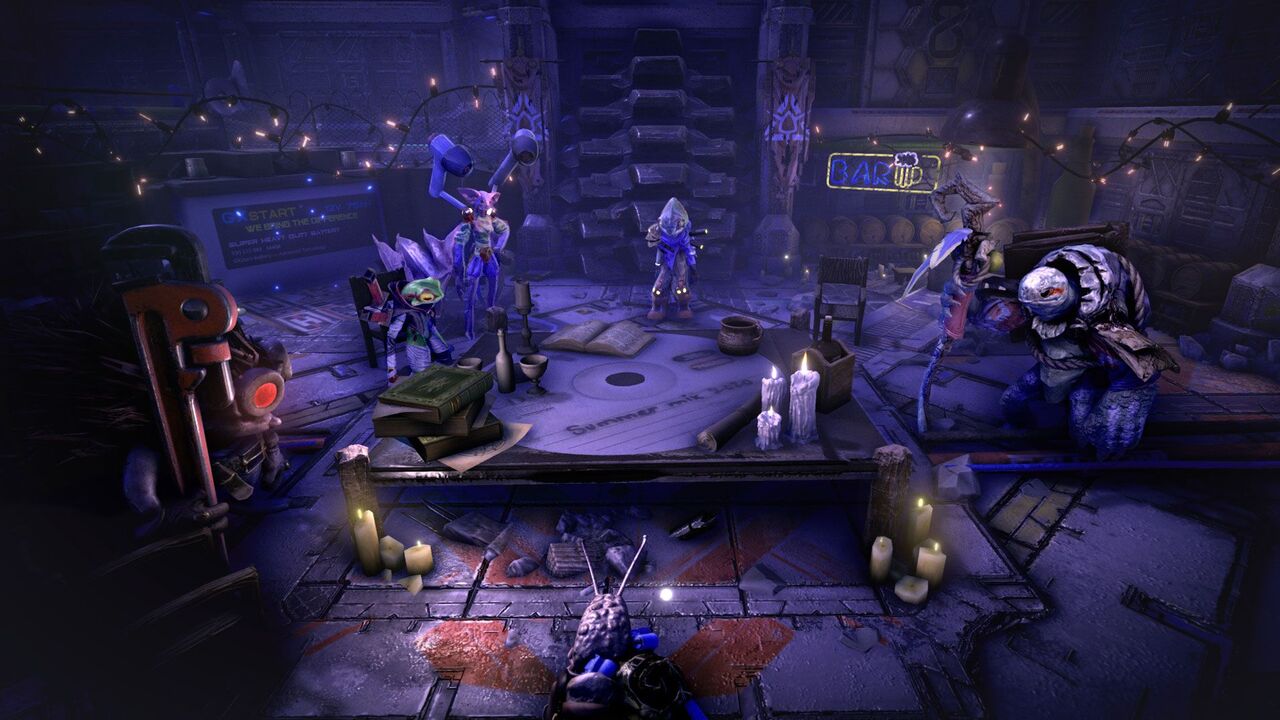 At the end of the preview segment, Clid is recruited into a group called Alastor. The group is comprised of a hedgehog, a turtle, a bat, a frog, and a chameleon, and they want Clid’s help to fight back against the slug threat. The members of Alastor seemed cool, but I didn’t get the opportunity to get to know any of them during the preview. It’s clear that these characters are going to be the core of the story, so it’s a bit of a bummer that I didn’t get to hear much from them.

Combat was relatively basic, but that’s to be expected this early in the game. I never found myself getting overwhelmed by the slugs, and there weren’t any special enemy types or variations that really stood out during this part of the game. What the game does nail, however, is weapon feel. Clid’s default blaster is about as standard as they come, but the other weapons in the snail’s arsenal are really fun to use. 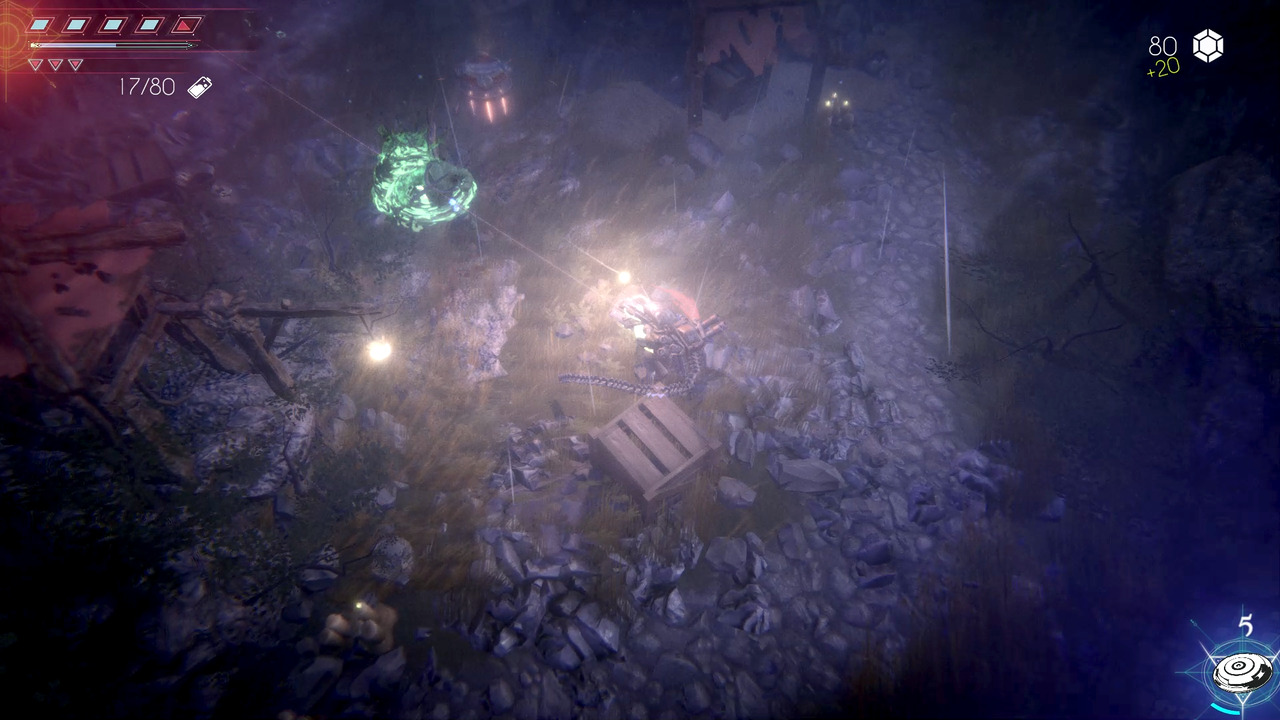 The Enforcer shotgun packs a devastating punch and a super wide spread, demolishing any slugs in Clid’s path. The SMG 42-0K rapidly fires lasers and functions as you would expect for an SMG, but the gun produces a satisfying thud every time it’s fired. Finally, the Puke-HCL fires pods of acid that explode after a short time, and it’s great for clearing groups of enemies. Some twin-stick shooters struggle with making weapons satisfying to shoot, but Clid’s arsenal feels remarkably powerful. There were even more locked weapon slots that I wasn’t able to use, and I can’t wait to see what else I can get my hands on in the full game.

I did get to experience one boss fight during the preview, and it was here that Clid’s combat really started to shine. Ska is a crazed rat equipped with a flamethrower, and Clid encounters him as he’s attacking the Grasshopper Citadel. The grasshoppers are gone, so it’s just a one on one fight between Clid and Ska. The flamethrower can reach across most of the arena, so I had to duck behind charred remains to protect myself from the fire, taking shots at Ska when I could. It was a surprisingly tough fight, and I hope the game’s combat encounters retain a similar sense of challenge going forward. 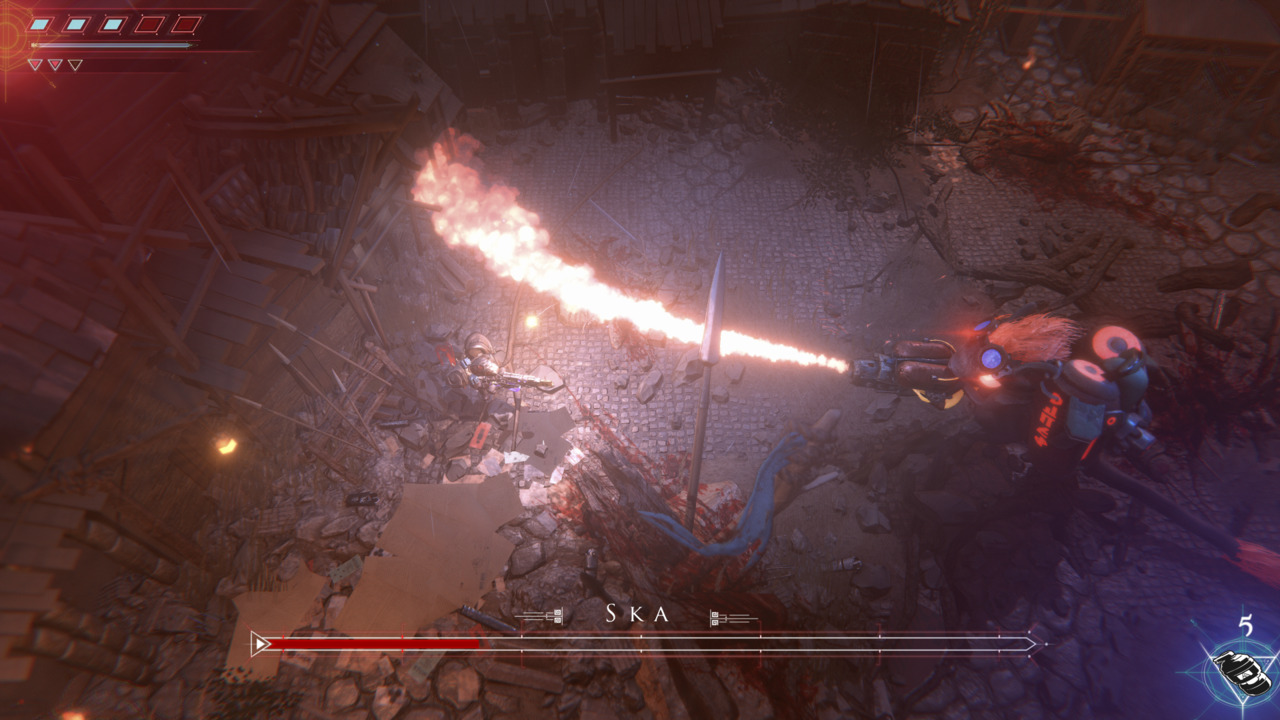 Surprisingly, the puzzle-solving was even more compelling than the combat, at least for the segment I was able to play. There are collectibles scattered throughout the world that will increase Clid’s maximum health, so I naturally tried to pick up any that I came across.  They’re all locked behind simple puzzles for the most part, and these provide a nice change of pace from all the slug shooting.

The segment I got to play was filled with lasers that would instantly kill Clid upon contact, and the puzzles in the area were centered around shooting switches to temporarily disable them. Finding the right order to turn off the lasers and trying to find the right angles to shoot the switches was really engaging, and I hope the full game is filled with many more of these puzzle-solving segments. 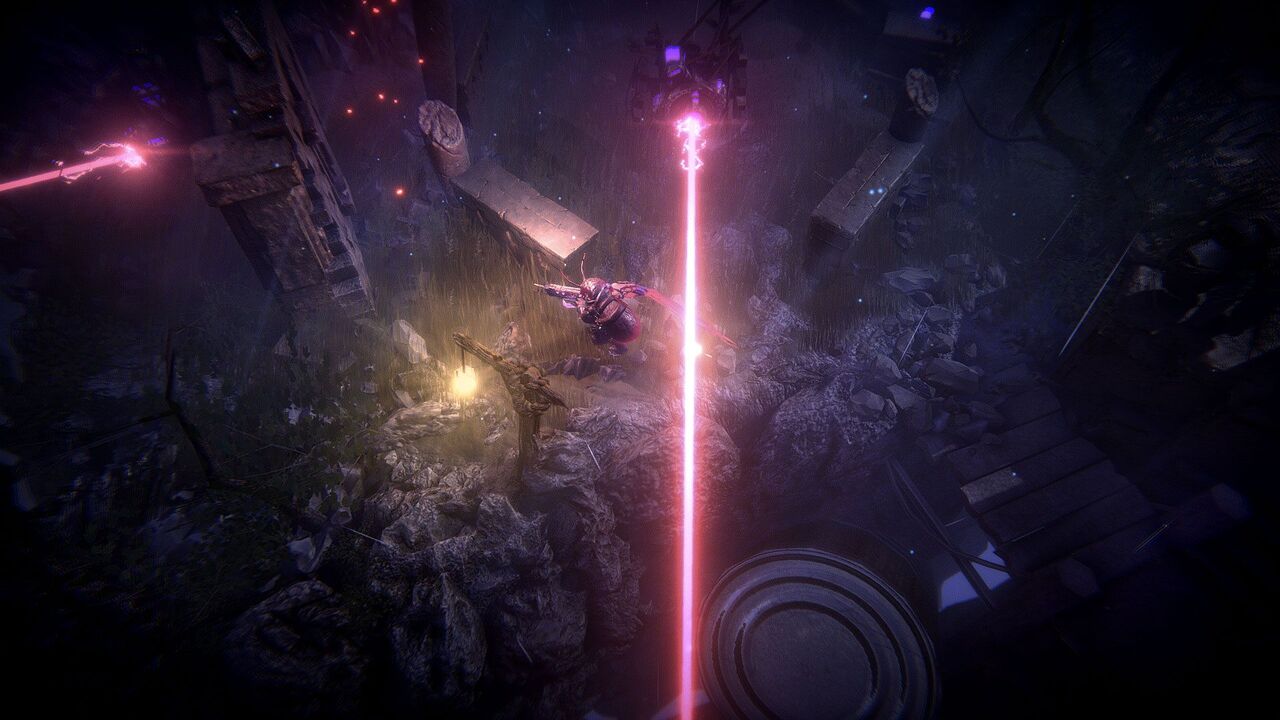 Clid the Snail will launch first on PlayStation 4 this summer followed by a PC release later this year, and I’m excited to see more of the game. I think this game could end up being a great time if the systems are expanded upon the right ways, but I wasn’t able to experience anything but the most basic aspects of Clid the Snail for now. Even though the beginning was slow, I could see where things were going when the preview segment ended, and I’m looking forward to playing more once the game comes out.

Clid the Snail will be released this summer for PlayStation 4. A PC release is slated for Q4 2021.