Brew people drinks while they tell you their stories. 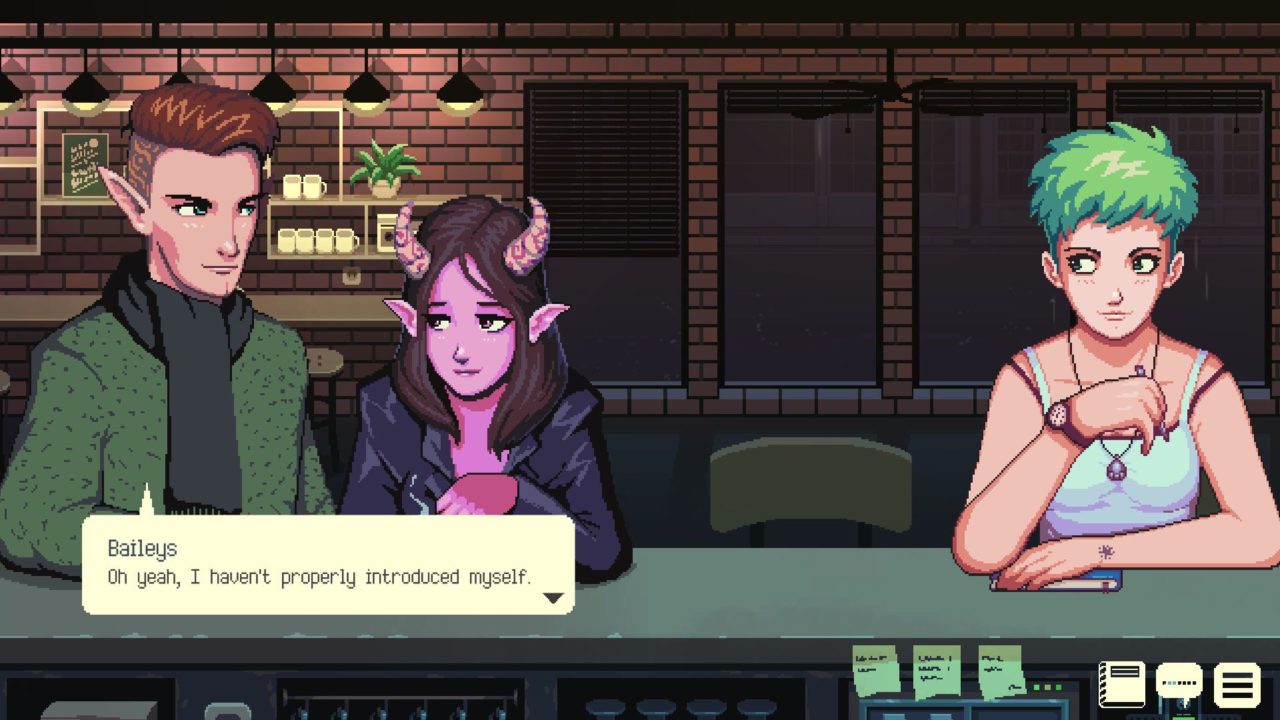 I’ve just started playing Subsurface Circular on Nintendo Switch (from Mike Bithell, creator of the incredible Thomas Was Alone) and it’s totally my kind of jam: a mostly text-based detective story which has you assuming the role of an android Tek detective, investigating a series of disappearances through talking to passengers while onboard the Subsurface Circular: an android subway system beneath a futuristic human city.

This morning I was perusing my feed of video game news while sipping coffee and caught wind of Coffee Talk: a game about “listening to people’s problems and help them by serving a warm drink out of the ingredients you have.” according to the game’s official site.

The demo is only about 15 minutes long and puts you in the shoes of the owner of a night time only cafe known as Coffee Talk in 2020 Seattle where myriad fantasy races live in harmony. I called myself Keanu (because… Keanu) and immediately started talking to a regular customer called Freya who is struggling to write her novel. Two more characters come in, a succubus called Lua and an Elf called Baileys and you end up chatting a little to them and overhearing them talk about the difficulties their relationship poses for their respective parents because of their racial difference.

Most of it is scripted, so you’re just reading the story. There were no decisions outside of brewing drinks (which is a simple selection process of a base, plus 2 more components.) I failed to brew what they wanted several times but they didn’t seem to mind (but did comment on my failings.)

Based on those 15 minutes I can’t tell if there will be more decision making, but I really enjoyed the writing, the sprite animation and the way characters are brought in and pulled out. It’s has a wholesome voyeuristic flavor to it and depending on the price this could be worth picking up. I’d love to have it on the Switch.

You can download the demo (for free if you like.) and see what you think. Maybe you’re a fan of their previous VA-11 HALL-A, which is described (I have’t played it) as “Cyberpunk Bartender Action” or you loved Subsurface Circular, or just love interactive stories!

The game comes from Toge Productions and is coming to PC and Mac. There’s also the bonus option to download and play the original game jam version: Project Green Tea Latte.