Deathgarden Preview – Dead by Daylight for the Call of Duty Crowd

Hands-on with Deathgarden, the next game from the Dead by Daylight developers who are looking to pick up the pace in this release. 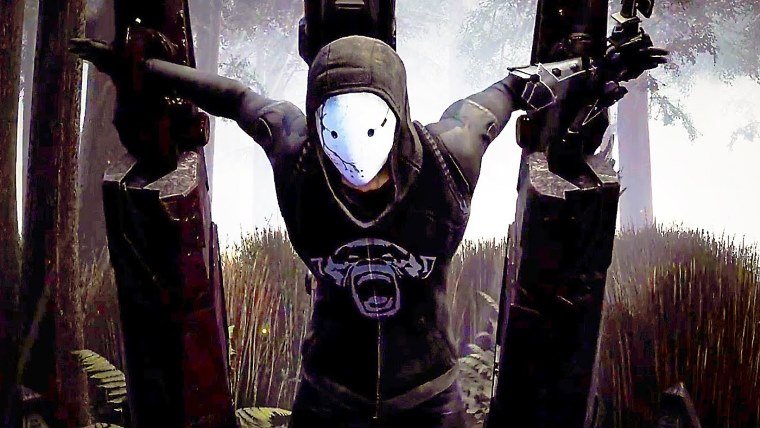 Dead by Daylight has become a bit of a sensation since its debut back in 2016. The game’s unique asynchronous multiplayer mixed with survival horror trappings has created a massive audience of fans. Now, Behavior Interactive is looking to add to that audience with their new game Deathgarden. Following in its predecessor’s footsteps, Deathgarden is another asynchronous multiplayer game, but one that alters things enough to stand on its own. I got to check it out at PAX East 2018, so read on to get the details.

In Deathgarden five players take on the role of Runners who are trying to avoid a sixth Hunter player. Working together the Runners have to survive while completing objectives. The Hunter is tracking them down and dispatching them. Sounds familiar so far, but it’s the core gameplay that gets altered and changes the overall experience.

For one, the Runners can fight back…a bit. The Hunter can’t be killed, but he can be slowed down. Firing arrows at him will make him flinch, and there are various traps the players can set. Also, the Runners live up to their name in just how fast and mobile they can be. No more stumbling around the dark forests of Dead by Daylight for Deathgarden. Players are running, jumping, sprinting all over the place. They can even climb surfaces, making for quick and easy escape if the Hunter gets too close.

And that range is extended greatly in Deathgarden, as the Hunter is fully armed this time around. Wielding weapons as powerful as assault rifles, the Hunter doesn’t have to get too close to do some damage. The players are trying to secure capture-the-flag style objective markers, and the Hunter doesn’t even have to arrive at them before he can start taking them out.

The Hunter’s main goal is eliminating the Runners because in Deathgarden each side succeeds or fails as a whole. There’s no more “I escaped so I won, but my fellow survivors didn’t.” The Runners have to get at least three of their people out to secure a victory, and the Hunter can use this to his advantage. A few of the games I watched hinged on the final moments, as the Hunter had downed enough players to prevent the win, making the Runners decide who to save and how risky they could get. By executing players, either via weapon or the hook-style sacrifice area, the Hunter made his win more likely, but gave the Runners less people to worry about saving.

These combine with numerous other changes, including on-map respawning item drops that players can mark with their arrows, to create a more tactical and fast paced Dead by Daylight type of experience. As it was described to me by Deathgarden’s developers, this is like Call of Duty to Dead by Daylight’s Battlefield. Each can stand on its own, and deliver its own audience, because the differing pace and feeling the player gets will develop those audiences.

My time with Deathgarden went by quickly, with the Runners dominating the Hunter in two rounds of combat. It was clear right from the beginning how different this game would play out as we huddle together for protection, firing arrows at the Hunter from a distance before sprinting into the woods and climbing cliffs for sanctuary. Securing the points was tough, but we pulled through.