The latest news in the world of video games at Attack of the Fanboy
September 9th, 2016 by Kyle Hanson 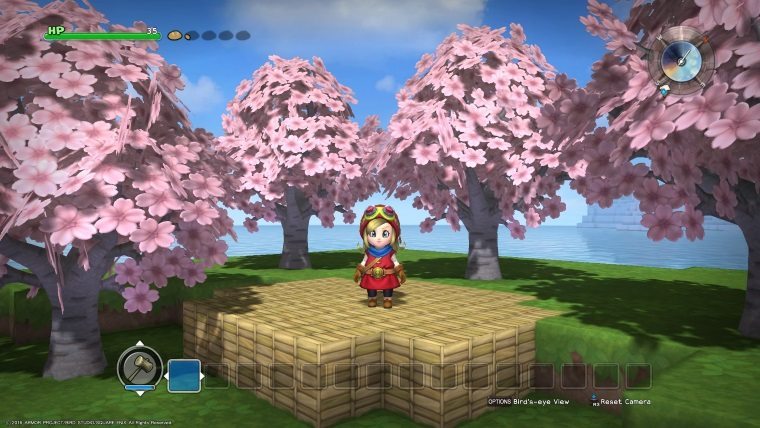 In the wake of Minecraft becoming one of, if not the most successful game of all time, there were a ton of imitators. Some worked, most didn’t, but the world of gaming was forever changed. There was now a whole subset of games that focused on crafting and building things. Now, a few years out it seems that Square Enix is getting into the game with Dragon Quest Builders. But this is no copycat clone of Minecraft, it is a thorough reimagining of the mechanics that that game is based on, along with a smattering of Dragon Quest elements. The end result is actually a much more refined experience than we’ve seen before from the building/crafting genre.

The world is in turmoil. Everyone has somehow lost the ability to break things down, combine those elements together, and create something new. They have just forgotten how it works completely. But not you, you were in some sort of magical suspended animation, and have just awoken to find the world in this shape. Now you set out into the decaying world, stick in hand, ready to beat up some enemies, break down some components, and rebuild society as you see fit.

I hate to harp on the Minecraft comparisons, but they’re quite apt. Dragon Quest Builders definitely blazes its own trail and is not derivative, it just has a lot of elements from Minecraft that help players understand how it works. As you explore the world you can collect items, by taking them to a nearby crafting station you can form them into more complex things, like weapons or tools. I’m sure this all sounds familiar, but the way in which it is handled is so much more polished and refined. 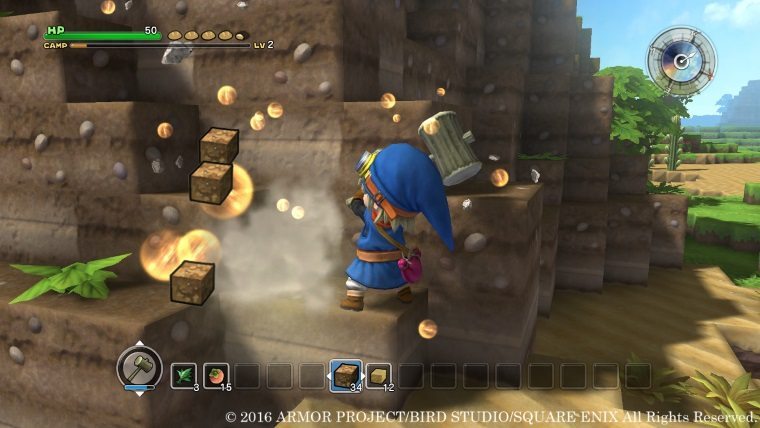 Once players grab a new item they, through their seemingly magical ability of “imagination”, can immediately see different ways to use it. This populates your crafting menu with recipes, such as using a stick and some grass to make a torch. Building this torch is simple and easy, just making sure you have the required items and selecting it on the menu. Even more complicated items are like this, with an easy to read list of things you need to build whatever it is.

On top of this are the more traditional video game elements of Dragon Quest Bulders. You aren’t just messing around here, you actually have a bit of a mission, and are given a lot of quests. By building up a town you will begin drawing in new settlers, or you can go in search of specific ones from out in the wild. Building up your town has actual requirements to it, such as buildings always having two block high walls, and a door. And those buildings not only serve a purpose, but you even unlock new types by attaining blueprints. Setting the blueprint down shows you exactly what you need to build the type of building you want.

Building that structure, or anything really, is simple and easy. Moving around the world is a breeze, and the interface works quite well. It took a bit to figure out how placing blocks above me worked, but it’s just a matter of holding a shoulder button.

What most made me feel like Dragon Quest Builders has such high potential was having a more refined world and structure. Interacting with other characters, having a story (with a nice dose of humor at that), and going on specific missions was great fun in this otherwise free world. The game has more set elements to it than most crafting style games, and that helped make for a more enjoyable demo. Whether that transitions into the full game I can’t say yet, but with a pedigree like Dragon Quest it is a good bet.