E3 2016: Attack on Titan is the Game Fans Have Been Waiting For 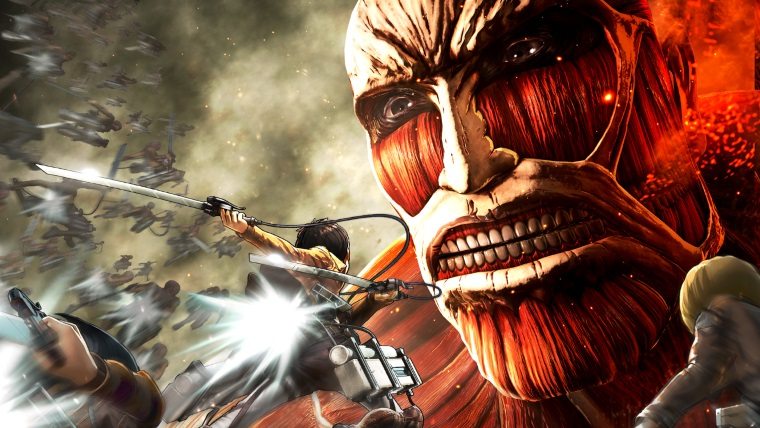 So far, Attack on Titan has not had the greatest track record in regards to games based on the wildly popular anime and manga series. To be fair, it’s only had one other release, but it was the awful 3DS game, Attack on Titan: Humanity in Chains. That game showed tons of promise, and fans were understandably excited, before being let down by the final release.

However, there is another hope, with Koei Tecmo and Omega Force releasing Attack on Titan for PS3, PS4, PS Vita, Xbox One, and PC on August 30th. I got to go hands-on with the game at E3 2016 and feel that this could actually be the game fans have been waiting so long for.

The key is the ridiculously over the top, frenetic action on display. Coming from the makers of Dyansty Warriors, these guys know how to make a solid action title, specifically one that has a lot of stuff going on on-screen, and around the battlefield.

And there is a whole lot going on in Attack on Titan. After a very thorough tutorial you are thrust into battle, with the titans having breached the outer wall surrounding the last vestiges of humanity. They are destroying everything in their path and it is up to you and the other members of the fabled Scout Regiment to take them out. 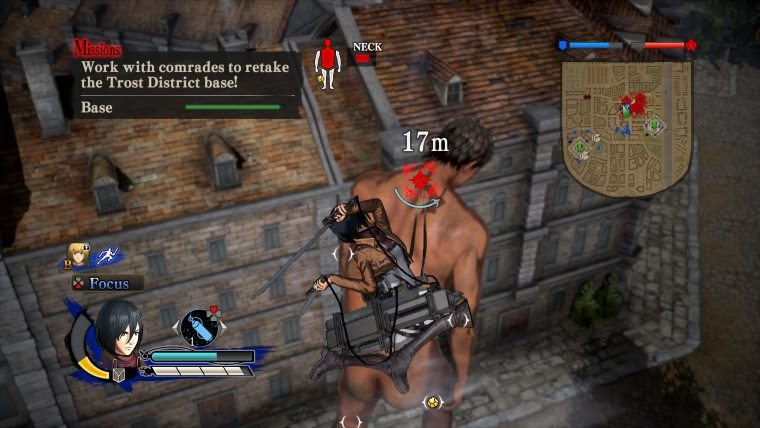 Players will use their 3D maneuvering equipment to make their way through the city, toward the approaching titans. They can then enter combat mode, selecting a major body part to attack. Latching on, they will automatically move toward it, though they can use their boosters to gain extra speed, and extra damage. Finally, they must strike at the right time to deal the final blow, and of course they’ll have to attack the titan’s neck if they want to fully take them down.

Somehow Omega Force has made this work

The idea of an Attack on titan game might seem crazy. The action of the series is so out there, that getting it to work in video game form is a very tall order. Players have to be able to maneuver in 3D space, while keeping track of massive, mobile enemies, and be able to target and attack specific parts on their body.

Somehow Omega Force has made this work though, and it works not only surprisingly well, but in a way that is very faithful to the show. Your 3D maneuvering equipment doesn’t just fire off screen and allow you to move wherever you want. It actually searches for nearby buildings, trees, or other tall objects, then latches onto them. You still have freedom of movement, but it is in a much more realistic fashion.

However, there are still problems, though they are much less impactful than they likely could have been. The camera can become a problem, losing focus on your intended target, or just whipping around too quickly. Also, there’s just a whole lot going on, and hitting the right buttons, at the right time can be a big challenge. This does add a bit to the realism though, but sometimes it feels more like the game is losing you, rather than you losing the game. 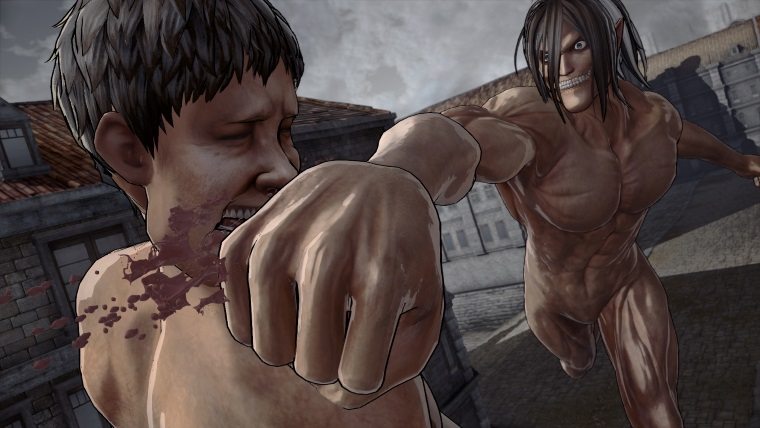 But those issues are a small price to pay for a truly authentic Attack on Titan experience. As I played through the game I was awestruck with the small touches that added to the experience, such as having to locate fellow Scouts to gather additional gas or sword blades. The visuals are stunning as well, which you can check out in the trailer below. They truly capture the beautiful art from the series, and it all holds up very well on the PS4 version, which is what I was playing on at E3.

Finally, if flying around, strategically taking out titans starts to get old, there’s another mode that lets you really run wild. Titan mode puts you in control of one of the giant beasts (avoiding spoilers here). As a titan you can blast through buildings, slamming your fists into smaller titans. You also have a grab move that is truly devastating, and can even take out a few small titans at once.

All-in-all Attack on Titan really looks like the game that fans have waited so long for. Now if we could just get Attack on Titan season 2, everything would be right with the world. Attack on Titan hits PS3, PS4, PS Vita, Xbox One, and PC on August 30th.

Home / Original Articles / E3 2016: Attack on Titan is the Game Fans Have Been Waiting For