ESPN is Still Baffled by eSports, but at Least They are Improving

The latest news in the world of video games at Attack of the Fanboy
August 10th, 2015 by Kyle Hanson 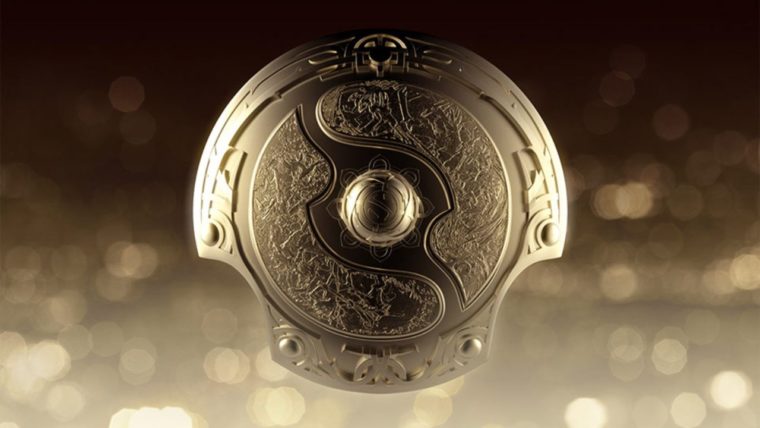 DOTA 2’s The International 5 concluded over the weekend, with Evil Geniuses taking home millions in prize money, and pushing eSports to a new level in terms of fans and community. With eSports becoming more and more mainstream every year it has been interesting to see how the established media surrounding sports have adapted.

ESPN has actually been at the forefront, including eSports tournaments in their programming, usually on lesser channels, such as ESPN 2 and their ESPN 3 website. However, every once in a while a piece will make it to the main stage, hitting regular old ESPN, usually via Sportscenter or a highlight reel.

That was the case this year, with a couple of segments being presented on ESPN about The International 5, DOTA 2, and eSports in general. Was it an improvement? Certainly, we saw eSports being shown alongside baseball, basketball, football, and the rest. Many of the presenters were discussing it in a mature and interesting way, with some simply showing surprise that they hadn’t heard of this growing phenomenon before.

The biggest element that seemed to cement DOTA 2 and eSports as a viable alternative to the big boys of sports was money. Showing charts that reveal the DOTA 2 prize pool to be larger than those of Wimbledon, the Kentucky Derby, and various others was powerful stuff. Joe sports fan sitting at home was likely astonished by these facts, and then seeing all of the fans piled into Seattle’s Key Arena was the icing on the cake.

However, there was a tinge of condescension amid the coverage. One of the earlier pieces, which aired before the Grand Finals had concluded, featured two correspondents, both of which were simply baffled by the idea of people making money playing a video game.

They went on and on about how they had never heard of this new sport, which seems like an odd admission from people whose job it is to cover things like this. Of course, you have to start somewhere, and maybe it was a way to sympathize with an audience that has also likely never heard of DOTA 2 or The International, but it felt somewhat unprofessional. It ended up giving the entire segment a feeling that this was some flippant coverage brought on by the sheer size of the prize pool alone.

To be fair, one of the presenters seemed more receptive, essentially using his ignorance as a stepping stone to ask questions. But what stuck out was how they felt the need to add the phrase “to play a video game” to the end of every statement that otherwise would have lent some legitimacy to the event. Considering almost everything they say on a regular basis could end with “to play a game”, it felt rather odd.

And, of course, there were jokes about it being like Super Mario Bros. and Donkey Kong. They were presented with levity though, so it likely helped the audience connect, since many were certainly thinking the same thing. 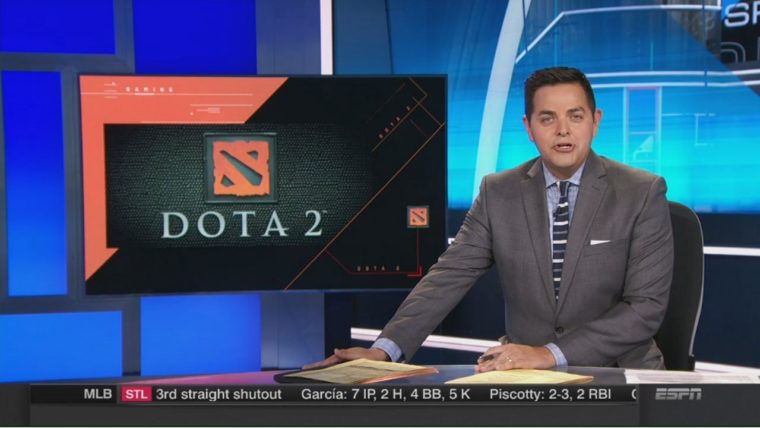 In a much improved segment that aired after the Grand Finals had reached their epic finish, viewers were given highlights of the big plays just as they would from other sports. While there were jokes about how the “players didn’t even have to leave their chairs”, this seemed to be more traditional ESPN humor than an actual jab at the competition.

Most likely the best moment was when the commentator spoke to the audience directly. “I know what you’re saying, ‘these guys aren’t athletes Sportscenter!'” Showing an image of a rather large baseball pplayer the commentator replied “listen, if this guy can be called an athlete than why can’t they?” Perhaps the comparison could be seen as an insult of sorts, maybe on both sides, but it works to get the point across.

The host then went on, showing even more improvement from eSports segments in the past, firmly stating that “eSports are going to be more popular” in the future. Afterward the highlights were played, with appropriate and accurate descriptions of the teams, and the plays being shown. It was stunning to see DOTA 2 on ESPN with the same sort of presentation that the latest football game would receive.

By the end the ESPN correspondent was getting excited right along with me, chanting “USA!” before wondering “is this real life? You bet it is!” A joke about the Aegis of Champions looking like Captain America’s shield was actually pretty on point too. The segment concluded with the announcer saying something I think we can all agree with. “Let’s get some Madden, let’s get some NBA 2K next year. Come on ESPN!” I’d add Rocket League to that list as well.

ESPN as a whole has actually been quite supportive of eSports, I don’t want to take anything away from that. However, when looking at individual segments on the main channel, it can appear as though they are trying to put down this new contender in the world of sports. Overall though the coverage is certainly improving, and I hope to see more eSports show up on there in the future. It might actually get me to watch at home, rather than in the background at the bar, or my local Chili’s.

Home / Original Articles / ESPN is Still Baffled by eSports, but at Least They are Improving