Smart refinements to the formula, and none of the usual mobile annoyances. 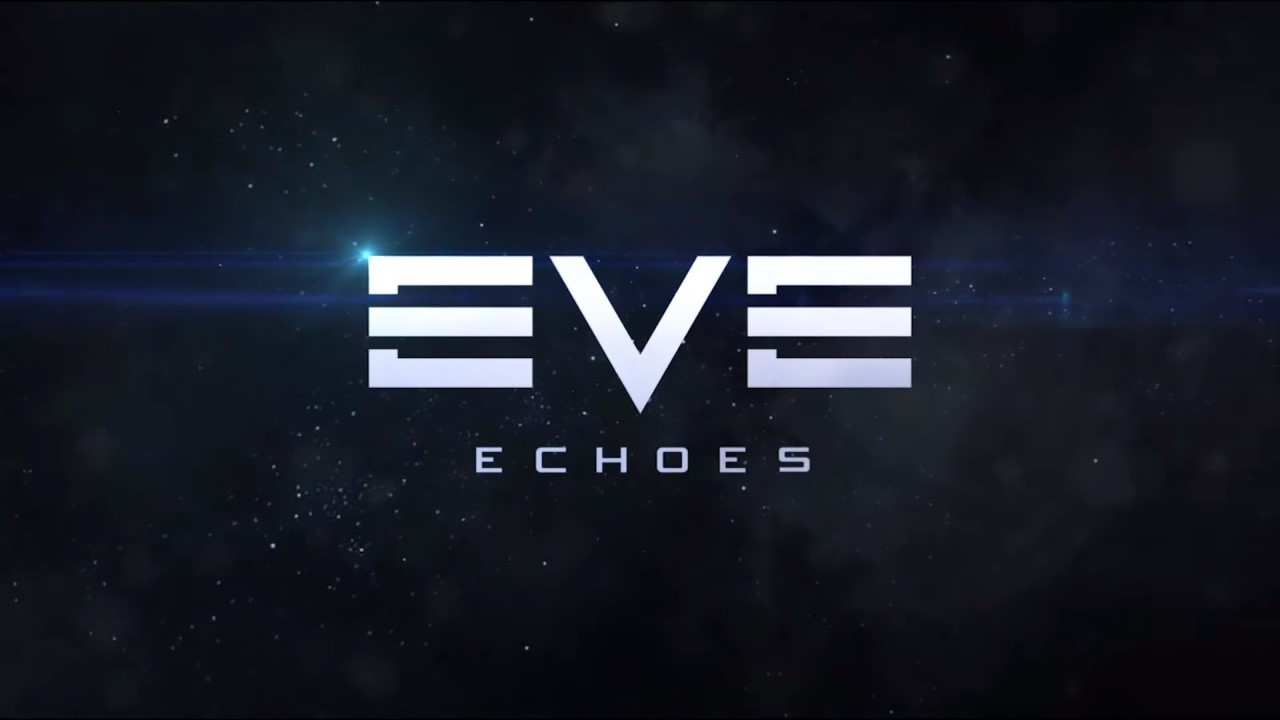 Back during my first deployment in 2012 I fell into the vast rabbit hole that is EVE Online. A co-worker introduced it to me, and thanks to the lack of things to do in our free-time I decided to give the game a shot. Normally I would have been a touch more adverse due to the game’s unflattering “spreadsheets in space” reputation, but beggars can’t be choosers. Once I knuckled my way beyond the early, steep learning curve I found myself utterly enthralled by CCP Games sandbox-MMO, although I was by no means good at it. Shortly after returning home I parted ways with the game for my routine favorites, but the experience stuck with me for years to come.

Fast-forward to 2020, and we now have a mobile version of EVE Online called EVE Echoes, with a planned August launch. CCP Games has partnered with Chinese developer NetEase Games (of Diablo Immortal infamy) to develop the game, and like damn near everyone else I was a bit concerned. I need not lament the follies of mobile gaming here: outside of straight-up ports like Stardew Valley, most mobile “adaptations” tend to be soulless husks of their larger console/PC brethren filled to bursting with obtrusive and exploitative micro-transactions. These foibles are largely why I ricocheted off Stellaris: Galaxy Command, which traded the grand strategy of its older sibling for a hollow Clash of Clans imitation.

Naturally, I was wary EVE Echoes would be much the same: a substantially parred back iteration of EVE with more micro-transactions than stars in its galaxy. Having now played in both the earlier and most recent tests this year I can confidently claim that isn’t the case, not even close. EVE Echoes is the full-fat EVE Online experience, albeit with smart alterations that make it a far less obtuse affair. As a quick aside, all screenshots in this article has been smushed to 1280x720p to better work with our website, so what you see here isn’t nearly as compressed in-game. 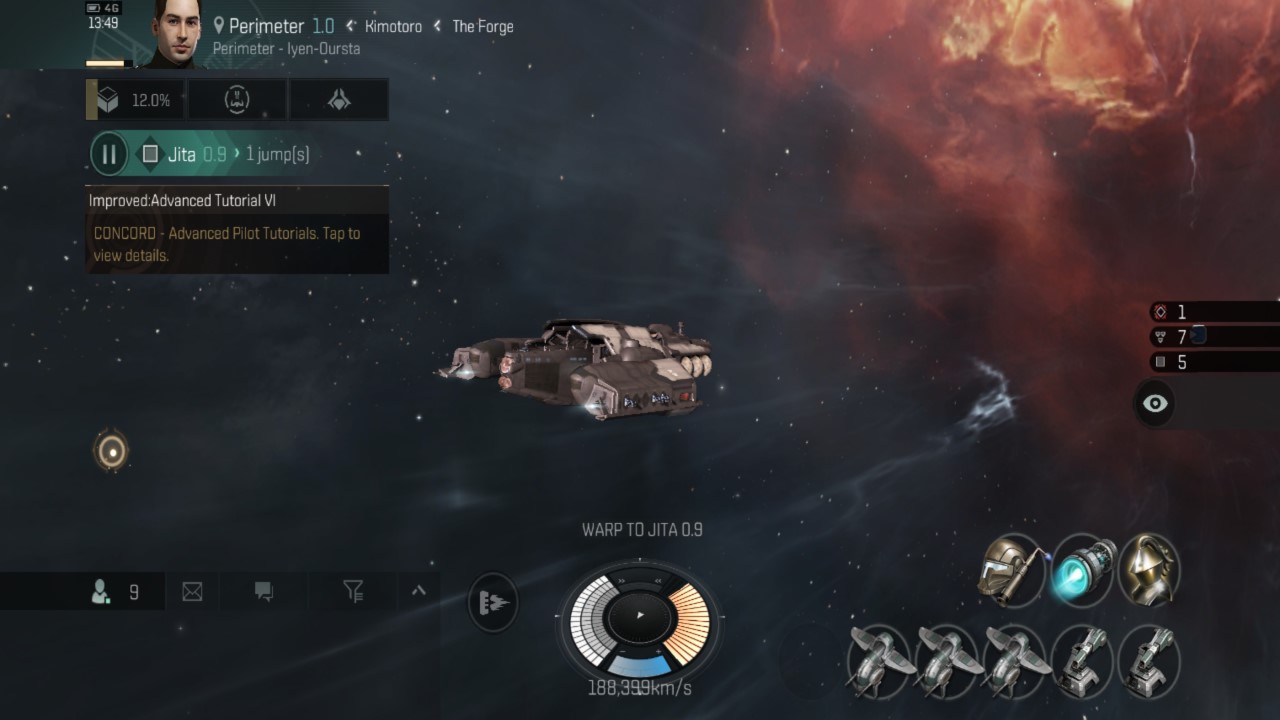 EVE Echoes features the same massive cluster of stars and planets as Online, but the two are completely divorced from one another. That means EVE Echoes players will be starting fresh without any of the established corporations already running the show. Everyone will start out with a basic frigate, few learned skills, and nary an ISK (the in-game currency) to their name. EVE Online can be daunting for new players due to how entrenched the community is, so a fresh start isn’t a bad thing. Sure, in time Echoes will have its own collection of super-corporations lording over everything, but knowing we’re all starting from square-one makes jumping in less daunting.

Progression has been shaken up in EVE Echoes, though it retains much of Online’s DNA. Skills are still learned over time, with increasing tiers ballooning upwards from hours to days, but some of the fat has been trimmed from the process. There are no attributes that affect the amount of time it takes to learn a skill, and skill extractors/injectors are nowhere to be found. Even skillbooks are absent, because the whole system is now governed by Tech Levels.

As you learn skills you’ll increase your Tech Level, which gates ships, weapons, and other items. All skills are available to you, though anything outside the starter skills must be unlocked with an ISK purchase (the higher the skill the more expensive it is to unlock). Even the basic, advanced, and expert skills follow a strict hierarchy, requiring you unlock the previous tier prior to moving up the ladder (and one other limitation I’ll touch on a bit later). Skill points are even banked if you have nothing queued and are offline, meaning players unable to log in daily are able to batch “purchase” skills as required. 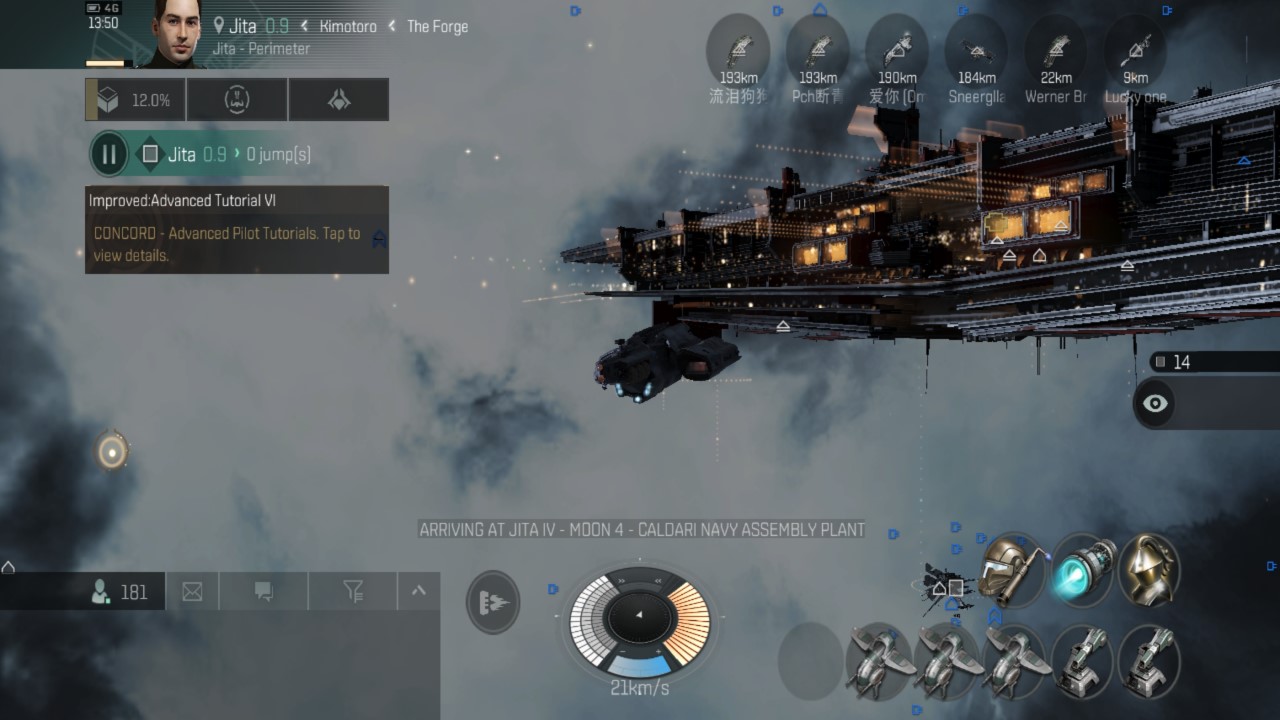 Of course skills still dictate your overall power, and the sheer amount of them on offer means players will want to specialize sooner rather than later (for reference, it’ll take you two decades to max-out every skill in EVE Online). The Tech Level gating works well here, establishing a clear and clean progression path, with every event in-game – from combat encounters, to mining, etc. – having a clearly listed Tech Level associated with it. Even the short quests – Encounters – have obvious Tech Levels attached to better inform players of what quests they should and shouldn’t be tackling.

The Tech Level system doesn’t drastically alter how you approach EVE Echoes as compared to EVE Online, but it makes progression less opaque. I know at a glance if I have the right skill tiers, ship, and equipment well before venturing into the void. EVE is a ruthless universe, and this transparency goes a long way towards making the new player experience a more rewarding, less frustrating endeavor.

Even the UI has been given a proper facelift thanks to the mobile translation. It’s no secret EVE Online’s UI is a hot mess: years upon years of iterations stacked upon each other like strata. Thanks in part to being a new game, and a mobile one at that, those years of accumulated chaff have been refined into a more pleasant, easier to parse UI with a few new additions that make managing your ship all the easier.

For example, there’s now a ‘quick lock’ option for targets, both as an icon that appears next to your ship’s health and power in the center of the screen, and in the larger target menu. Your ship will even fire on the next target without command, though you can tap any of the targets in the top-right for more granular control. The overview menu can be filtered by enemies, anomalies, loot, planets, and more, providing players with precise information without a deluge of icons. Even the basic looting range has been increased and ships move faster, so jet-setting across the void is a far snappier experience in Echoes than it is in EVE proper. 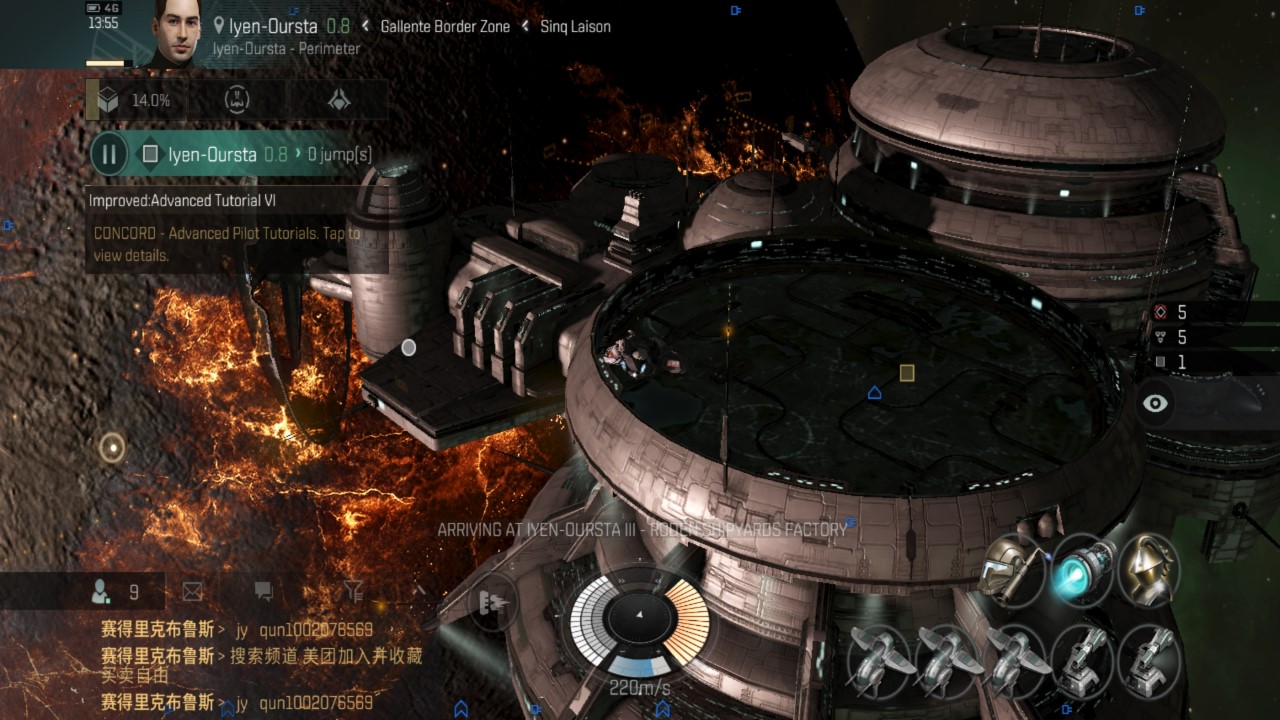 That’s all without touching on the additional ships added to pad over holes in progression (though they tend to be upgraded versions of existing ships), some of the new ships introduced, the streamlined Planetary Production (which is a passive harvest in Echoes), and more. In bringing EVE to mobile both NetEase and CCP have been able to take a magnifying glass to the base experience found in Online to better identify the minutia in need of adjustment. In doing so they’ve made a game that is not only faithful to the source material, but in some ways better.

But what about monetization? Surely this is where everything implodes, right? Mercifully not, because EVE Echoes is by-and-large the same as EVE Online. Players will be able to buy and trade PLEX, the real-money currency, for ISK, which can then be used to purchased a handful of things. First off is the Omega Clone subscription that increases skill point acquisition time (I.E. reduces the time it takes to learn skills), and has a few features locked behind it to deter RMT scum from ruining EVE’s notoriously complex economy.

You can’t sell items on the market as a free Alpha Clone for example, but you can easily farm up enough ISK in-game to buy the PLEX needed for a sub. The only sticking point may be the gating of advanced/expert skills and Tier 8 and above ships behind Omega Clones, but those each take so damn long to reach that most players will be able to buy the PLEX for their Omega Clone sub without issue by the time they reach those points. Even still, at $5 a month for the basic Omega Clone subscription it’s not a terrible price-point if you opt to pay for it with cash.

Additionally, there will be skins up for grabs, all available for purchase with PLEX. Players not interested in spending any real money on the game can easily avoid doing so thanks to the PLEX system, and anything that could break the economy (such as direct sale of ships) is off the table (at least for now; NetEase said they would alter this if the community overwhelming wants it, so we’ll only have ourselves to blame if this occurs). The base game will remain free-to-play, and outside the Omega Clone limitations you won’t be bombarded with prompts begging you to make a purchase. All said, EVE Echoes is refreshingly devoid of the usual mobile game bullshit. 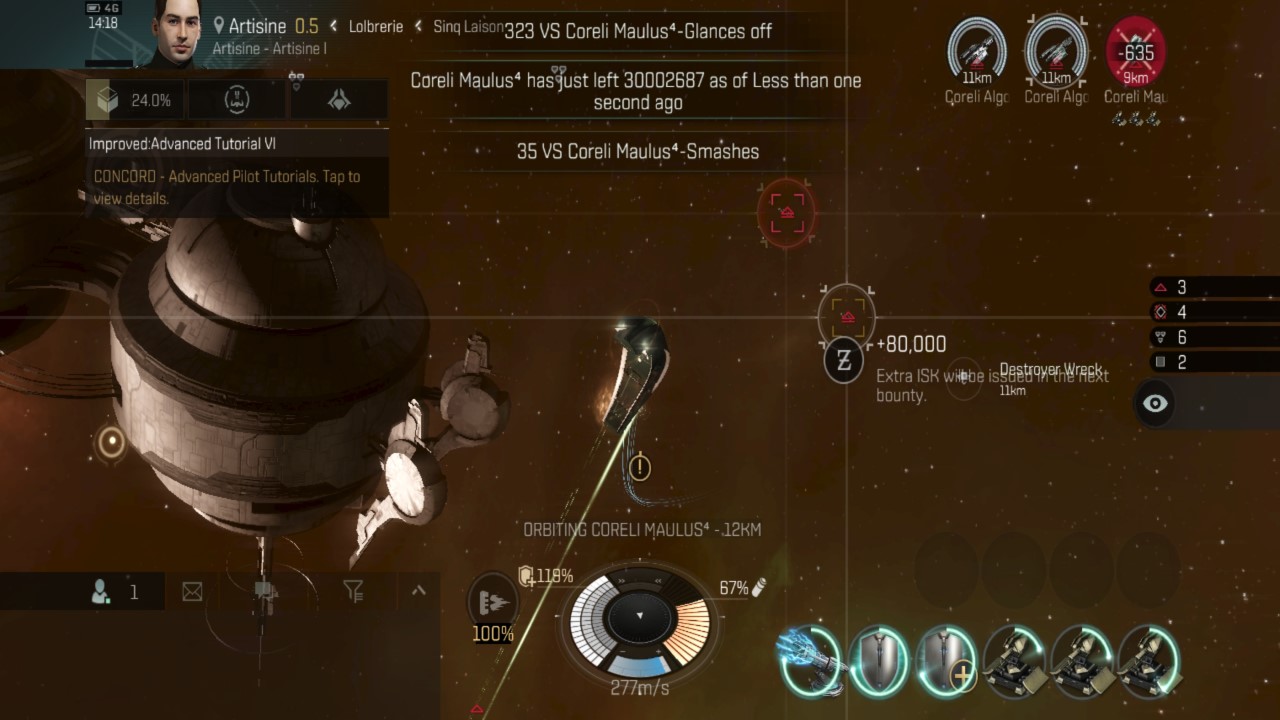 We still have little over a month between now and the full release, but if my time in the tests has been any indication EVE Echoes is shaping up to be an excellent adaptation of the full EVE Online experience, one that remains faithful while also pruning 17 years of bloat. If there is one absolute downside to the game is its eagerness to devour your phone’s battery (my Galaxy S10 could barely make it through three hours of continuous play), but the game has enough ‘jump in/jump out’ gameplay to make short sessions perfectly viable. New and existing fans should keep an eye out for EVE Echoes when it launches August. I certainly will.