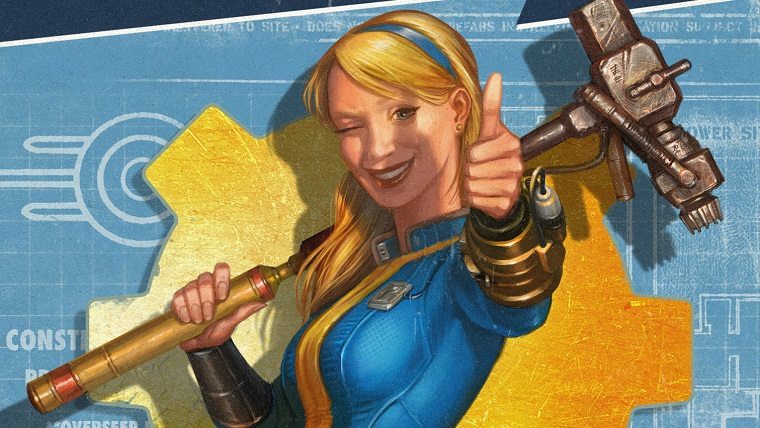 Fallout 4’s DLC has been a bit hit and miss so far. With four expansions already released, only one has really been a massive, sprawling adventure like many were hoping for when the DLC plans were announced. We’ve gotten a few missions here and there, but overall Fallout 4’s DLC has been small additions to the game, mostly in the workshop department. The latest, and penultimate DLC release, Fallout 4 Vault-Tec Workshop fits firmly in the latter category, giving players a ton of new workshop components to work with, as well as a new location. What makes it work better than the earlier releases is that all of this is centered around one of the more fascinating aspects of the Fallout universe: the vaults.

Ever since the release of Fallout Shelter fans have wondered if its features and systems might make their way to Fallout 4. They haven’t really, but a lot of the ideas seem to have made their way over. You aren’t really working as a true overseer of your vault, so much as you are building one out of workshop parts.

These workshop parts, which are added to your inventory as part of the Vault-Tec Workshop DLC are true to the visual styling and architecture of other vaults found in the game. In fact, if anything there are too many options here, as anyone who isn’t a huge Fallout 4 workshop fanatic will likely be overwhelmed quite quickly at all the new stuff thrown at them. You don’t even build single rooms or buildings in most cases, instead piecing things together from various parts. This allows for much greater freedom and creativity, but it’s important to know what you’re diving into here. Vault 88, which is opened up for you in various chunks, is truly massive. And with enough workshop wizardry you can connect the whole thing together into a huge vault of your own creation. There are even some new methods of generating power, water, and other resources, which should please those who are getting tired of the default offerings. Everything is very thematic, and in the end you can have a vault of your very own.

But all of this is really just for those who want to put in dozens of hours building their own vault via the Fallout 4 workshop mechanic. If you got tired of this system, or never really got into it in the first place, then Fallout 4 Vault-Tec Workshop has very little for you. There are some quests here, but they’re more of a tutorial than an actual set of missions.

However, the writing is really on point, with a lot of classic Fallout-style humor tossed into the mix. Being able to run some tests on your vault dwellers is especially fun, and even offers up some engaging moral quandaries. However, it ends rather quickly, and never really sets anything up beyond the simple mechanics, before putting you in charge of Vault 88 and letting you run wild.

After that is when Fallout 4 Vault-Tec Workshop really opens up, but without the guiding hand of a mission structure, some might find it very lacking. In fact, I might have just abandoned it entirely were it not for the starting mission. I have enjoyed Fallout 4’s workshop mode in the past, but it just doesn’t keep my attention that much anymore, so a workshop focused DLC isn’t really getting me back into the game. If, however, you loved the workshop then Fallout 4 Vault-Tec Workshop will really grab you and won’t let you go for hours.