Fallout 4 VR was Immersive and Fun, but isn’t the Best Way to Play 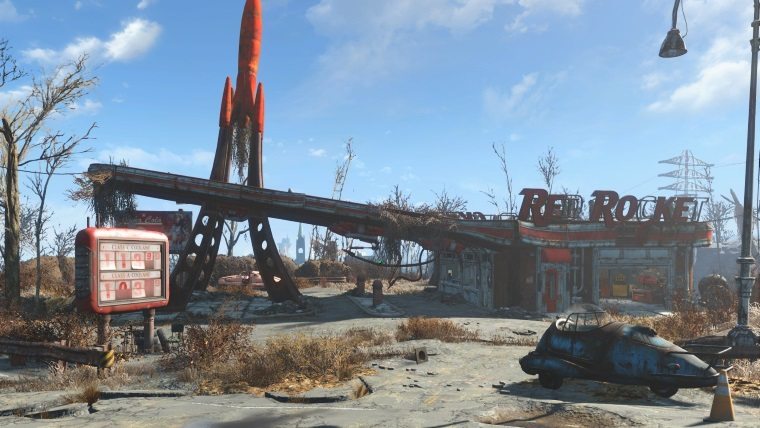 Late at night, after Bethesda’s fairly enjoyable E3 2016 press conference, I got to try out Fallout 4 VR. Using an HTC Vive I was put right into the game, walking around the world, picking up objects, and pulling up my Pip-Boy simply by looking at my actual wrist. The experience was immersive, and really eye opening in terms of what VR can do for a game like Fallout 4. However, it might not be the best way to play the game, instead being more of a fun side trip every once in a while.

Fallout 4 VR works like a lot of other currently released Vive games. You can freely walk around within your available room space, at which point you need to teleport closer to whatever you want to interact with. Your Pip-Boy is on your left wrist, and you hold your weapon in your right hand.

It took a while to figure out the controls, with the grip buttons allowing me to pick up items, the touchpad being used to navigate the Pip-Boy, and a few other minor pieces of control. For this demo I was kept inside and around the Red Rocket just outside of Sanctuary. Apparently I could explore outside that area, but was warned not to as it wasn’t meant to be part of the demo.

Inside this small space I wandered around, firing off mini-nukes to my heart’s content, and picking up random objects and tossing them around, or popping them with my 10mm. A few enemies spawned partway through the demo, and it was fun ducking behind cover and firing shots at them to take them out.

And really, that was about it for the demo. This is obviously very early stuff, and the full release should allow much more exploration. At this point the game is already pretty cool, giving you a real sense of place inside the world of Fallout 4. However, moving around is tiresome, with a heavy reliance on teleporting about the map. If this ends up being the way it is handled in the full game, moving around would be a huge chore.

Still, while I wouldn’t see myself using this for tens of hours on end, I would definitely load up some Fallout 4 VR at times, just to mess around in some especially cool or interactive areas. There is still a performance hit, obviously since the PC has to render two screens at 90 FPS, but it wasn’t terrible. Of course, the demo was running on some very powerful hardware, so my home machine might take too much of a hit. By 2017 though we should have all upgraded, right?

Home / Original Articles / Fallout 4 VR was Immersive and Fun, but isn’t the Best Way to Play