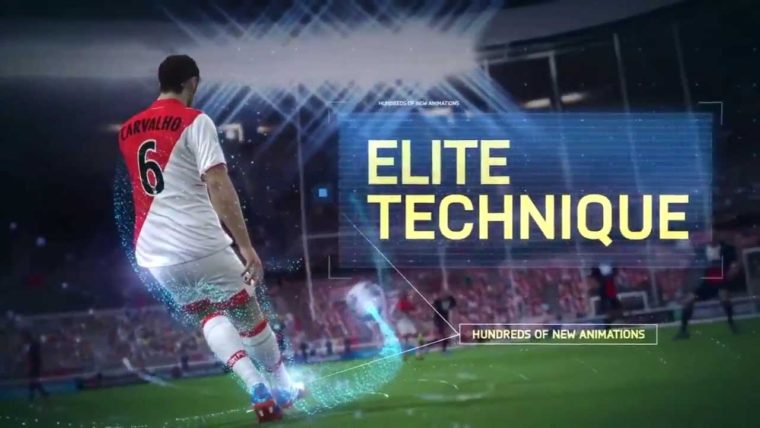 Need more persuading than that? Alright then, let me explain why. Almost two months ago, I was privileged enough to attend Eurogamer Expo 2013. While there, I played FIFA 14 on the Xbox One. As I explained in an article I wrote at the time; I was impressed, but not overwhelmed. Now, having played the full version, I can safely say that next-gen FIFA 14 is a must-buy.  But why has my opinion changed?

Firstly, I’ve poured a number of hours into FIFA 14 on the Xbox 360, which makes me more qualified to judge the difference between the two. In my previous article, linked above, I explained: “I wouldn’t say that [next-gen FIFA] eclipsed the current gen version…” Now, having spent more time with both the old and new generation copies of the game, the differences between them are more apparent.

And they’re everywhere. From the newly polished menus, to the stunning visuals and the gameplay tweaks, FIFA 14 on Xbox One and PS4 is just a different breed of game than on previous consoles. Graphically, FIFA 14 looks even better than it did at EGX 2013, which is unsurprising as I played an unfinished version of the game. The quality of replays impressed my especially.

As for the gameplay mechanics? Well, EA Sports have already shouted from every proverbial rooftop about the new Ignite engine, but FIFA 14 just… feels a lot better on next-generation consoles. It’s difficult to explain every nuance that backs this up, like the new passing animations and abilities or how a player’s acceleration and momentum changes. Instead, I’ll have to sum up the gameplay improvements by referring to it as more realistic (and that’s saying something, as I over-used the word ‘realistic’ in my FIFA 14 review.)

I ended my previous post by saying that FIFA 14 was worth buying if you were planning on waiting for the Xbox One or PS4, but not worth buying both unless you were going to take advantage of an upgrade scheme. Well, now; I retract that statement. FIFA 14 on Xbox One or PS4 is worth buying regardless. In the worst case scenario, trade in your old copy and put the store credit towards the next-gen version. In my opinion, it’s certainly worth the price difference.

Of course, feel free to share your opinion in the comments below.

Home / Original Articles / Why FIFA 14 is a must-buy for Xbox One, PS4