The latest news in the world of video games at Attack of the Fanboy
September 4th, 2017 by Jose Belmonte 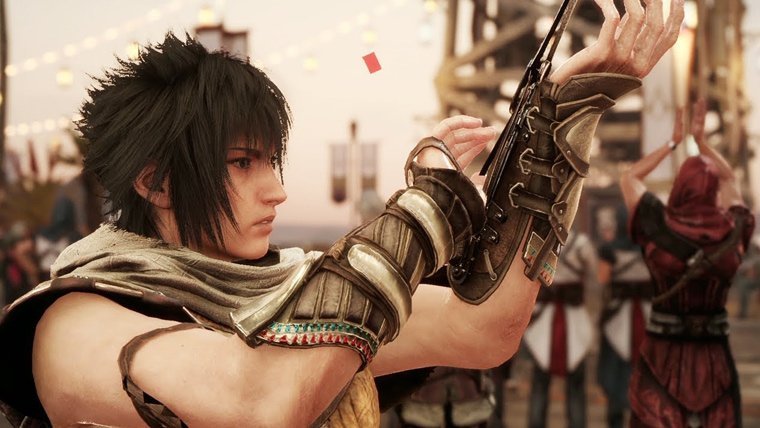 Final Fantasy XV players who finished the main story long ago probably never thought they would still be introducing the Blu Ray disc of the game on their console almost a year later. And yet, Square Enix’s mammoth production keeps receiving additional content that every time gets more polished and fun.

Just days ago, the game opened a bonus level called the ‘Assassin’s Festival,’ a collaborative effort with Ubisoft that comes just months prior to the release of Assassin’s Creed: Origins. Players can access to it from the title menu, as this is a separate adventure from the main story. The new level offers a small story chapter, new stealth features, minigames, and lots of fan service.

At first thought, Final Fantasy and Assassin’s Creed seem two series that would not fit together that easily. However, the RPG’s adoption of larger scenarios and real-time combat in the last decade has made the two of them closer than ever in terms of gameplay features. In fact, the moment you start killing imperial soldiers from the back or crossing over from one roof to another, you realize that the game has only needed to add a few tweaks to become a pretty enjoyable stealth game.

In the new stage, the protagonists arrive to the city of Lestallum just in time to enjoy the local festivities that honor the life of an unknown hero who was believed to be a real Assassin. But just when they are starting to enjoy the attractions and the revealing costumes, the party is ruined by the pressence of an imperial officer long known from the main adventure. As it becomes evident, the Empire is using Lestallum’s power plant to set up an energy field that weakens Noctis’ powers, forcing the prince to adopt the fighting techniques of the Assassins in order to defeat the enemy. 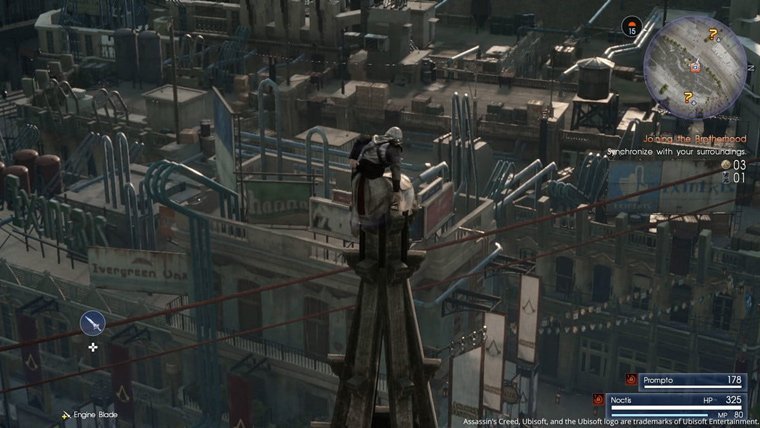 If Episode Prompto was a clear improvement over Episode Gladio, the Assassin’s Festival makes the same quality jump from the Moogle Chocobo Carnival. This time the new temporary event is much more interesting thanks to the inclusion of a brand new story mission (even if short) and gameplay changes that transform the regular way of playing, instead of being restricted to each minigame. Even small details like showing the number of medals obtained on screen all the time makes evident that the team has learned from the aspects of the Carnival that could have been improved.

Pushing the stealth missions from the main game a step forward, the Assassin’s Festival allows players to escalate walls, cross from one roof to another using pipes, and sneak out on enemies from the back, higher positions, and from hiding spots such as private houses, the trash, and even the iconic hay carts from the Assassin’s Creed series.

Despite being imported from another franchise, these gameplay additions actually feel very natural to perform, and it never becomes redundant thanks to the various strategies that the side characters suggest during the story event. Some of them are even a direct homage to the Ubisoft’s series, such as getting in a crowd of people in order to avoid being spotted by a guard.

Everything works more or less seamlessly up until the stakes of the adventure impose a time limit to your actions. Final Fantasy XV’s controls are very imprecise, and they don’t respond well when you need the character to jump an exact distance to avoid a certain defeat. And while that somewhat prevents the story event to finish on a high note, at least immediately after you can go back to plot your murders in the dark alleys of the city. 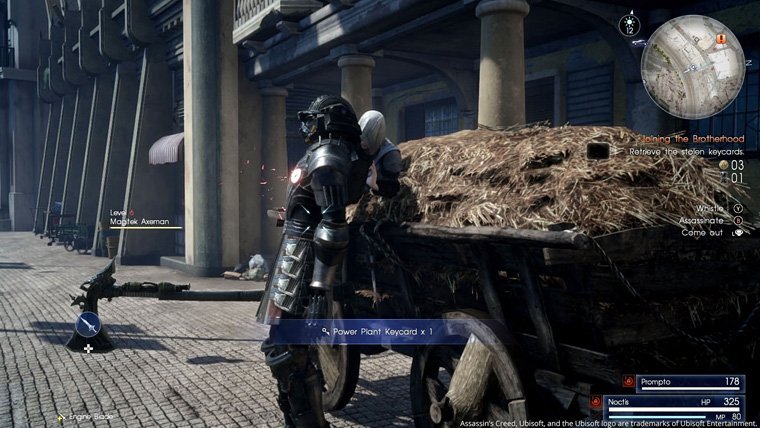 Beyond the main story event, the festival allows players to try out some new minigames and tweaked versions of others seen before, which greatly expands the life of this special event. The chocobo racing, shooting, fighting, and the new waitering minigames offer some isolated fun if what you are just looking for some quick matches. But on the other hand, the long treasure hunt and the stealth killing missions take advantage the most of the new gameplay features and the setting, taking the lead at keeping up the interest of the festival.

And just like in the Moogle Chocobo Carnival, there is also the genuine pleasure of walking around the city looking at all the unshamefully fan service decorations and activities from the NPCs. The Assassin’s Festival is quite literally an Assassin’s Creed fan convention, and the characters even acknowledge the existence of the videogame series in the world of Final Fantasy XV.

Perhaps that makes more believable the fact that the citizens of Lestallum are dressed in the different outfits from the franchise, from Altair’s uniform in the Middle Ages to costumes inspired by the industrial revolution from Assassin’s Creed: Syndicate, as well as others taken from Ezio’s Renaissance and the times of the pirates from ACIV: Black Flag. Access to the costumes from the upcoming Assassin’s Creed: Origins is reserved to our protagonists.

The many rewards that can be obtained throughout the event include new stickers for the Regalia, fishing accessories, and camera filters among others, with some special surprises reserved for those who beat the biggest challenges.

Overall, the Assassins Festival is not only a fun excuse keep playing Final Fantasy XV, it is also an interesting twist on the base gameplay that shows how much further the game can go in presenting an immersive experience. Come for the fan service, stay for the fun.