For Honor Beta First Impressions: Is it Worth Buying?

The latest news in the world of video games at Attack of the Fanboy
January 26th, 2017 by Joshua Evans 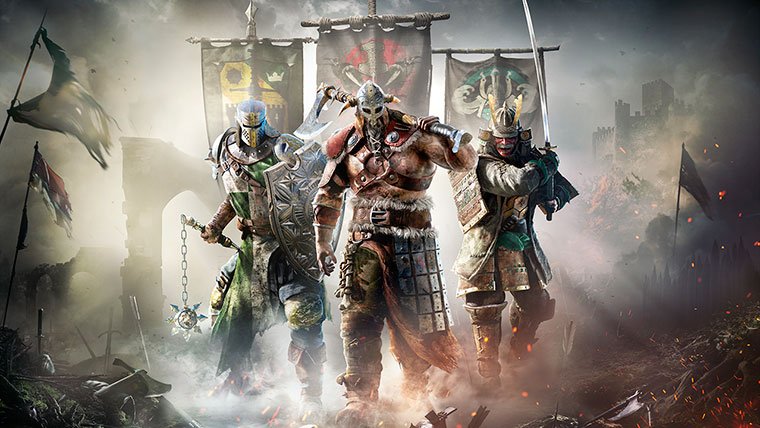 For Honor has one of the must frustrating learning curves in a multiplayer game. Even the bots will curb stomp you until you get into some sort of groove. But once you resist the urge to throw your fist through your screen long enough to figure it all out, then you will find a pretty fun game buried under all the raging. After a cutscene explains why all the factions are fighting each other so you have justification for the multiplayer, you are given a serviceable tutorial that gets you started. Before you can go online however, you have to fight a bot from the faction you have chose (even if you lose it still carries on as I found out much to my shame), and then you can jump into the action.

The Combat: For Honor uses a system similar to titles such as Chivalry and Mount & Blade, in which you can choose the direction of your strike. If an enemy is blocking in that direction, your attack will be deflected. Which puts a damper on your murder attempt. The combat is the part of the game you will spend the most time in, so they really had to get it right. And I must say for the most part they really have. It requires a good bit of practice, and spamming your way does not seem to work, at least in my experience. One on one duels are a fantastical affair and joining your comrades in the big battles feels equally amazing. It’s not perfect, more on that later, but when it works combat feels fun and fresh. I do recommend a controller, as while the keyboard works decently enough, it is clear the game was made with controller in mind.

Classes: Every class feels fun. There might not be a lot of personality to them, but they play beautifully. Throwing some one off a bridge as the Raider to the back stabbing nonsense of the Peacekeeper, there is a class for everyone. Unless you want a ranged class. This is a melee only party people. Classes even have a difficulty rating, with the easiest unlocked automatically. Completing the tutorial gives you enough coins to buy a bunch more characters, and the rest you will have to earn by playing online.

Maps: There is a great deal of them for the duel mode, and slightly less for the larger Dominion mode. Maps change based on which of the three factions have ownership over the area, which is affected by players of that faction doing well in the area. Dominion maps even have a fancy opening showing off your troops doing impressive things, generally dying in the process. Every area looks cool, whether you are dueling under the cherry blossoms or storming great medieval castles, everything just looks amazing and decently varied.

Performance: Graphics wise it still manages to look good and run well even on lower end PCs. On higher settings the game looks gorgeous, but sword fights with multiple players, especially in Dominion mode with all those grunts running around, will often tank the frame rate if you do not have a computer powered by nuclear fission. Other than that, it runs pretty great even in all the chaos going on in the background of the maps. Which is exciting, because Ubisoft has a track record with PC games and bad performance.

Bugs: As it is a beta, it is going to be a bit wonky. For instance; creating a party at least on PC, this was an exercise in patience. Sometimes a member would be kicked, or incapable of joining when the party was hosted by a certain person, necessitating everyone leaving and a new person becoming host. Other times the game would say a player was in when he wasn’t or vice versa. Hopefully it is just a problem with the beta and not permanent. Other bugs include the game kicking you for having too low an FPS regardless of your FPS at the time. Connection issues abound in general. Luckily all of these can be sorted before release.

When everything goes wrong: When combat works it is a beautiful symphony of steel and violence. When it does not work, it makes you want to eat your controller in a rage worthy of the Beserkers depicted in the game. Hit detection is occasionally wonky, sometimes you will see your weapon pass under their shoulder, yet blood will spray into the air losing them some health. And, much like Chivalry: Medieval Warfare which has a similar combat system, expect to get jumped by multiple people in the 4 verses 4 Dominion mode. Assassin’s Creed style jump attacks from high up places are an instant kill, which experience players will make use of a lot. Especially on ladders. If you think an enemy is near a ladder stay away from it. If you fall from a ladder it is lethal, regardless of height.

At the end of the day, the game is still fun and that is really what matters. The beta did not show off the single player, but if it is half as fun as the multiplayer then the game will definitely be worth a purchases. I am having fun with it, to the point where I wrote this preview between rounds and random crashing. So that is something.

Home / Original Articles / For Honor Beta First Impressions: Is it Worth Buying?