Gamers are Sharing Their Defining Games with #GameStruck4

Gamers share the games they feel have defined who they are. 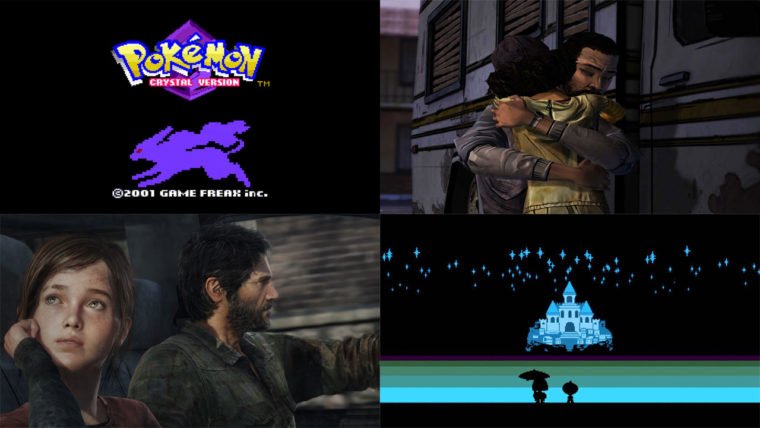 A new hashtag has surfaced lately, and it’s gotten gamers sharing the video games that they feel have defined them. As you could probably tell from the title of this article, the hashtag is #GameStruck4 and people have been using it on social media to share video games that are important to them.

The trend started with a movie streaming service called Film Struck starting the hashtag #FilmStruck4, asking people to call out the four movies that they felt have defined them. Obviously, there are some people who are more familiar with video games than movies, so Twitch streamer epicnamebro started the new hashtag, #GameStruck4, to get gamers sharing their defining video games, and it took off.

I don’t watch movies, so I can’t do the whole “what 4 films define you” thing. But I can do games!

Over the past couple of days, a ton of Twitter users have started sharing the games that define them with #GameStruck4. The parameters of “games that define you” are pretty vague, so many people have taken it different ways.

Some people listed four games they played as kids, which defined their tastes in video games for the rest of their lives.

A little bit of a different #GameStruck4 lineup than the ones i’ve seen, these are the games I grew up with pic.twitter.com/VRlxT4uh2O

These are probably the most influential games of my childhood #GameStruck4 pic.twitter.com/4e7tHrjzxv

Others chose the four games that made the biggest emotional or creative impacts on them.

Here are some of the videogames that influenced me the most 😊#GameStruck4 pic.twitter.com/DIFmpqy0xV

#Gamestruck4 OK, the games that had more impact on me and my artistic path pic.twitter.com/KZ3IaPYYrO

Some simply chose four of their favorite games.

#GameStruck4 theres no way i could only pick 4 but here are some of my favs pic.twitter.com/AHGUYEkOl7

I used to lie that I was sick just so I could stay home and game all day. If I had to pick just a few favorites.. #GameStruck4 ❤ pic.twitter.com/PDTaUBLeMs

And, of course, there are those who jokingly chose four bad games.

These games shaped me to who I am today, they stuck with me trough thick and thin, and saved me from an endless spiral of depression.#gamestruck4 pic.twitter.com/souiskPeDE

Regardless of how it’s interpreted, almost everyone is having a difficult time narrowing down their list of impactful games to just four.

#GameStruck4 It was Hard Narrowing it down to 4 but these are the ones I’m most Thankful I got to play. pic.twitter.com/rEAu9SiV2Q

This one was tough, but if I had to pick four games I loved! #GameStruck4 pic.twitter.com/mAzcunnAhQ

So that’s pretty much all there is to the hashtag. What are the four games that you think have defined who you are, either as a gamer or as a person (or both)? For anyone who’s interested, here are my #GameStruck4 games that have stuck with me for some reason or another, in chronological order.

This was my first Pokémon game and one of my first games in general. Pokémon is, to this day, one of my favorite game franchises of all time. I’ve played every main series game and loved them all and I’m sure I’ve sunk WAY more time into this franchise than any other, and it all started with this one.

I played games a lot as a kid, but as I got older I played less and less. It wasn’t until college that I started paying attention to the gaming world again, and that was due largely to this game. It was the first time that I found a game that made its story its first priority, and what a story it was. Most of my favorite games now are narrative-heavy games, and this game introduced me to that world.

I know this is kind of a controversial one, but what can I say? I love this game. It helped expand my love of narrative games even more by introducing me to even more concepts. In a time in my life where most of my favorite games are dark and gritty (save Pokémon), Undertale showed me that a more kid-friendly game with dumb, quirky humor can be just as impactful. Plus, as someone who loves meta humor, this game delivered on that front as well.

Like everyone else, I had a hard time coming up with just four games, so here are some honorable mentions that came extremely close to making it into my #GameStruck4, also in chronological order: