Gamers: What the hell is with this stereotype? 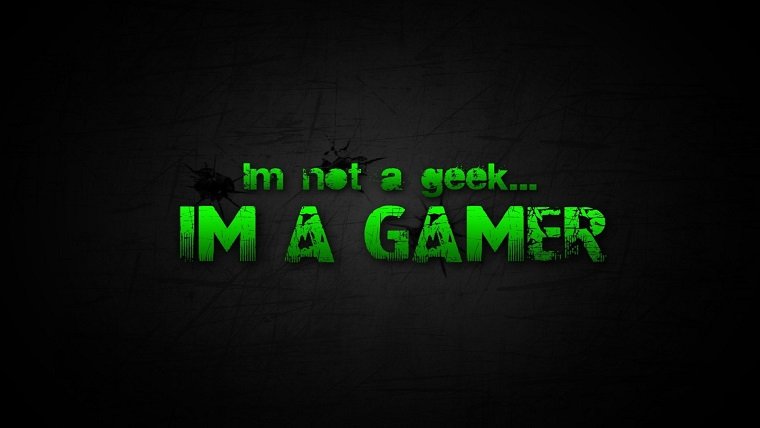 It would be a herculean task to diminish the spirits of gamers. We’re constantly fighting wars, exploring dark, draugr infested dungeons, shooting our friends in the face repeatedly for fun, and even sexing a genetically engineered biotic in space; we’re just a bunch of awesomely sadistic bastards if you ask me.

What can one really say about gaming? It’s truly escapism at its finest. Perhaps, being as I partake in these distractions to escape the banalities of my own life, I’ve been blind to the stereotypes that many gamers have been dressed with. I’m hardly nerdy by definition, and certainly not socially inept; but it’s a mindset that many observers are keen to adopt. There are many cliché-ridden roots spreading in every which way, from parental concerns and teenage psychotic outbreaks, to bureaucratic maniacs – everyone has a problem with something, it seems. The morally jaded community-college enthusiasts that share high-scores in emoticon riddled tweets aren’t making it much easier to demand respect, either.

We’re better now than we were in the 90’s, that’s for sure. No more are the days of pocket-protectors and granny-knit handkerchiefs for excess nasal leakage. We’ve rid ourselves of many stereotypes that have plagued our kind since the earliest days of our industry. Maybe these new-age social conventions are to thank for our new-found recognition; or maybe it’s the way we present ourselves to the public nowadays, all bathed and prim.

There are far too many factors to consider, but admitting to someone that you’re a gamer today just doesn’t hold the level of awkwardness it once did.

In the days far behind us, imagination played a large part in the grand scheme of gaming. For the younger crowd who were born to fully explorable environments and higher polygon counts, I’ll explain: imagination is something you forced yourself to believe in when your cute neighbors dad approached your front door in anger after a misunderstanding-turned-accidental-molestation incident occurred across the street at the public library. It was your comfort zone when the police appeared in front of your house a few minutes later. It’s where you hid when they handcuffed you and tossed you in the backseat like a common vagrant. It’s the place you found yourself visiting nightly when placed in a holding cell with a much larger and possibly gang-affiliated man over an entire weekend.

Imagination was simply necessary if you planned on becoming immersed in the experience. Developers today can craft marvelous open-worlds, making the leap from reality to happiness much simpler. There’s nothing like ignoring a laundry-list of chores by defeating dragons or mowing thousands of innocents with your badly-handled vehicle. It’s hard for me to find so much enjoyment in something and consider it taboo. I’m sure there was once a shred of truth to some of these ridiculously animated stereotypes, but it’s about time media liberated our hobby.

Is being a gamer really so bad? Maybe parents would prefer little Timmy smoke some face-melting chemicals in the garage with his special uncle instead. Maybe Sarah should get pregnant, because she obviously needs something to occupy all of her time at 12 years of age. Gaming is no longer a hobby; it’s a lifestyle. Maybe we’ll always have people generalize us; maybe we’ll never be free of these Hot-Pocket sauce covered, cool ranch Doritos dusted chains. But honestly, who gives a shit?

We may be nerds, violence addicted pot-heads or high-school dropouts with plans to murder our plotting classmates. We may not be very beautiful in appearance, or even bath as often as we should. Hell, we could be disgusting examples of human life in every shape or form. These words are meaningless, and while there are many who still cling to such nonsense, we’ve come quite far for an industry considered a mere fad not too long ago. Let’s just do what the video-games tell us and start killing people we dislike for no reason whatsoever.

Home / Original Articles / Gamers: What the hell is with this stereotype?