Going to Prison in Destiny 2: Forsaken

The Prison of Elders isn't so scary with Cayde-6 at your side. 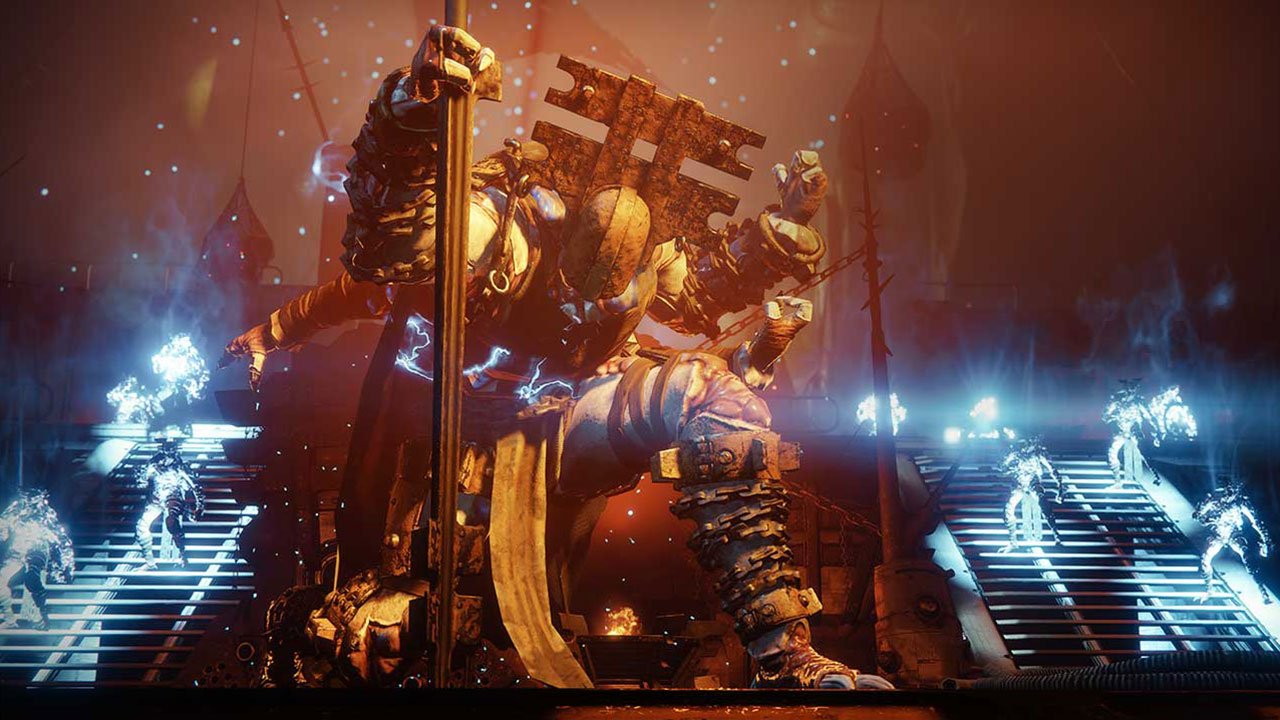 The Prison of Elders is perhaps one of the most important places in the Destiny universe that fans have never really gotten to see for themselves. The enigmatic penitentiary hasn’t been exactly been absent from the game; it had its own devoted game mode back in Destiny 1 after all. It’s just that it’s never felt like we were really getting to see what this most secure and dreaded of prisons was actually like. Few things ooze potential like a science-fantasy prison does, so it’s been kind of disappointing to see it go largely to waste thus far. It seems Bungie has a similar sentiment, because Destiny 2: Forsaken does rectifies the issue very quickly.

Playing through the new campaign’s Prison Break mission felt very similar to what’s come before except one three important points: the characters, the story, and the events transpiring. The Guardian and Cayde-6 are in the prison to help quell an ongoing riot caused by unknown means. While the guardian plows their way through hordes of Hive and Cabal, Cayde-6 is doing much of the same and having the time of his life while doing so. The wise-cracking hunter has always maintained an entertaining presence in Destiny, and he’s in top form today.

The mission seems simple enough at first, help Cayde take out the rioting aliens and clear a path to the super-max security sector of the prison for Petra. Players are kept moving almost the entire time, with the only exception being a room that needs to be cleared of hive structures gumming-up the machinery. Such a sudden and abrupt stop would be annoying, but Cayde’s busy doing his thing in the room’s control booth and making the inconvenience as entertaining as possible. Once Cayde “fixes” the controls its back to listening to the Hunter Vanguard’s color commentary and generally feeling like the unstoppable force that’s saved the Destiny universe several times over. Then the situation takes a turn.

What started a loud and action-packed romp through the solar system’s most secure facility transformed into a quiet and subdued mission of discovery. The prison’s lower levels are completely different from those above. There’s something off about it…something terribly wrong. Players of the Taken King’s opening mission will recognize this odd mix of calm and tell-tale signs of something sinister at play. It should be so familiar that what comes next shouldn’t be all that surprising. There’s no time to think about that though, something terrible has happened to Cayde! The action fades back in at this point, but it has a very different feel to it: that of a race against time.

This was the most fun I’ve had with a Destiny story mission since the beginning of the Taken King. The Prison of Elders has long been a fascinating location, so getting a chance to see some of its inner workings was something of a treat all by itself. However, it’s the way the story is delivered that really steals the show here. The characters don’t spend all their time talking at the guardian; there’s much more banter here than in missions past, and it couples with the music in a way that compliments the gameplay.

There’s a real sense of pacing here that just didn’t seem all that present in the past. Each segment of the mission is distinct from the others in terms of dialogue, gameplay pacing, music, and tone. Cutscenes aren’t just thrown in, but are used in such a way that they enhance these distinctions rather than simply interrupting the flow of play. It all comes together to offer fans something that, while not entirely unknown in the Destiny games, feels distinctly different from what’s come before. Whether or not the rest of the story plays out this way is anyone’s guess, but this mission at least makes for a great start.

Destiny 2: Forsaken launches on September 4 for PC, PlayStation 4, and Xbox One.