The latest news in the world of video games at Attack of the Fanboy
February 4th, 2017 by Dean James 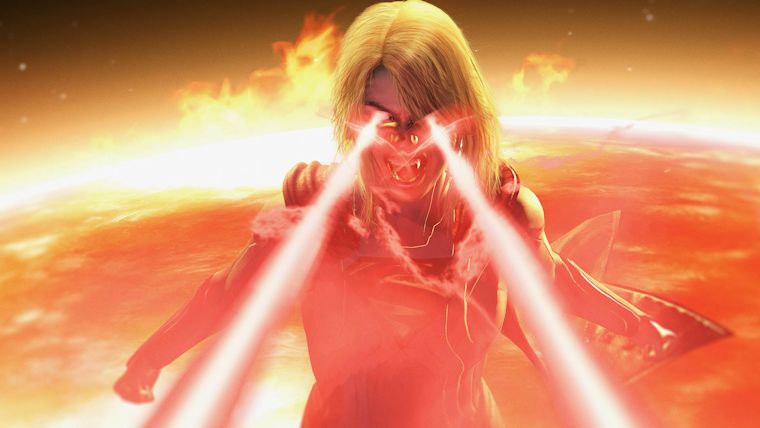 Injustice 2 is the much awaited follow-up to 2013’s Injustice: Gods Among Us and is only a few months away from release now. Ahead of that release, NetherRealm is holding a closed beta for the game focused on the game’s online that they are gradually adding more content to for players. We have finally gotten a chance to go hands-on with the closed beta and thought we would give you our impressions on our time with NetherRealm’s latest DC fighter so far.

For now, the Injustice 2 beta is very limited, with there only being one game mode you can choose from. That is basic online matchmaking, which is strictly limited to unranked player matches against other players, but not with friends online. It is disappointing to not be able to try out the game with friends right now, but I guess they want to save that for the full game. The only issue here with it being limited to player match is that may take awhile to find a game to play.

The available characters that you can use in the beta right now are Superman, Batman, Supergirl, Atrocitus, and the just added this week Blue Beetle. This is a solid lineup of characters so far though, giving you enough variety between the five. There are also two stages available between Metropolis and Gotham City, with each having multiple parts. this does a good job at not giving away too much of the game in just the beta.

On top of the characters themselves, you can also earn gear to equip on the characters, but you won’t exclusively earn equipment just for the character you’re playing with. This plays a huge role in Injustice 2, so it’s nice to get a glimpse of it in the beta, though obviously this is a very limited version of it for now. Each character has five loadouts that you can setup, which include gear for the head, torso, arms, legs, and emblem, along with two abilities and a shader. The gear can affect four different stats, strength, ability, defense, and health, as well as augment other characteristics like increased environmental damage or damage by specific attacks. The shader switches up the costumes you will be wearing, though the ones it comes with are very hard to distinguish between.

Each of the characters have a level as well that you can increase by playing more with that specific character, along with an level that spans all playable characters. This profile level is similar to the one that we had in Injustice: Gods Among Us, though obviously there isn’t much to do with it here at this point.

It is definitely a good thing that NetherRealm is holding this online centric beta for Injustice 2, as the first game struggled with its online netcode quite a bit. Mortal Kombat X seemed to improve on its predecessor in this department, so we are certainly hoping that Injustice 2 does the same. In our time with the beta so far though the online has felt very smooth with little real slowdown or disconnections to speak of. As said above, it may take you awhile to find a match, but that is likely just because of how few beta codes are being sent out right now.

The Injustice 2 beta is very simplistic right now, but you can definitely see the potential of the full game. The original was a great fighter and it looks like this one is going to build on that and take it to new levels. The overall fighting system remains mostly the same, which is a good thing, and the gear should really help to elevate the system. A big question however is going to be how balanced the gear system feels between all the characters once the full character lineup is in play with the full release, but for now it seems to work very well. Definitely keep checking back as we’ll be having further coverage leading up the game’s release in May, especially if the beta adds enough worthy content in that time.