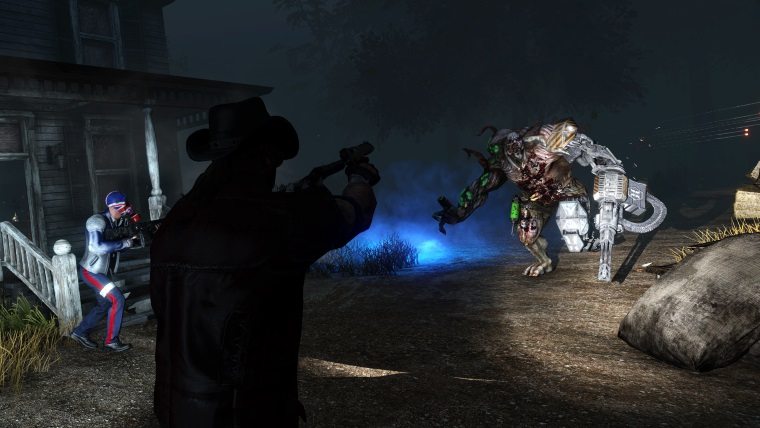 Killing Floor was well known for its constant updates and content pack releases. Its sequel looks to be no different, as it makes its way through the Steam Early Access system. Currently still in an Alpha state, developer Tripwire Interactive is already prepping new content for the game, which both adds in new elements and brings back old ones. The latest, Killing Floor 2: Return of the Patriarch does just that with a bunch of new stuff, but also the return of a classic villain.

Killing Floor 2: Return of the Patriarch features: two new maps, a new perk, a new/returning boss, a new character, new weapons, bug fixes, and the Zed-conomy update that will introduce a community marketplace. We got to go hands-on with a few of these new elements, which seem to enhance what Killing Floor 2 does best, while offering some great new content to dive into.

The main piece of the DLC expansion are the new maps and the new perk. The two maps offer very different takes on the Killing Floor 2 formula. Black Forest is an open, wooded environment that will play well for those that always want to be on the move. Sight lines, funnels, and different paths are available throughout the map, which is sectioned off by various mountains and hills. Littered around the landscape are remnants of a ship crash that plays into the interesting mythos behind the series.

Farmhouse on the other hand is more of a classic experience. Featuring a main house with multiple floors, an outside area, and a barn, this map is more for the campers of the community. Finding the perfect spot to hole up, welding the doors shut, and preparing for the onslaught of enemies will be the name of the game here. A few spots offer great gameplay opportunities, while the unending waves of enemies keep players busy and on their toes.

The new perk, appropriately titled Gunslinger, is a great new way to play Killing Floor 2. Featuring a western-style experience, players will get to select from various six-shooters (though some may fire more or less bullets, you get the idea). These weapons take a while to reload, and have very low ammo capacity, but the damage they do is pretty unreal. If you can pull off headshots with the best of them, then this can easily take out the more powerful enemies of a wave without breaking a sweat.

During my time with Killing Floor 2: Return of the Patriarch I unfortunately didn’t get to check out the titular bad guy. However, you can check out some gameplay video of a battle with him below, which also takes place on the new Farmhouse map and uses the new Gunslinger perk/weapons. Tripwire promises that he’ll have all of his old tricks back, with a few new ones to mix up the gameplay. It’ll also be great to have a random boss pop up at the end of games now, so you aren’t 100% sure how it will all play out.

Overall Killing Floor 2: Return of the Patriarch gives players more stuff to enjoy in the game that has already improved on its formula multiple times. Get ready to take on the Patriarch when it hits Steam soon.