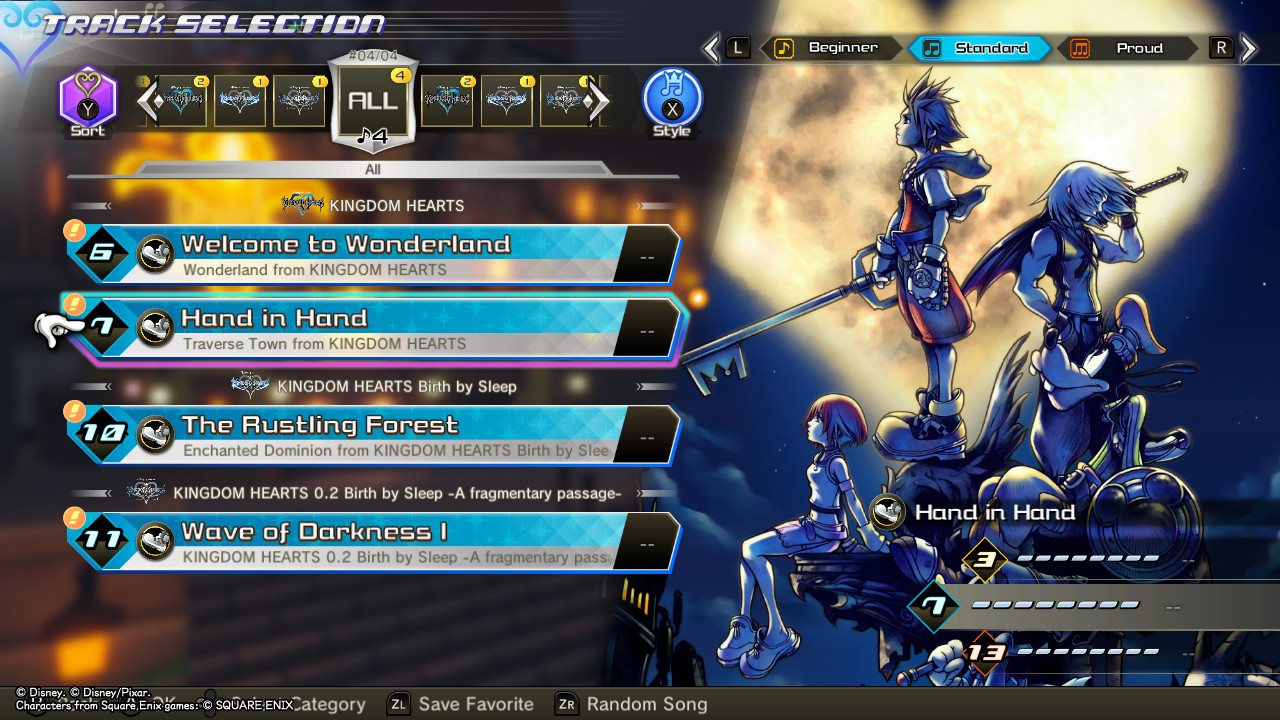 The Kingdom Hearts series has had its fair share of “spin-offs” over the years, but the idea of a spin-off in this series is quite different from other franchises. With Kingdom Hearts, each of these games ties into the overarching story in some fashion, which is why a lot of people have felt lost only playing the numbered console entries in the past. This not only extends to normal RPG style spin-offs, but also the soon to come Kingdom Hearts: Melody of Memory rhythm game. While still a few weeks away from release, Square Enix has released a demo for the game and we wanted to share out thoughts on the game thus far.

Kingdom Hearts: Melody of Memory takes great inspiration from Final Fantasy Theatrhythm on the 3DS, as it’s a rhythm game involving the music from the series. On top of that, it’s supposed to feature a story related to Kairi after the events of Kingdom Hearts 3. However, this demo only focused on the gameplay itself and didn’t feature anything story wise for us to dive into.

For this demo, we are offered four different songs to play, including two from the first game, one from Birth by Sleep, and one from 0.2 A Fragmentary Passage. The two songs from Kingdom Hearts are “Welcome to Wonderland” and “Hand in Hand”, while Birth by Sleep’s song is “The Rustling Forest” and 0.2’s song is “Wave of Darkness I.” In addition, there is a short tutorial song from the series as well when you are first taught the controls. These songs gave a good indication of how the music tracks are set in the game and what to expect from them from other songs.

The gameplay itself is rather interesting, as it’s essentially time based button presses. You play as Sora, Donald, and Goofy as they move down the track for the stage, with your goal being to stay alive. You can do a basic attack with A, L, and R on Nintendo Switch, which I thought was kind of a weird assortment of buttons. On top of that, you can press any of the three to attack as any of the three characters when they have an enemy in front of them. However, you will have to press multiple if there are enemies in front of each. I almost felt like it would have been better if each button was mapped to a specific character, but that’s something I’m sure that will just take some getting used to in the full game. There were also a few times I felt like the timing was a bit off on a few of the button presses, but that likely was just me messing it up rather than the game.

While we couldn’t see much in the demo, the menu structure for the game seems pretty solid. It has the songs split between the individual games themselves, with you able to break down into only showing one game at a time if you want in the menu. This isn’t that big of a deal in the demo with only four songs, but it will be very helpful in the full game.

There overall wasn’t really a lot to do in this demo other than playing the four songs again and again with the three difficulties available. This is already a game I knew I’d be interested in since I was a big fan of Final Fantasy Theathrhythm, but this demo is definitely great as a way for others to see if they would be interesting in getting the full game as it lets you experience the gameplay first hand on a few different songs. Do know that the demo won’t keep your scores that you earn if you exit out of it, so you can’t expect to best your scores again and again in this demo.

The demo for Kingdom Hearts: Melody of Memory is free to download for anyone on PS4, Xbox One, or Nintendo Switch, so make sure to go download it now to try it out for yourself. Also make sure to look out for the full release when it comes out on November 13 for the same three platforms.