The latest news in the world of video games at Attack of the Fanboy
February 4th, 2017 by Maxwell Majernik 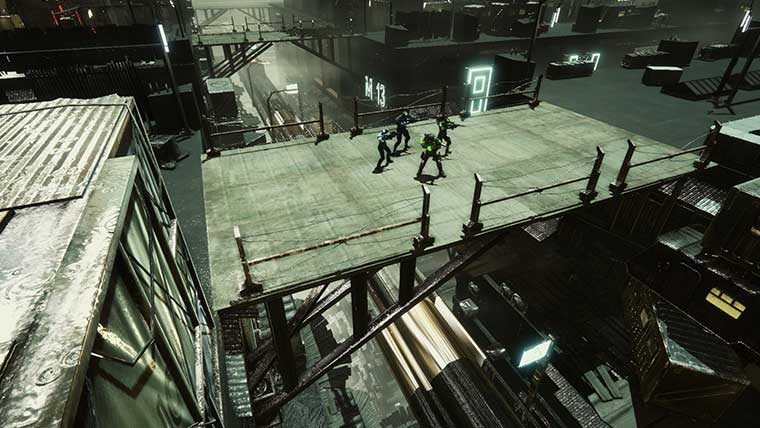 Tinymob Games has entered the world of early access and with it comes the 4 man squad shooter M.E.R.C. This game is trying to do something different than other squad shooters.  M.E.R.C is real time and has ditched the turn based gameplay of other games in the genre. Instead, the player controls the entire team at the same time or you can split the 4 man group into Alpha and Bravo teams to spread out the action.

Before making the decision to make the purchase, know this is a very early alpha stage as of my article. There is a distinct lack of content and Tinymob is looking for a ton of player feedback to get their new real time combat system feeling right. That’s not to say joining this early is a bad thing, especially for gamers who want to see a game come together. In only a few short weeks since the game went live on steam, Tinymob has already released a patch with user requests (The objective arrow is a livesaver!) and has a road map for the next few months lined up. An active developer who listens to player feedback and has a strong path for the game is exactly what you want as a gamer who buys into an early access game. 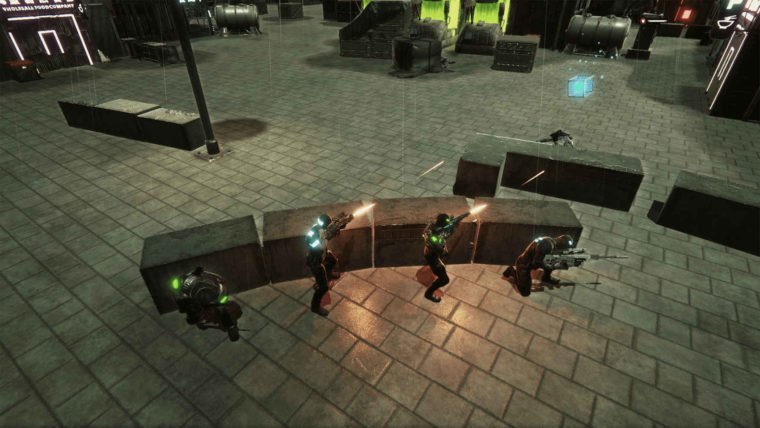 With an Alpha, the team is trying to build out from the game’s core of combat and the game play loop. The firefighting is interesting, but not what I originally expected. Since the fights are real time, the tactical aspect falls into the background and it becomes more of an action game. With how the game approaches encounters is what causes the more twitchy style of play. You are either rushing into a group of enemies, or they are rushing to you. When you are in a more defensive position, there is a bit more strategy because you can try different positioning and more of the special abilities can be used. Most of the game will have you being offensive, which consists of hitting specials to break up a group and then finding cover to clear rooms. And clear rooms you will, because the way the maps are laid out makes this a common part of the game. For a strategy game, I am expecting smaller, more intimate maps that almost play out like a chessboard with both sides meeting in the middle. The path flow of the larger maps the developer is going for doesn’t make it conducive to a slower tactical style. That isn’t to say it is a negative, I was only surprised to be leaning into my Diablo skill set and not my Xcom skill set while playing M.E.R.C.

The metagame does its job well in creating a very satisfying game play loop. Complete mission, get money, buy more mercs, guns, armors, and rinse and repeat. The finite lifespan of missions before they leave your command control makes you want to squeeze as much in as you can each day before advancing. The game encourages the player to move forward with tough, but fair, health meters the need to be restored after difficult missions. In a move that I appreciate that may turn off more hardcore games of the genre, there is not permadeath but instead a very long rehab process for your soldiers. 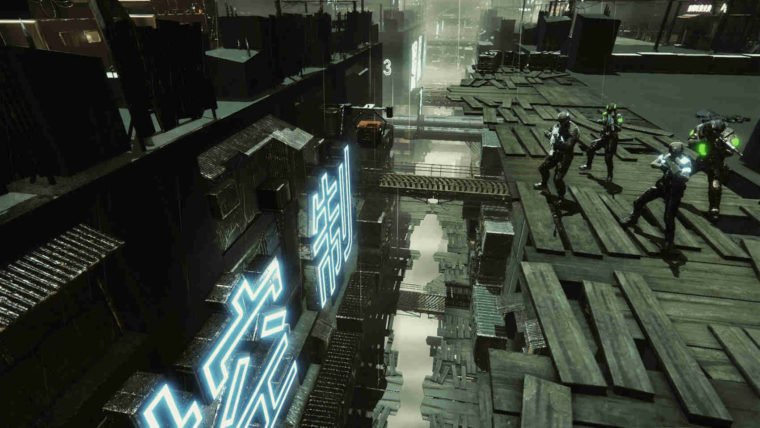 Their approach to the squads is what they are hoping will separate M.E.R.C. from the rest of the pack. You can either control the 4 man team, where they all follow the same command, or you break them up into Alpha and Bravo teams have them perform different tasks. It is a cool idea, but one that definitely needs some TLC. The Sniper and Heavy classes are extremely neutered unless you double up the classes into one of the strike teams. A Sniper is a lone wolf for a reason. They need to stay out of the way and provide extra support from the corners of the fight. Harnessing them to an engineer or an assault put the Sniper in an unwanted position or the sniper is in the right spot but then the other specialist is out of range. Another frustration is the team’s pecking order can get out of whack after running through a map and gives you rough moments like your sniper being the first solider to enter a hostile room. Since everything is done in 2’s with your squad, you can never get it quite right with the setup mid game. As much as I wanted to try the team split feature, I never really saw many opportune times. I mainly used it to hit different enemies at the same time, but hopefully in the future they give more incentive to break up your team for a higher level of play. The cover system is interesting when using 4 people in place of one command. With the randomly generated maps, you can run into spots where there is cover for 2 or 3 people. Naturally you go for the cover, but it sets up a situation where you have a soldier standing out in the open like a lame duck. Without having a way to really tinker your lineup, you have no idea who is going to take the brunt of the damage.

I’m not sure what the slow motion is really for. The only actions a player can perform during the slowdown is special abilities (everything else, like movement, goes as slow as the motion). Aside from ensuring your special abilities are going to queue up and hit where you want, there isn’t much else. I would love to see movement and action queuing be put into the slow motion to better incorporate the team split. Even simple logic trees that can be given to your other squad after they hit cover can bring back the strategy of the game and make you feel more in control of the skirmishes.

I wasn’t able to try it, but there is a co op mode present in the game. In the co op, you can take two of your soldiers and be the Alpha/Bravo squad with another player. It looks fun and might be the right way to play the game as they begin to iron out the wrinkles. I’m not sure if I wasn’t a high enough rank or far enough in the story, but online missions never populated for me to join.

I think M.E.R.C. is doing a lot of interesting things. Some of it is clearly still in the alpha phase, but the right building blocks are being placed. While many of the steam reviews are throwing around Xcom and FF tactics as comparisons, be careful because that isn’t entirely true. The randomization, mission structure, and soldier recruitment may hold similarities, but the core game play is much different with its fast and fluid real time action.