Maquette is an Emotional and Challenging Puzzle Within a Puzzle 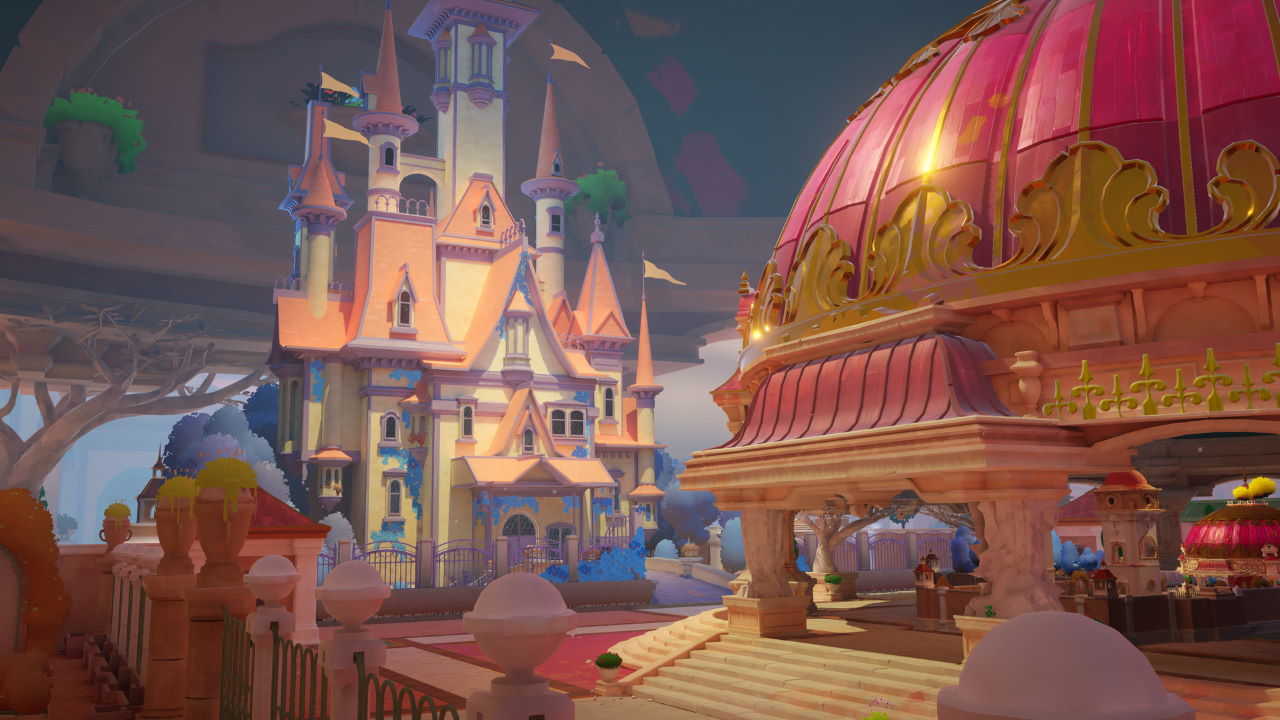 Just before thousands of gamers descended upon Boston for PAX East 2020 game publisher Annapurna announced the upcoming release of Maquette. What was this beautiful looking game set within a multi-layered world like? Thankfully I got to find out for myself, diving into the “recursive puzzle” title on the show floor. As a huge fan of puzzlers like this, such as The Witness and Gone Home, I wondered what they had in store for me. I wasn’t fully prepared, and likely neither were the others who tried out this emotional and challenging puzzle game from developer Graceful Decay.

A Puzzle Within a Puzzle

The basic idea you need to understand before you truly ‘get’ Maquette is that you aren’t in one world. You’re actually residing within three of varying sizes. Before realizing this, Maquette seems simple enough, many might even call it a “walking simulator” before the puzzles kick in. You wander around a mysterious almost toy-like world as fantastic music (locally sourced from San Francisco) plays and you hear the story of two lovers who may or may not end up living happily ever after.

And then everything changes. You find the large titular model of the surrounding area and begin to understand the mechanics of this world. Nothing is as it seems in Maquette, with objects residing both in the world you inhabit and the large model at the center of the map. Many things in the model can be moved which impacts the larger versions of the same object within the world you’re trying to explore. And then you realize that this mechanic works the other way as well, and can even be used to grow or shrink items and everything becomes a mind bending puzzle just waiting to be explored.

Let’s use a key as an example. In Maquette you can run across a locked door with a large keyhole in it. Later you find a key on a pedastal, but it won’t fit, it’s too small. So what can you do? Run to the central model and place the key inside, and now, in your own world, the key will appear and will be much larger, having scaled to the model’s dimensions. And now you may wonder what would happen if you take that larger key and place it in the model, well that gets really interesting.

Every time you solve a puzzle, it’s no longer a puzzle and instead it’s just a tool

It’s tough to describe, so be sure to check out the trailer below which shows off some of this amazing tech. Maquette was a hit for me at PAX East 2020 and seems poised to be another fantastic release from Annapurna. As a fan of puzzle games and “walking simulators” already, it’s great to see such a well done merging of the two genres, offering heart and emotion while still delivering on complex, brain bending puzzle gameplay.

The craziest thing though was hearing that the puzzles in the demo, some of which were already pretty tough to get my head around, would be the simplest in the game. “Every time you solve a puzzle, it’s no longer a puzzle and instead it’s just a tool,” explained Maquette lead designer and Graceful Decay founder Hanford Lemoore. “Every puzzle builds on the previous puzzle and gets more and more complex. These are difficult, but they’re actually the most simple actions you can do in Maquette. We have stuff in other chapters that are way more interesting.”

Maquette will be coming to PC with a release date and other platforms potentially being announced later.