Mass Effect: Andromeda Could have Learned a lot from Zelda: Breath of the Wild 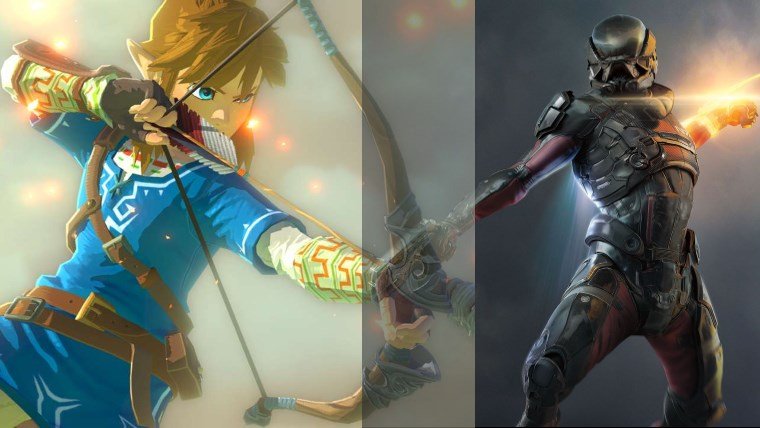 Mass Effect: Andromeda is a good game. I say that as someone who wrote over 2000 words about everything that the game did wrong in our review. It has problems, and some of them are deep and very troubling, especially for a series that is held in such high regard. Still, it does many things very well. One thing that did linger in my head as I played the open world space exploration parts of the game was that it came out just a couple of weeks too late. While Mass Effect: Andromeda waited, Zelda: Breath of the Wild and Horizon: Zero Dawn swooped in and changed the genre.

It’s silly to expect Andromeda to have kept up with the innovations of these games, they came out literally weeks before it arrived, and it took years of dedicated development time to get Mass Effect: Andromeda onto store shelves. That’s not my point, I’m not saying it is outdated or antiquated…but it does sort of feel that way sometimes as you play it, especially if you just came off of Zelda, as I had.

Horizon: Zero Dawn also introduced a lot of innovations to the genre, though due to the time it takes to complete these sorts of games, I haven’t played it enough to comment fully. Instead I’d like to focus on the things that Breath of the Wild did right, and where they make Mass Effect: Andromeda feel wrong.

There had been some inklings in my many hours with Andromeda that it had lagged behind the innovations made by its contemporaries. Little things popped up, such as a lack of interesting surprises, or an overall lack of freedom that I had felt in Breath of the Wild. One moment solidified these feelings though.

While exploring one of Mass Effect: Andromeda’s large, open-world environments I saw that my objective was on the other side of a mountain. I could go around, but I’m a gamer, so you know that’s not what I tried to do. Instead I wanted to go up and over, which would also drive me past a very large tower-like building.

Driving the Nomad, utilizing its limited boost power to move up the steep hills, I was nestled in a sort of valley that seemed like it would lead me up and to my goal. Partway up though the game stopped me. The screen faded to black, I was told that I could not enter this area, and my car was turned around and faced away from where I was trying to go earlier.

This sort of restriction isn’t too surprising, it’s been a part of “open-world” games for some time. But coming off of The Legend of Zelda: Breath of the Wild, which practically never told me “no”, it felt disorienting. I later discovered that this area was vastly more important that I thought, revisiting it later as part of a major mission. I was then upset that I hadn’t been offered the opportunity that I felt Zelda had given me; the opportunity to discover something new and deal with it however I wanted.

This feeling was then hammered home the more I explored the planets of Mass Effect: Andromeda. Littered across the land were buildings, enemy camps, and other various chances for discovery, surprises, and fun. Stopping the Nomad, taking on these enemies, and discovering nothing of note was an all too frequent occurrence throughout the game. And sure, Breath of the Wild didn’t always give you a new Shrine as a reward for taking out some Bokoblins, but it usually gave you something interesting.

Whether it’s a chest to open, a new weapon, or just a fun combat scenario, Breath of the Wild kept me interested in its world, with surprises hidden around every corner. Mass Effect: Andromeda has some amazing worlds, but after a while I began looking at them as a means to the end that is the mission objective, rather than the end unto themselves that Breath of the Wild’s Hyrule felt like.

Again, this isn’t a direct criticism of Mass Effect: Andromeda. The game delivered what it aimed to, and it fit within the confines of the genre, as it was understood during development. But perhaps people would have received the game a bit better had it released in late 2016, before the entire genre was tossed on its head and shown how true open-world exploration can be done. Hopefully the inevitable sequel that we’ll be getting from this series will learn those lessons.

Home / Original Articles / Mass Effect: Andromeda Could have Learned a lot from Zelda: Breath of the Wild