Metal Gear Solid V – A Snake in the Grass?

The latest news in the world of video games at Attack of the Fanboy
May 25th, 2014 by Matt Kelly 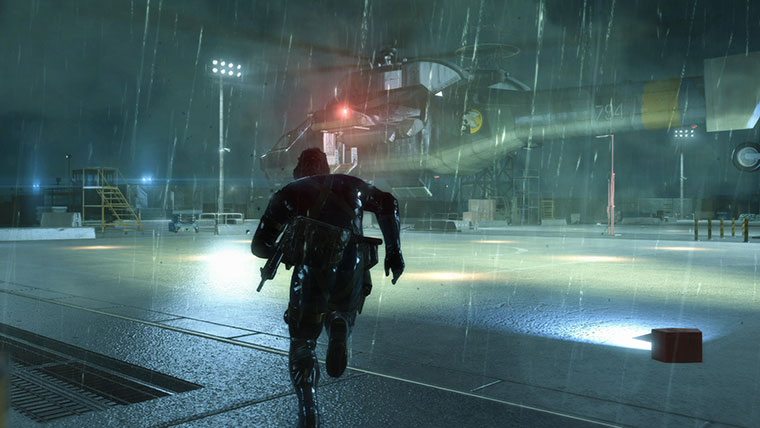 It’s that time of year again, and with E3 fast approaching, the gaming community is rife with excitement and speculation. It’s a great opportunity to throw out some more theories concerning Metal Gear Solid V: The Phantom Pain, the next instalment in Hideo Kojima’s enormously popular stealth franchise.

Metal Gear Solid is a series made famous not only by it’s characteristic one-man ‘Sneaking Missions’ and tense gameplay, but also it’s capacity to divide gamers’ opinions over it’s lengthy cutscenes and heavy exposition. The tactical espionage may be action-packed, but wade into the convoluted canon unprepared and Kojima’s metaphysical musings will accelerate your brain into soup faster than a projectile from a rail gun.

It’s the perfect time to take stock of the situation. Metal Gear Solid V is a game divided into two parts, and with The Phantom Pain’s precursor Ground Zeroes now over and done with, fans have a little more ammo beneath their bandanna with which to scrutinize Kojima Productions’ next chapter.

Despite serving as a tantalizing taster of the new Fox Engine’s capabilities, Ground Zeroes has received some negative feedback in regards to it’s relatively small contribution to the Metal Gear mythos. However past experience has taught us that Kojima is not to be underestimated as a story-teller; his tendency to employ fourth wall-breaking tactics when engaging his audience is the stuff of legend. Who can forget Psycho Mantis’ telekinetic manipulation of the Dual Shock controller, or the disturbing degradation of Roy Campbell inside Arsenal Gear? In the words of Solid Snake; to assume that Ground Zeroes is as forthright and minimalistic as it initially seems would be a rookie mistake.

Beginning in the 1970s and continuing into the ’80s, Metal Gear Solid V covers the pivotal changes in Big Boss’ ideology and his transition from Naked Snake into Punished Snake. This is a crucial period in the Metal Gear timeline, and should serve to bridge the chronological gap between previous games. We may be infiltrating prequel territory once again, but the stage is set for the darkest chapter yet.

After spending a great deal of time reviewing past footage and working towards Ground Zeroes’ elusive 100% completion, I’ve been considering the new direction the series is taking. The Fox Engine is robust and versatile, granting the player greater expression over larger, open environments. It also allows for more nuanced motion-capture performances than ever before, even prompting Kojima to recast his iconic lead character. Could he be exploiting these developments to carry out the most dramatic plot twists yet? I’ve even found myself questioning one of the most fundamental truths of the entire series; are Naked Snake and Punished Snake even the same serpent? 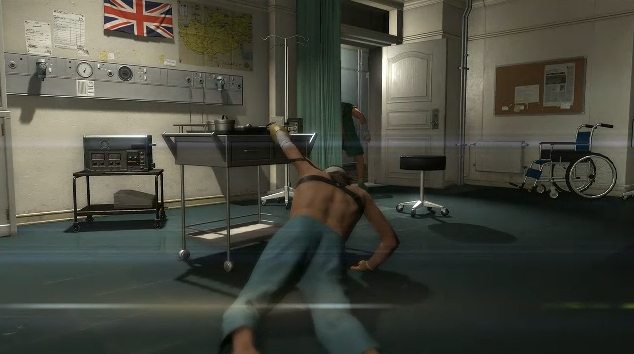 It may seem far-fetched to have any reservations about Snake’s true identity, but it’s become a topic of much debate over the internet. Many suggest that the Union Jack seen in the hospital room is representative of British agent Zero, and debate whether Snake could remain comatose and undisturbed in a facility controlled by his adversary. Others point to the presence of Revolver Ocelot, who would’ve been associated with Zero and the Patriots at this point.

There are reasons to doubt Snake’s credibility, and it wouldn’t be the first time Kojima has switched the protagonist from under our noses. Thankfully lightning doesn’t strike twice, but even without the threat of Raiden making a second appearance there remains a wealth of duplicitous characters capable of slithering straight into Snake’s military boots. 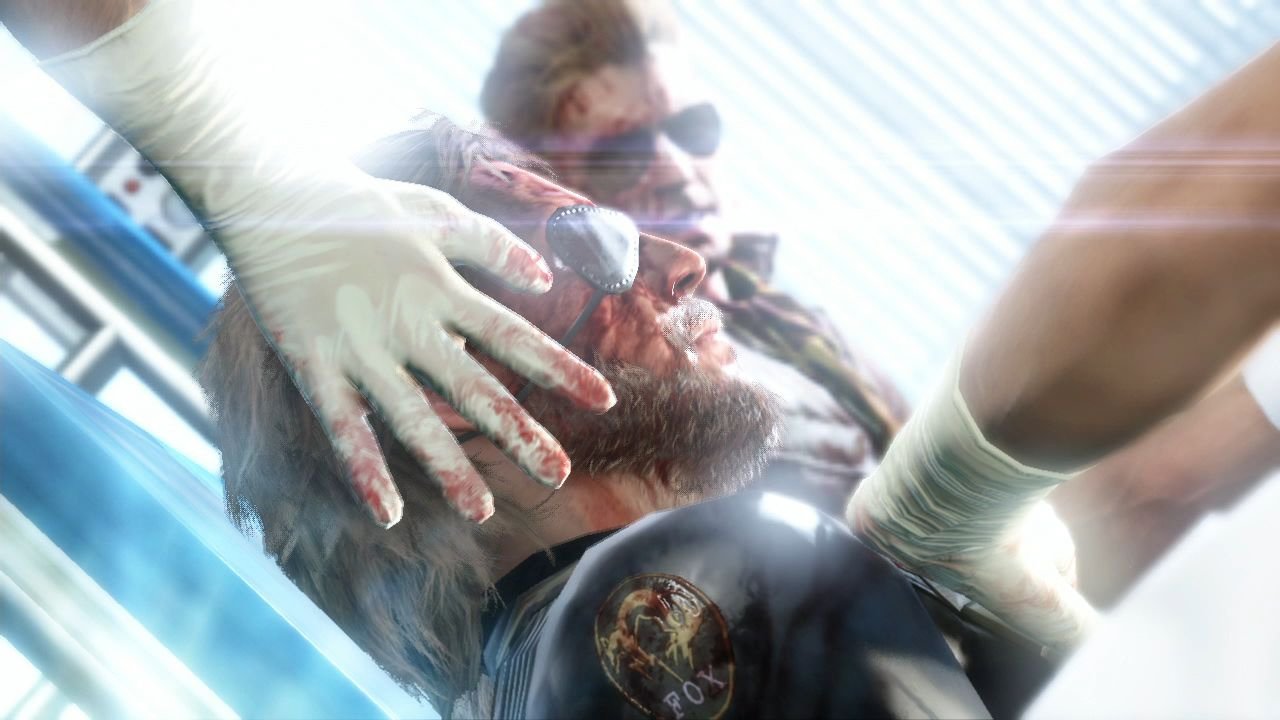 It wouldn’t be the first time Kojima has switched the protagonist from under our noses.

As the most genetically accurate of Big Boss’ clones Solidus would make an obvious choice, easily able to imitate his progenitor in every respect. Unfortunately for this theory the events of The Phantom Pain occur around 1984, and as the youngest of the Les Enfants Terribles clones Solidus would be 12 years old at most. Although Solidus’ accelerated ageing could account for the older appearance, he still would’ve been preoccupied with his CIA work in Liberia at this point in time.

Another strong candidate is Decoy Octopus, known as the FOXHOUND unit’s master of disguise. But what about before his involvement on Shadow Moses island? We know he was born in Mexico and that he met his eventual fate in the original Metal Gear Solid, but beyond that the character remains a mystery. Adding credence to the claim is the footage of Snake being assisted by Revolver Ocelot, a known ally of Decoy Octopus during the Shadow Moses incident. One to watch.

Frank Jaeger was a child soldier liberated by Big Boss in 1966, and the two have a long and diverse history together. He was later subjected to experimentation and opposed his rescuer in 1970. Throughout the late 70’s and 80’s Jaeger took part in both the Rhodesian and Mozambican civil wars. Captured and tortured, he was again rescued by Big Boss who brought him to America. Although Frank Jaeger’s name has been thrown around a lot online, the timing of his exploits makes it almost impossible for him to have mimicked his benefactor.

Ishmael is a character we know very little about. He has been introduced in the Phantom Pain’s more recent trailers as a fellow patient alongside Snake, and claims to have “Watched over (him) as he slept.” This could be taken literally, as this man with a mysteriously bandaged face and voice identical to Snake may simply mean he has guarded his comatose companion. Another interpretation handles what evidence we have very differently, but it is a theory I personally subscribe to:

In other footage of the hospital scene Snake’s ally Kaz seemingly refers to a third unseen patient, supposedly Ishmael. If Zero does indeed have influence here it may be that he has seized the opportunity to use Snake’s DNA in his Genome Army project, to engineer the perfect soldier with Ishmael as the test subject. The premise adds up chronologically, and being exposed to such genetic experimentation could easily resolve other details as well. We watch Ishmael give Snake an ineffective injection before being gunned down only to reappear moments later, unharmed. His traumatized, assimilated mind could be rationalizing the presence of dual identities by projecting Ishmael’s own persona as an intangible apparition. After assimilating Snake’s memories, experiences and physiology, he would theoretically envision both personalities as he now expects to look; like Snake.

We the audience would be expecting to see Snake too, and so Kojima could once again pull the wool over our eyes whilst simultaneously be drawing us into the experience like no other developer tries to. It would be characteristic of his eccentric style to do something so unexpected and needlessly complex, even with material so sensitive it could threaten to undermine the entire fiction that succeeds it.

And what if Ground Zeroes seemed to break the series formula because the majority of it never actually happened? What if all those apparently non-canonical side-missions were merely the delusions of a mind being hijacked by new thought processes? VR Training if you will, decades before the emergence of VR?

E3 may provide us with answers or it may confound us with more questions. Either way The Phantom Pain isn’t expected until 2015, so there’s many months left to contemplate it’s complexities. I suggest spending that time revisiting past titles in the Metal Gear saga; there’s a lot of fiction to get familiar with and plenty of lines to read between.