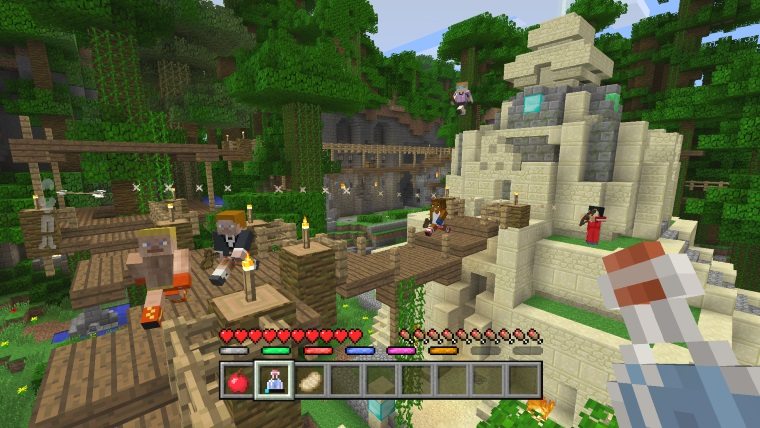 Today Microsoft and 4J Studios unveiled the Minecraft: Battle multiplayer battle arena mini game mode that will arrive on consoles this June. The update will arrive for free to all console versions of the wildly popular game. We took an early look and have provided my impressions right here in both written and video form.

However, after spending an hour with Minecraft: Battle I came away with a whole lot of footage of really fun multiplayer matches. So, I went ahead and uploaded them all, nearly uncut to YouTube so that you can check it out. If you really want to know more about how the game works, and how much fun I had with it then click the link above.

If you just want to watch some Minecraft: Battle matches and get an idea of how the game works for yourself then this will work much better for you though. The video below runs for over 40 minutes and has most of the matches that I played during my time with the game. We were all actually having so much fun that we went over our time limit by quite a bit before people started dropping off.

This was all recorded in 1080p and 60FPS on Minecraft: Xbox One Edition. I did go in and cut out most of the inter-game lobby sections. Though these were fun, exploring the 4J produced map, looking for secrets, they are probably pretty tedious and boring to watch, so I cut the majority of them out.