Mortal Kombat X Predator DLC Impressions – Is He Worth It? 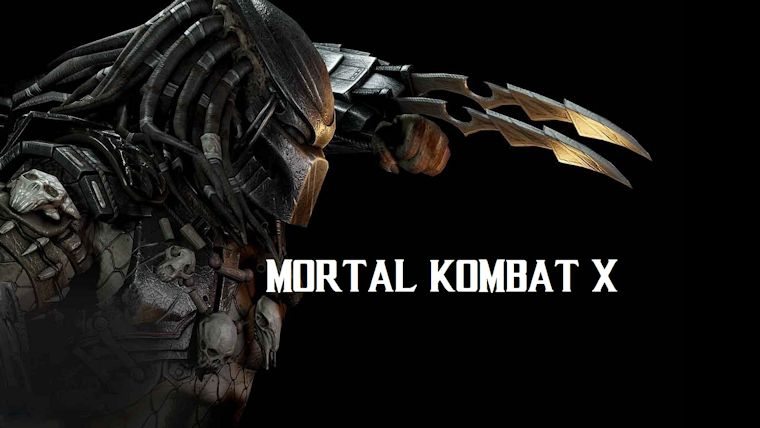 Today marks the three month anniversary since the launch of Mortal Kombat X and the game is one of the best in recent memory at bringing you back again and again. Following horror movie icon Jason Voorhees and Kombat veteran Tanya, last week brought the much awaited Predator to Kombat Pass owners.

The character of Predator first debuted in the 1987 action classic by the same name. Predator was the antagonist to Arnold Schwarzenegger in the movie, with the species popping back up in sequels and crossover films. Predator showed up last year in DLC for Call of Duty: Ghosts, but he is in the spotlight with the latest DLC for Mortal Kombat X. After some time with Predator and him going up for buy for non-Kombat Pass owners today, we are here to answer one question, is the Predator DLC worth purchasing?

Like the other DLC characters, Predator only has one costume that looks like his original appearance in the first film. He has the signature dreadlocks along with silver plating on parts of his body, with the chest covered in black mesh. The formidable enemy is one of the tallest in the game, coming in at just under the height of Jason, though Predator is in a crouched motion at all times.

Naturally, Predator has a number of iconic moves added into the game across the three variations. First of all, he has his Stealth attack, which is similar to other invisibility moves in Mortal Kombat. The Scimitar Stab has the Predator lunge forward and grab your opponent and throw them to the ground in front of you or behind you, depending on the button input you do.

Smart-Disc is one of the most useful weapons in the game, as it is helpful anywhere on the screen. Predator throws the disc in the air and after a delay, it targets the enemy, with the enhanced version providing two at once.  It also does good damage, but the only downside is that it can be easily defended due to the timing, but in quick combat it can be very useful, especially with the air versions present.

The Warrior variation that is the default middle one Yautja Strike has the Predator leap in to the air and pounce onto the enemy, but really only works at medium range or you will either fall short or overshoot the enemy. There are ways to make it work from longer or shorter distances by adding an additional button input, but it doesn’t always react too well. Dread Slam absolutely only works from a short distance by slapping the opponent with your dreads, but luckily it is a speedy move with it requiring you to be up close. The last of the Warrior exclusive moves is Self-Detonate, which is exactly as it sounds. It will hurt you a good bit to use compared to the damage dealt to the opponent, but is completely unblockable and the enhanced version lessens the damage to you. The laugh he uses is also from the original move as well, which is a nice touch.

The Hish-Qu-Ten variation gives Predator the Plasma Caster to use that makes the character much better at long range. In addition, the mask is now black instead of the classic look from the Warrior variation. Plasma Shot is the major addition here, with the ability to choose straight, up, or to the ground. In addition, the ground shot can be done close or far, depending on the input. There is also the Plasma Caster attack that lets you start the Plasma Shot process but then alter the trajectory before firing. Overall, this variation is pretty standard, but it can be fun for someone that enjoys the long range game.

Lastly, we have the Hunter variation that looks like the other two forms, but with a dark black mask now. The Hunter variation is probably the most unique of all, with Medi-Kit allowing you to heal yourself. Even more so is the large focus on different versions of Snag. While the Hish-Qu-Ten variation relied too much on the Plasma Shot and as a result felt lackluster, the Snag move here does not feel overused even though it is most of the variation. The basic Snag is thrown forward and can be detonated to not only damage the enemy, but grab them and hang them upside down to allow for a barrage of attacks. There is an enhanced version that quickly detonated upon impact while others depend on the distance. Just like the last, this variation doesn’t add a ton, but it still can be a lot of fun for the right kind of player.

Predator’s three variations only aren’t all that different from one another outside of one key element for the most part. Warrior is probably the most distinct and useful in typical combat overall, but any of the three can be good when mastered. Unlike Jason that had a variation with a completely new moveset from top to bottom, Predator is pretty standard throughout each, with the variations merely adding a small addition to the moveset instead. This isn’t a bad thing, but does make the three variations not feel quite as special as with some characters.

Mortal Kombat X’s X-Ray moves are always brutal and Predator’s is no different. Able to grab enemies up close with his Scimitar, Predator tosses them over his head and shoots a Plasma Shot at their face, which focuses in on the skull upon impact. Predator then leaps into the air and throws his Smart-Disc to sever the vertebra of the neck. He then dives down with his Scimitar to crush the opponent’s stomach completely. This is definitely one of the rougher X-Rays in the game, but what else do you expect from Predator?

Like the other two DLC characters, Predator comes with two fatalities. The first is Ghostin’ Us, which has him stabbing the opponent with his Scimitar in the chest before then thrusting a Smart-Disc into the head to slice off the top of the head, leaving half of their brain exposed. The second, Certain Death, is more signature Predator where he pulls out his Plasma Caster and turns on his thermal vision scan while locking onto the enemy. He then fires shots at the stomach, arm, and head, with each one completely obliterating that part of their body. I did have one friend complain that Predator didn’t have a fatality where he removes the skull or spine of his enemy as he is known for, but the two provided are still pretty solid regardless.

The brutalities are also pretty cool, with Predator using his Scimitar to chop off the head or half the body through a throw or X-Ray, the latter of which is not used too common with the brutalities. The Warrior variation allows you to use Self-Detonate as a finishing brutality, which is rather fitting by having both you and the opponent completely blown to bits. The Hish-Qu-Ten variation has a brutality where you use the Plasma Caster to fire one shot directly into the middle of their skull and then shoots off both arms with followup shots. Lastly, the Hunter variation brutality is awesome by using the Snag attack to set a trap and grab the opponent. They then are taken off screen and Predator cloaks and disappears. Seconds later you hear a scream and the body is brought back time, this time with the flesh ripped off and nothing but the muscular system showing. This one almost felt like a fatality in of itself.

After trying out Predator for awhile, I have to say he can be a lot of fun to use in a brutish, but still calculated sense. Some of the moves he has are best up close, while others are best from afar with some strategy. The variations aren’t the most impressive in the game, but still add signature Predator attacks that can be fun.

For $7.99, you will get Predator and the special Predator themed skin pack that is the best so far. Jax gets a special Carl Weathers skin from Predator itself, which is absolutely fantastic, along with two others that are only themed rather than directly from the movie. With Jason, Tanya, and now Predator all being worthy purchases, the Kombat Pass is looking better and better as an option, but even for a solo purchase, I would say the Predator DLC is well worth the cost of admission.

Home / Original Articles / Mortal Kombat X Predator DLC Impressions – Is He Worth It?