Mortal Kombat X Tremor DLC Impressions – Is He Worth It?

The latest news in the world of video games at Attack of the Fanboy
July 28th, 2015 by Dean James 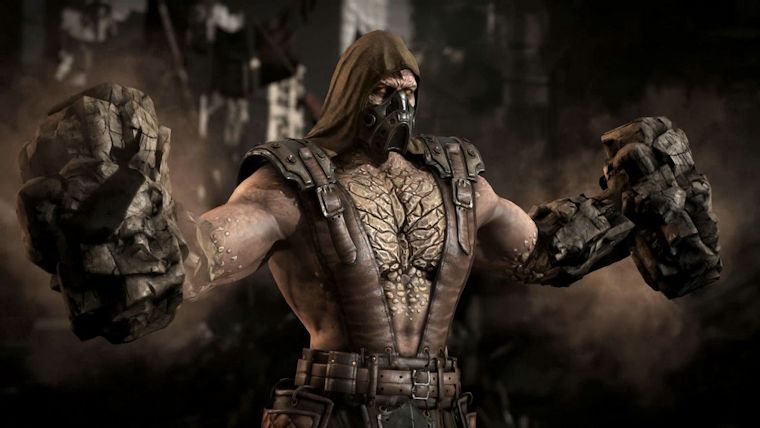 Mortal Kombat X released back in April with a very respectable roster of fighters, but even before release we knew that four DLC characters were coming beyond Goro through what they called the Kombat Pass. We’ve already had the release of the first three with Jason Voorhees, Tanya, and Predator, and now it is time for the release of the final character, Tremor.

Tremor first debuted back in Mortal Kombat: Special Forces for PlayStation. though he was originally planned for Mortal Kombat Trilogy before being cut. He showed up in “Challenge Mode” only back in the Vita version of Mortal Kombat X, but now he is finally available for purchase as a full playable character in Mortal Kombat X today for non-Kombat Pack holders, which begs the question, is the Tremor DLC worth purchasing?

Tremor comes in with multiple different designs, though nothing too drastic, across his variations. In fact, one of the variations comes with two looks itself. The default middle variation Aftershock actually comes sans the mask that we’ve seen in most promotional images, giving us a look as his freaky face. The other two variations add the signature ninja mask, as well as some coloring to the body, depending on which one you choose.

Tremor obviously has an earth-based moveset that spans most of his moves. There actually are only a few that are not tied to each variation however. Rock Drop has you summoning a rock and dropping it on the opponent. The strengthened Rock Shower does even more damage. This has good range, working from up close and afar. There actually are close and far specific versions, which are used to catch enemies on the move, though it takes some good predicting.

Ground Pulse is an incredibly powerful move at long as your opponent is standing on the ground. Tremor pounds into the ground and deals unblockable damage to the enemy. Even better when you power it up with the meter to be Ground Quake, where it has three hits rather than just one, further disorienting the enemy.

The default middle variation known as Aftershock looks as described above, with no mask or special coloration to the body. Tremor gains the ability Rock Toss, where you pretty quickly throw a rock straight overhead at the enemy. In comparison, there is also Rolling Stone which is quicker and attacks enemies at ground level. Earth Shake is kind of strange, as it’s on a delay, but you touch the ground and it rumbles a few times before hitting the enemy. If you use it in the air however, it instantly knocks the opponent down. Stone Punch turns Tremor’s fist into stone and hits the opponent hard, with the ability to do it as an uppercut or into the ground as well, though the latter two do less damage than straight away. Lastly, you have Stone Shatter, where you break a rock right in the face of the opponent for damage up close.

The kind of disappointing aspect of Tremor is that the variations honestly all feel like the same, with just different colors and elements attached. The left Crystalline variation basically takes the Aftershock moveset and repurposes most of the moves to krystal instead of stone. This including Krystal Toss, Rolling Krystal, Krystal Punch, and Krystal Shatter. The two additions here though are Krystallization, which temporarily allows you to take less damage, and Summon Krystal, which forms a krystal on the ground. You can then use it like the usual stage interactive objects, either to throw at the enemy or bounce off of.

Metallic is more of the same, though instead of only one type of form, you have two here. Starting off is the gold looking form, which has the same type of moves with Gold Toss, Gold Boulder, and Metal Punch. The only difference is Gold Punch, which summons a gold ball and shoots it at the torso of the enemy.. Tremor can also go between gold to a lava base body with Lava Skin, and then back with Gold Skin. Lava Skin also has the same basic moves with Magma Toss, Rolling Magma, Lava Punch, and Magma Shatter.

Tremor’s X-Ray attack is quite gruesome, which starts with him sending the opponent into the air by lifting the earth beneath them. He then forms a giant rock that he charges right at their torso and breaks their rib cage and damages vital organs. Tremor then flips them over his head and breaks their back on a rock, before then jumping into the air and landing on their neck with his foot to break their neck on the rock.

Tremor also has five brutalities to use, three of which are exclusive to each of the variations. One of the non-exclusives, Blood Rock, actually uses the X-Ray move from above, but when it gets to the second step where the back goes on the rock, it instead impales the enemy. Rumble Trouble then uses Ground Quake and traps the enemy by their foot in the ground and then nothing is left but a skeleton after the full body is transformed. Rock Head uses Rock Toss in the Aftershock variation and literally dislodges the head, while the rock takes its place. Krystal Khaos is of course from Crystalline and uses Summon Krystal, which can then trip the head and crystallize most of the body after being thrown at the opponent. Lastly, It’s Me Tremor uses Metallic and uses Gold Punch to turn the enemy completely into gold, causing them to topple over.

Of course, we also have the two fatalities as well, which both are quite awesome. Stone Tomb is as it sounds, with Tremor trapping the opponent by the feet and then summoning two giant rock walls and completely squashing the enemy between them. The other fatality is Stalag-Might, which creates spikes out of the ground that impale the enemy in three places from behind. Tremor then makes giant rock hammers out of his hands and obliterates the opponent’s head between the two of them.

After playing as Tremor for awhile, he definitely is a lot of fun to use. He definitely has the most downside of any of the opponents variation wise, as literally all of them are the same, just with different colors or stylings being used on them. However, Tremor’s moveset itself is very unique to Mortal Kombat X and makes him a lot of fun to use regardless.

For only $7.99, alongside another klassic costume pack, Tremor is definitely a worthy choice. If you can’t stand the idea of a character that basically has one large variation, then you may want to stay away. But if you want someone that is very different from anyone else in the series for that matter, Tremor is worth the purchase. With all four characters out now, I definitely say the $30 Kombat Pack is worth it from top to bottom, with it being an absolute no-brainer if you can find it on sale sometime. Now we just have to hope we get even more moving forward, especially with some of the other playable story characters like Rain and Baraka.

Home / Original Articles / Mortal Kombat X Tremor DLC Impressions – Is He Worth It?