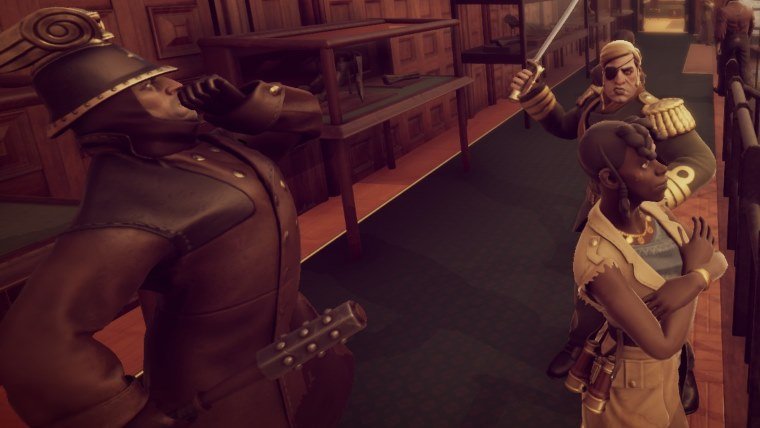 Killing your friends and random other players is a key part of most multiplayer gaming experiences. Few take this core gameplay mechanic and make something truly interesting out of it though, usually just giving you different varieties of guns and plopping you into an arena to duke it out. The Ship was one of the rare exceptions to this rule, crafting a multiplayer murder fest that was unique across the gaming spectrum. Now the team behind that game is back with a more refined take on the gameplay. Murderous Pursuits was at PAX East 2018 and I got to play it, coming away just as excited as I’d gone in.

If you’ve never played The Ship Remasted before, the premise of the game is that you and a bunch of fellow Hunters are onboard a giant cruise ship. Each of you is targeting one of the other, but you don’t have any idea who is a Hunter and who is an NPC. You have to hide among the crowd to avoid your own Hunter while tracking down your quarry and taking them out without getting spotted and arrested by the guards.

Murderous Pursuits follows this same formula but adds, tweaks, and improves in nearly every way in order to create the definitive version of this hide and seek style multiplayer. Some of the additions help the player, while others make it harder to track your kill. For one, you don’t get a clear idea of who you are hunting. Instead you have a radar to show you their general direction and proximity. You can tell if they’re on the same floor and nearby, but to figure out who among the crowd is your target will take skill or a powerup. 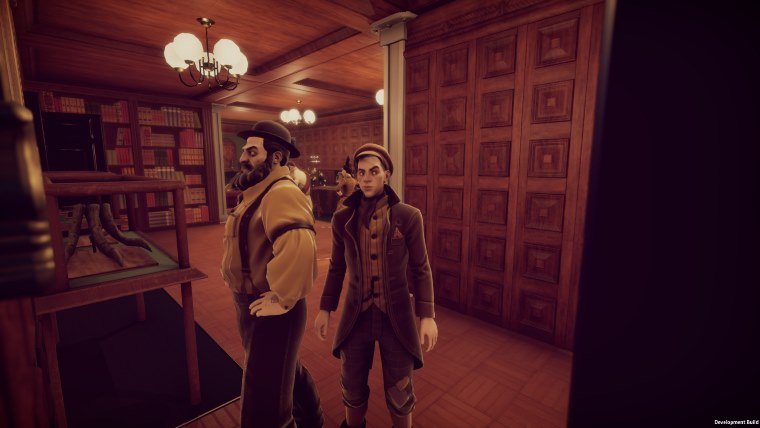 In my play session I chose an ability that let me perform an area scan near myself. This meant I had to get close to my target, following the radar, then pop that ability to narrow it down. This really helped, because Murderous Pursuits has tons of NPCs who are getting in your way. Of course, just finding my target was the first step, now I had to take him out, and hopefully in style.

You see, it’s not just kills that decide the winner in this particular gamemode of Murderous Pursuits. You’re earning points for style and flair as well. My other chosen ability helps here as well, allowing me to taunt my recently deceased foe, earning extra points. So, once I’d identified them I had to follow them as they wandered the ship, hoping for a quiet place to perform my dark deed.

Guards roam the main areas of the ship, and you’ll never be able to get a kill while they’re nearby. Moving into a hallway is great, but you’ll need to keep close. You want to stay hidden among the crowd to avoid another Hunter coming up and taking you out. Springing is a dead giveaway, and your “revealed” meter at the bottom of the screen will fill up fast if you do so.

Along with all of this multiplayer gameplay, the team behind Murderous Pursuits is trying to add in some story. The Ship was pretty barren in this respect, but Murderous Pursuits is changing that with a scifi setting and more focus on exactly why you’re killing all of these people. Basically the game takes place in the future and Mr. X, a character from the original game, has taken all of these assassin’s and pit them against each other to determine who’s the best. You are seeking his favor, so creative kills and taunting enemies is key.

Murderous Pursuits offers the kind of multiplayer that few other games do, and that helped make it a hit at PAX East 2018. If you’re looking for more subtlety in your online multiplayer, watch for this to hit on April 26th for PC, with consoles possibly coming in the future.